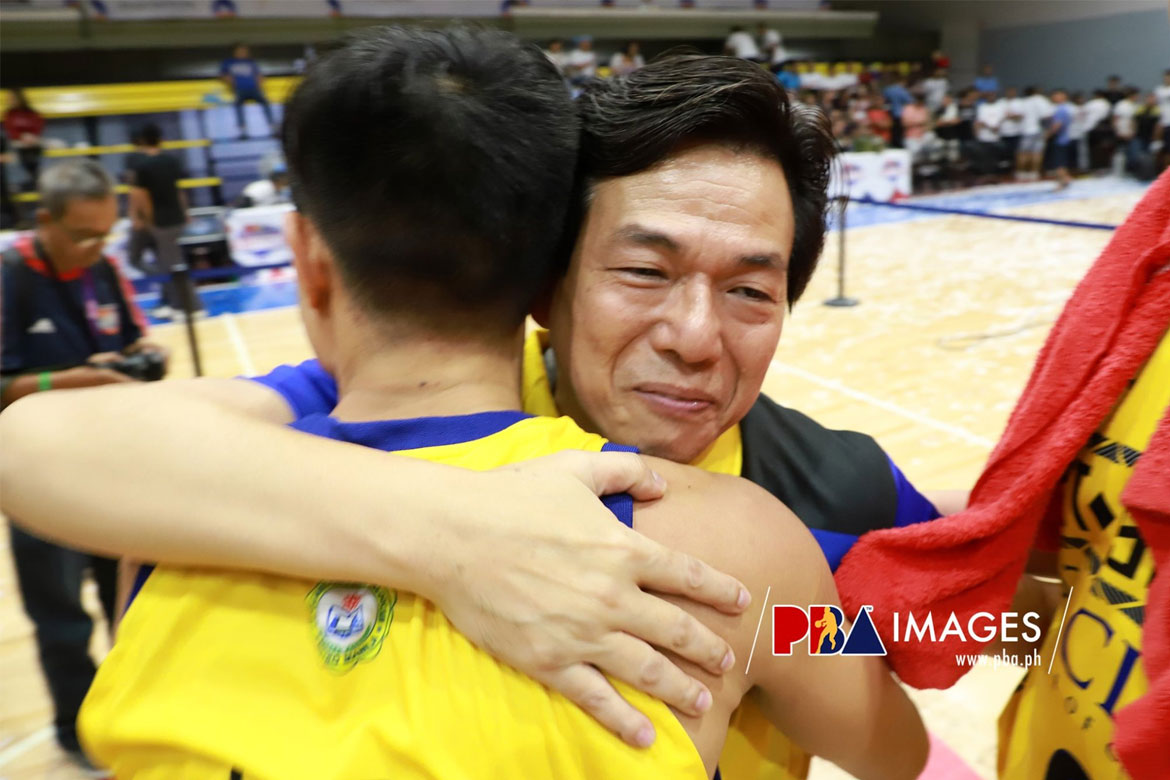 Tiu started coaching in the developmental ranks back in 2013, when he served as chief mentor of the now-defunct Jumbo Plastic Linoleum Giants franchise until 2015.

Tiu then finally got to the Big Dance in both the conferences of the 2018 season with Che’lu Bar and Grill. But he never brought home the bacon, no thanks to Zark’s-Lyceum and Go for Gold.

Now, the 56-year-old tactician has finally gotten what he has been wishing for all these years.

“I’ve been here for years. Puro semis, quarters, finals. This is the first time I won. It maybe destined for me,” he said.

For Tiu, this championship is particularly memorable since he managed to snare his first ever PBA D-League with the help of the young St. Clare College boys.

Still, for Tiu, the credit goes to his whole crew for the commitment they showed that led to this success — a success many believed they would not enjoy since they were viewed as the underdogs.

“After we lost in Game One, nag-usap-usap kami, a simple lunch lang. Sinabi nila na talagang gusto nilang manalo. Sabi ko we can’t just talk it — we have to translate it sa loob ng court,” he said.

The partnership of BRT Sumisip Basilan and St. Clare obviously is a fruitful one. Will they make an encore next year?

“If given a chance.

Injury-stricken or not, Kalei Mau wants to be on the court for F2