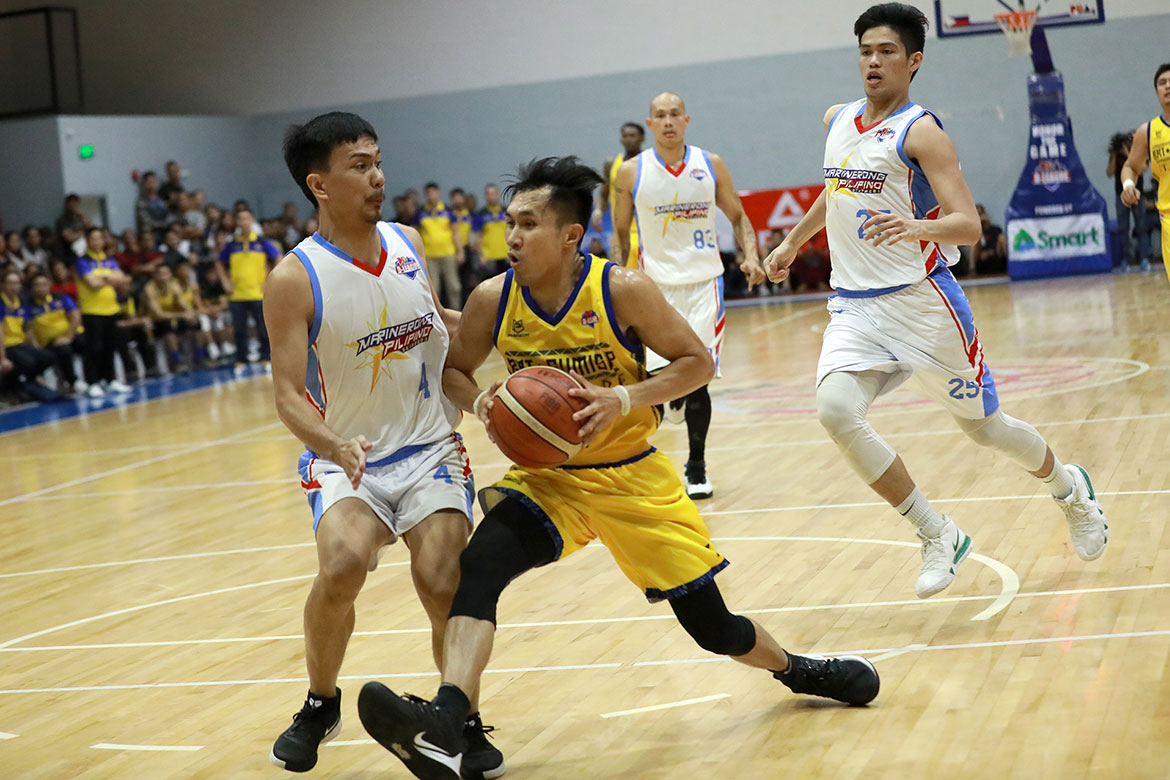 Leo Gabo felt overwhelmed after he and BRT Sumisip Basilan-St. Clare won the 2019 PBA D-League Foundation Cup at the expense of the veteran-laden Marinerong Pilipino on Monday.

Many saw the Saints as the underdogs, and many believed that the series was over when they lost in Game One. They went and proved otherwise, though, sweeping the last two games en route to the title.

For Gabo, being able to finally call himself a champion means so much, given the journey he has had.

He never had much success during his time with the Mapua in the NCAA. The highlight of his stay with the Cardinals was probably the brawl he got into during a match versus EAC in 2014.

He then tested the D-League waters in 2018, but that didn’t pan out. He bolted from Mila’s Lechon after one game, then decided to stick with Quezon City in the Maharlika Pilipinas Basketball League

The Mighty Roasters were the first team in D-League history to pull out from the tilt after losing their first four games by an average of 26.3 points, including a 47-point loss to Zark’s-Lyceum.

“Sabi nga nila, always do good and God will do the rest,” he said. “Sobrang sarap na andito ako ngayon.

The PBA Rookie Draft is expected to take place on December. Asked if he has intentions to make himself eligible for that, Gabo said that he will think things through first.