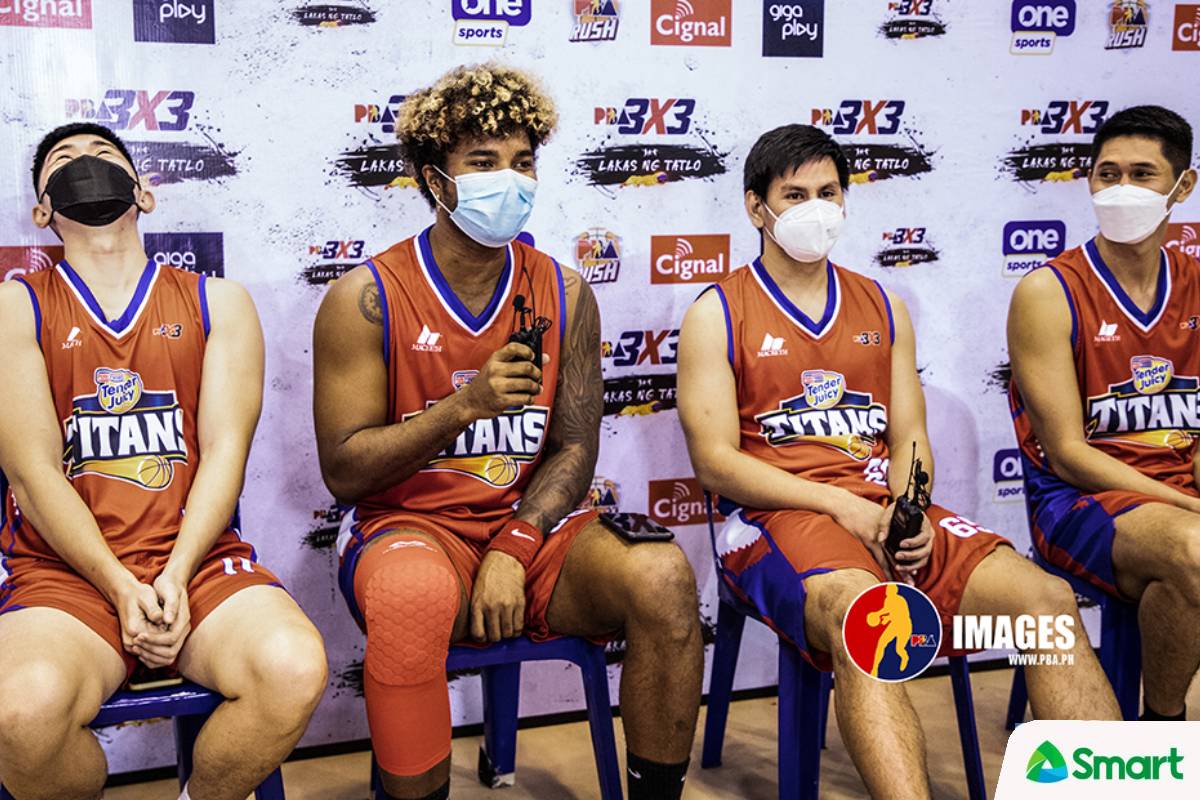 Joseph Eriobu vowed to give it his all as a way of repaying the faith of Purefoods for giving him the opportunity to represent the club in the PBA 3×3.

The 29-year-old is filled with gratitude as the Tender Juicy Titans provided him another crack to show his wares in the halfcourt game after being let go by Sista, the team of Rain or Shine in the new league opening this weekend.

Last July, Eriobu was named part of the Super Sealers, together with the Elasto Painters’ 2021 draftees Franky Johnson, Kenneth Mocon, and RJ Argamino.

But about four months later, EMBM, his agency, announced via social media that the former Mapua Cardinal will be joining Purefoods instead.

So, what happened? Eriobu explained that it was because of the PBA 3×3’s rules, which only gives room for one Fil-foreign player per team.

Sista lined up Johnson, a Fil-American, instead of him. Yes, the 6-foot-4 winger is actually classified as a Fil-foreigner in PBA terms, for he was born in Hong Kong — similar to the case of San Miguel star CJ Perez.

“Kasi dahil doon sa Fil-for rule,” said the Fil-Nigerian, who had a stint with Hong Kong Eastern in the ASEAN Basketball League in 2019.

Johnson, though, wouldn’t stay with the 3×3 team for long. He was called up by RoS for the regular 5-on-5 competitions, which saw him enter the Philippine Cup semi-bubble in Bacolor only to leave after a short while due to an illness.

But when one door closes, another one opens, as the old saying goes. And it was Purefoods who came knocking, much to his joy.

Now, he’s about to represent one of the league’s most popular teams, together with former D-League teammate and beloved franchise figure Val Acuna, Pao Javelona, promising guard Jed Mendoza, and Jun Bonsubre.