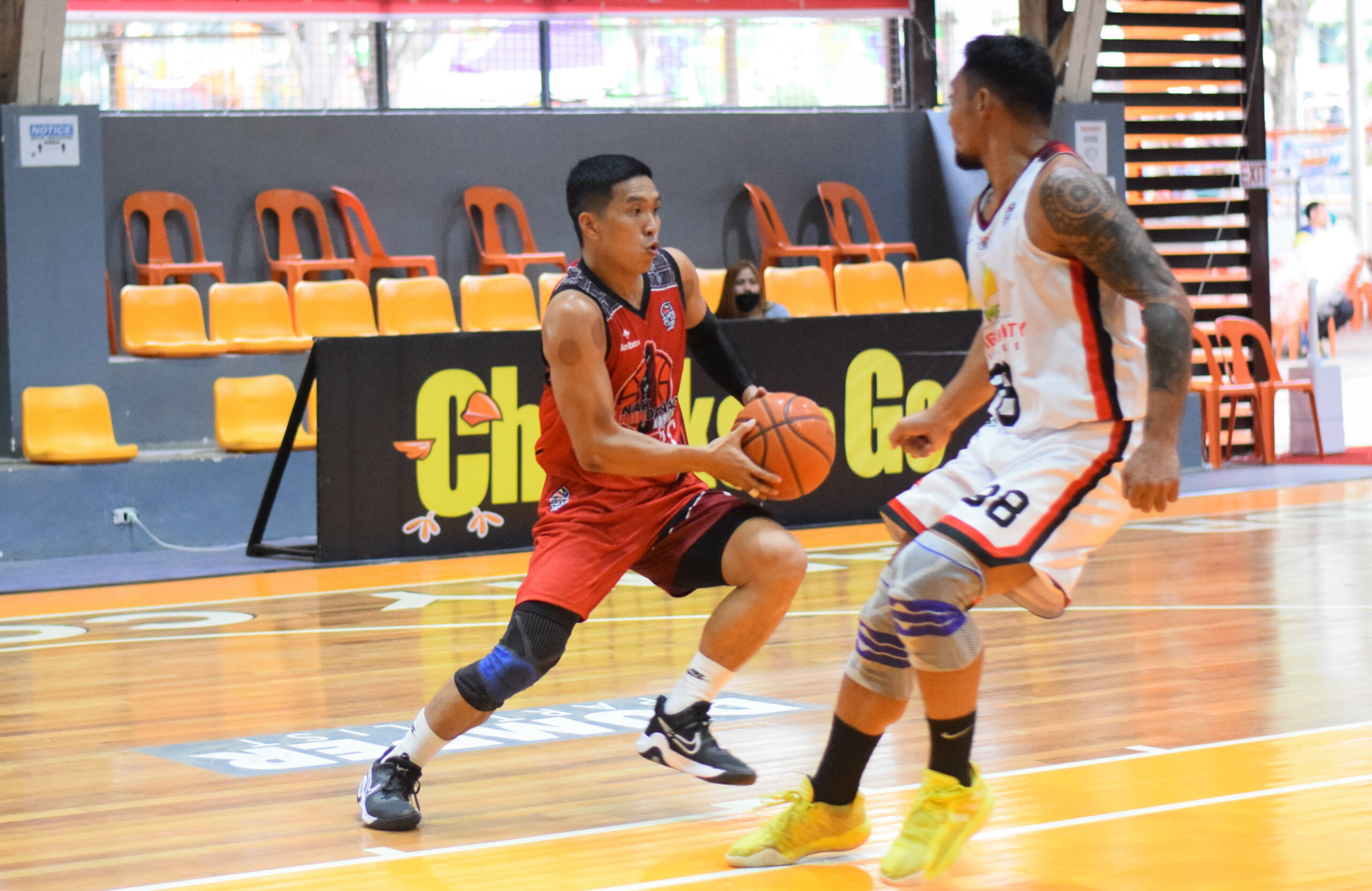 He only arrived at the start of the second round as part of the replacements for Lester Reyes and Joseph Peñaredondo. Both left the Anak Mindanao Warriors squad for the Chooks-to-Go Maharlika Pilipinas Basketball League Invitational.

But Arong sure brought his offensive artillery with him, highlighted by his performance on Wednesday evening here at the Pagadian City Gymnasium.

The 6-foot guard out of Lapulapu City, Cebu led Zamboanga Sibugay to an 82-71 beating of MFT Iligan.

He unleashed a game-high 23 points on 10-of-20 shooting, alongside four rebounds and two steals off the bench. He was also a plus-12 in his 19 minutes on the floor.

But little did people know, the Far Eastern University product was coming off an ACL injury.

Jaybie Mantilla came together with Arong at the start of the second round.

They were badly needed as Zamboanga Sibugay is jockeying for position for a twice-to-beat incentive come the quarterfinals.

The Warriors stand at 6-5, tied with Pagadian for third. However, the latter holds the tiebreaker, having won both of their matchups.

Second, third, and fourth seeds will hold the twice-to-beat edge in the quarters. Roxas and Basilan BRT can still get up at 5-5 and 4-6, respectively.