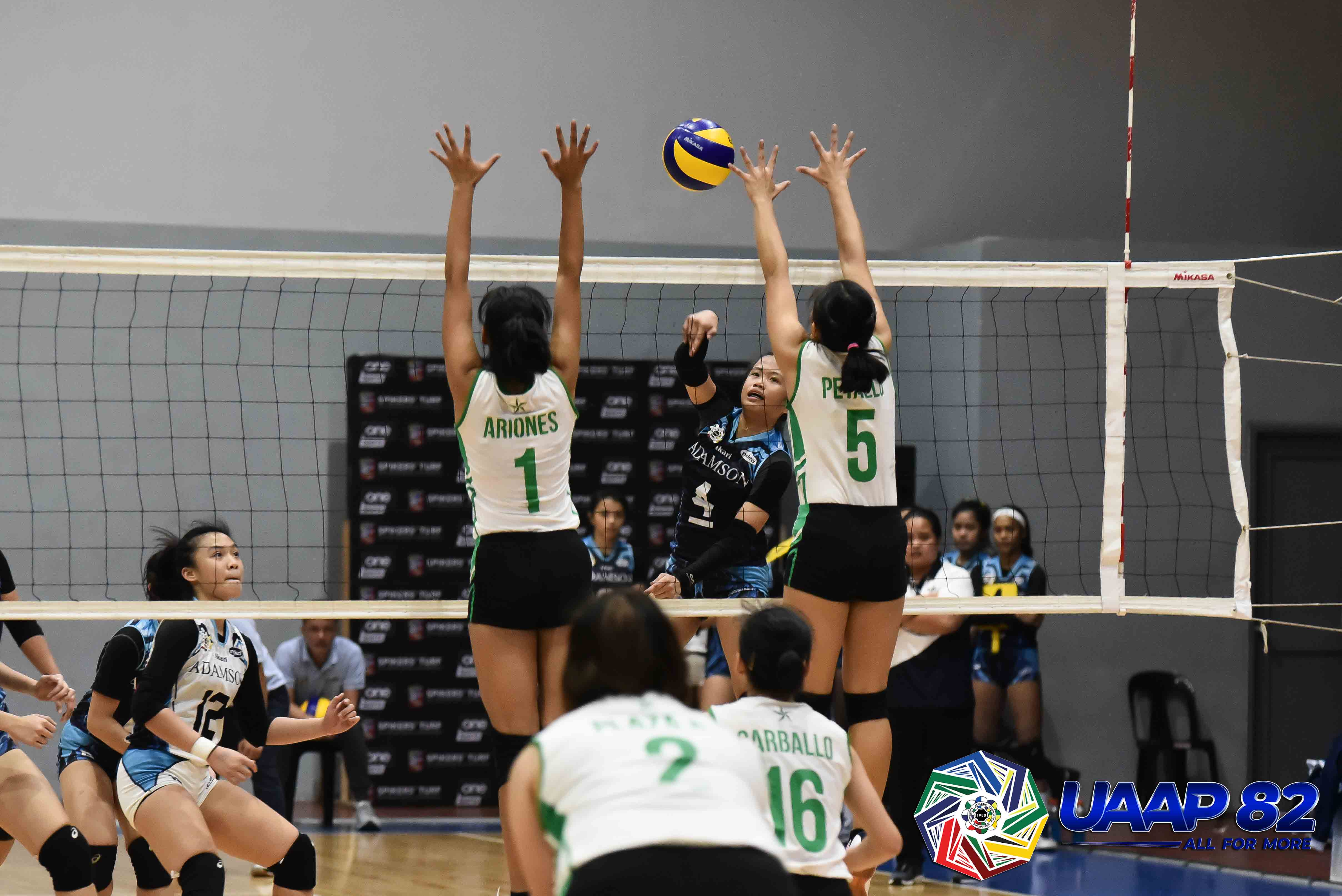 Adamson University, Far Eastern University-Diliman, and University of Santo Tomas secured victories against separate foes to open their second round campaigns on a bright note in the UAAP Season 82 Girls’ Volleyball Tournament at the Paco Arena Saturday.

Adamson and FEU tied in third place with identical 4-3 slates, while UST rose to 6-1 in second spot.

National University-Nazareth School, which drew a second round opening bye, is unbeaten in six matches.

Kate Santiago scored all but one of his 12 points from spikes, Raisa Ricablanca added eight points off the bench as May Ann Nuique got seven markers for the Baby Falcons.

Trailing 13-18 in the third set, the Baby Falcons went on a 12-5 finishing kick topped by Santiago’s down the line kill, for the victory.

Irah Jaboneta registered 11 points for the Junior Lady Spikers, who fell to fifth place at 3-4.

The Junior Warriors fell at 1-6, while the Junior Maroons dropped their seventh in a row.