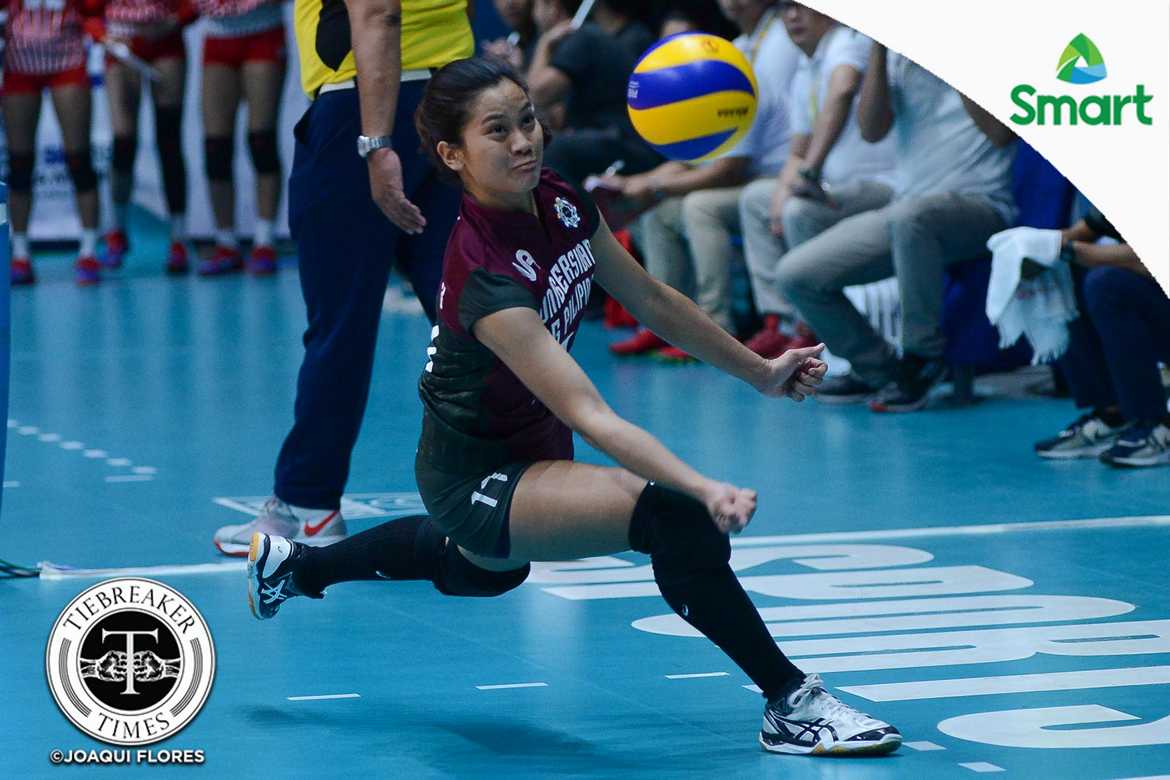 February 19, 2017 was the last time the University of the Philippines Lady Maroons had carved out a victory. Since then, they had barely mustered set wins.

For captain Ayel Estrañero, their opponents had been doing better on the court compared to the Diliman-based side during that slump that had lasted for 24 days.

“Let’s give credit naman to all the other teams,” she said. “They actually did really well nung nakalaban namin sila.

“It is normal that you lose some, you win some.”

The Maroons eventually finished this agony with a relatively dominant victory against the University of the East Lady Warriors, Wednesday afternoon.

What clinched the win was that everyone on the team wanted to break out of the team’s slump.

“Mas lumaban kami sa game na ‘to,” she pointed out.

Estrañero also believes that they played more fluidly in this game, save from some stretches. Despite a measly 19 excellent receptions, the Lady Maroons finished the game with 66 digs that led to 42 excellent sets off the captain.

But with a 5-4 slate, the former Palarong Pambansa Best Attacker admitted that their confidence is still slowly getting back up.

“I cannot speak much of the confidence,” the 20-year-old admitted.

“But all I know is yung mga next games namin, lalaban kami. There’s so much to improve on.”

Like any other team, the Lady Maroons went to every match wanting to win, but they didn’t always come away with their preferred result. That is why, “Right now, we’re [just] happy to get the win.”

But aside from winning, the Lady Maroons were extra motivated entering their game against UE. Senior Kathy Bersola shared that she is dedicating the win to Kristel Tejada, an Iska who was a victim of circumstances leading to suicide.

Estrañero believes that it was a good sign for the team to get motivation from all fronts.

“Siyempre masaya kami. We have many motivations, but we have the same goal: to play well and get the win,” the native of Bacolod shared.

With the Lady Fighting Maroons finally getting over the hump, there is really nowhere to go but up.