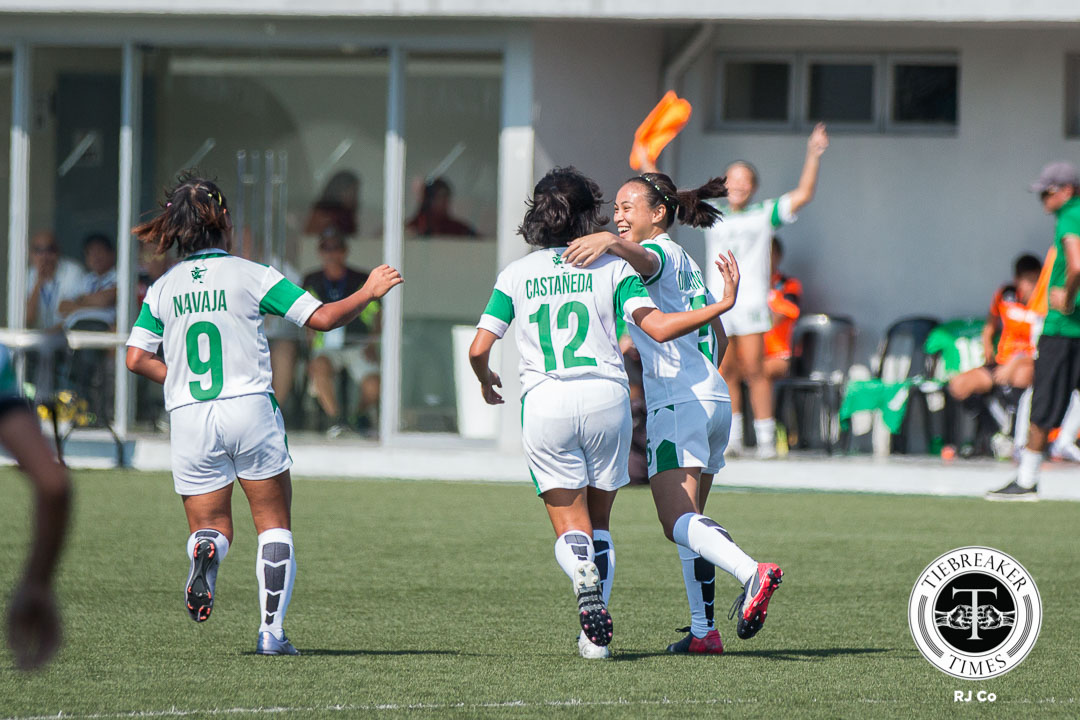 The third game in the season and another big win for the De La Salle Lady Archers. With one game to go before the end of the first round, is it wrong to say that the Lady Archers can possibly reclaim the championship this season?

The Lady Archers put in another strong performance in their UAAP Season 78 Women’s Football Tournament clash against the University of Santo Tomas Growling Tigresses. La Salle started the match fast and finished it strongly, at the expense of a helpless UST.

La Salle’s eventual dominance was evident as soon as the match kicked off, when their intensity paid off early in match. Nicole Andaya had another strong performance at the right flank, and it was no surprise most of the attempts were created from the right side. Andaya crossed the ball, and it was headed to goal by Inquig but a handball occurred inside the UST box. The referee called for a penalty and Castañeda duly converted it at the 8th minute.

Even if the Lady Archers led, 1-0, they were frustrated as their lead should have been doubled. Rookie striker Arthur received the ball at the right flank and unleashed a good cross towards the UST box. However, Castañeda and Inquig failed to slot the ball home with the goal at their mercy, hitting the woodwork. It was a lucky escape for Growling Tigresses goalkeeper Nicole Reyes and her team, as the match would have been killed off at that moment.

Mary Duran joined in the bombardment, but she was denied by the UST crossbar, after her long ball bounced awkwardly and hit the bar with Reyes helpless.

That’s not to say, though, that UST didn’t have any chances. If Andaya had been La Salle’s most potent attacker, then rookie Charisa Lemoran was UST’s most dangerous weapon. Lemoran forced La Salle center-back Nina Arrieta into an error, but her shot was easily caught by Palacios

Lemoran’s striker partner, Hazel Lustan, was also dangerous on her own. Lustan dribbled past the La Salle defense and forced Palacios to rush outside her area. Her shot, though, was deflected out by Regine Metillo.

A fragile 1-0 lead was what La Salle took into halftime, while UST were lucky to not have conceded more. Come the second half, however, a reinvigorated La Salle arrived on the pitch.

Arthur signalled the Lady Archers’ intent to end the contest when her shot went wide just three minutes after the restart. She finally got the goal she deserved at the 54th minute when her shot inside the UST box was mishandled by Reyes and crept in slowly. Reyes, again, could be said to have been at fault for La Salle’s third goal when she failed to catch the ball properly from a Inquig shot, and the latter made no mistake when she rebounded the ball into the net.

Even if the game was virtually over, the Growling Tigresses still pushed for the goal that could have given them hope for a comeback. Jennizel Cabalan and Lemoran had attempts on the La Salle goal, but the former shot hers over the goal and the latter’s was easily caught by Palacios.

Blood dripped from the Growling Tigresses and the Lady Archers were eager to capitalize. Castañeda, who opened the floodgates in the first half, added a fourth goal at the 78′ minute when her longshot from around twenty-five yards looped inside the UST goal. Three minutes later, Arthur got her second in the game and the fifth for La Salle with a tap in via a pass from Dimaandal.

Dimaandal herself joined the party at the 86th minute when Arthur returned the favor and passed it to the former, who only had to keep her composure and finish in front of the UST goal.

For La Salle head coach Hans-Peter Smit, it was the second half that pleased him after the match. Smit felt that his players had laid down in the first half because of the heat. “It cost me one tactics board that’s now into pieces. They played the way they’re supposed to play. I didn’t know why we had to wait for the second half because as you can see we had all the chances in the first half. That’s what I’m of when it comes to early goals. The players tend to relax a bit when that happens. I just put them back in their tracks and they performed well naman in the second half which is what matters most is we end up with three points.”

It was a fantastic performance from the Lady Archers, particularly in the second half, and they’ll no doubt be brewing with confidence in their next game against the University of the Philippines Lady Maroons. The game shall be held on March 12, 2016 (Saturday) at the McKinley Hill Stadium in Taguig. On the other hand, UST has finished the first round.

The result left La Salle with 9 points and top spot in the standings, while UST have 3 points in their four games. 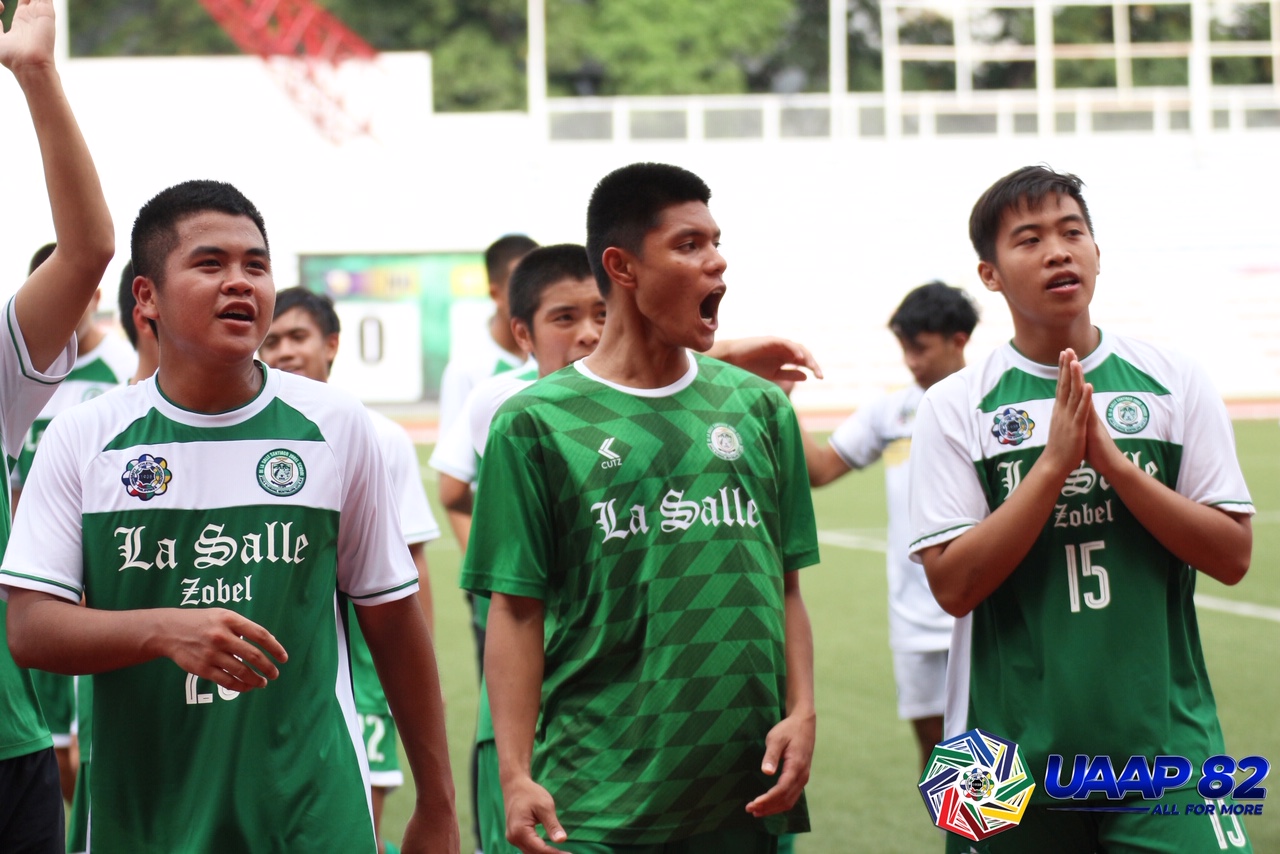 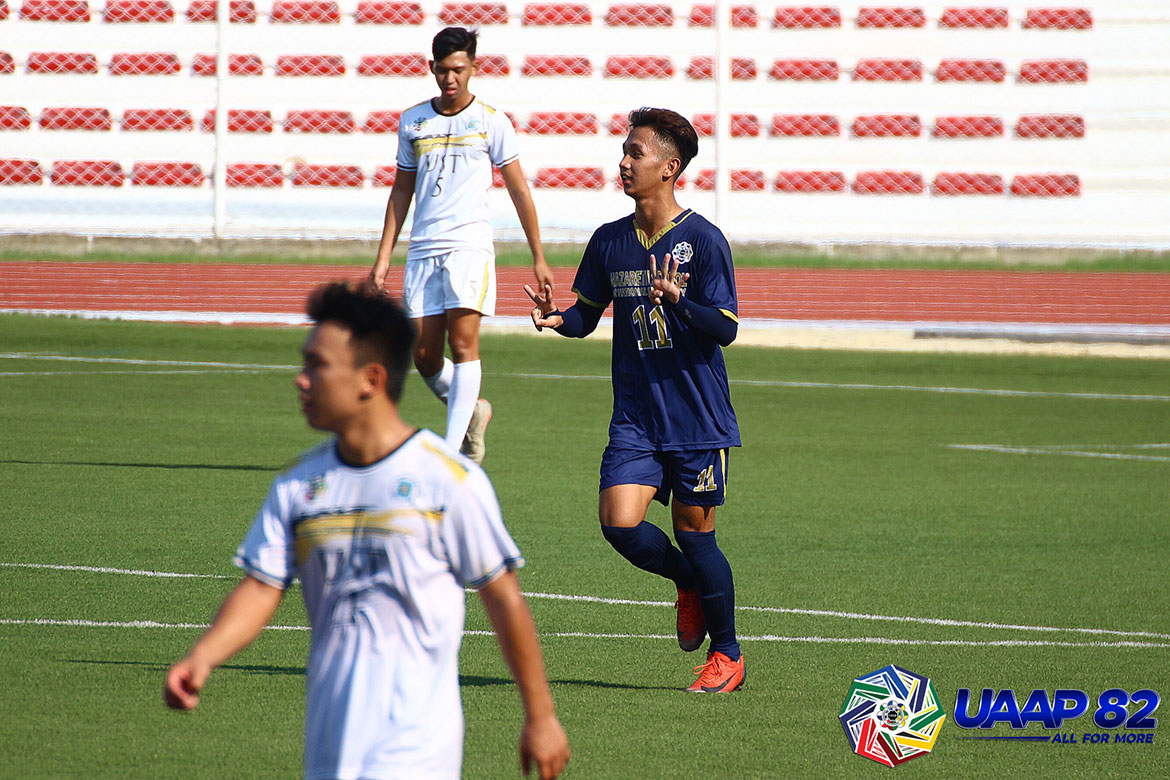