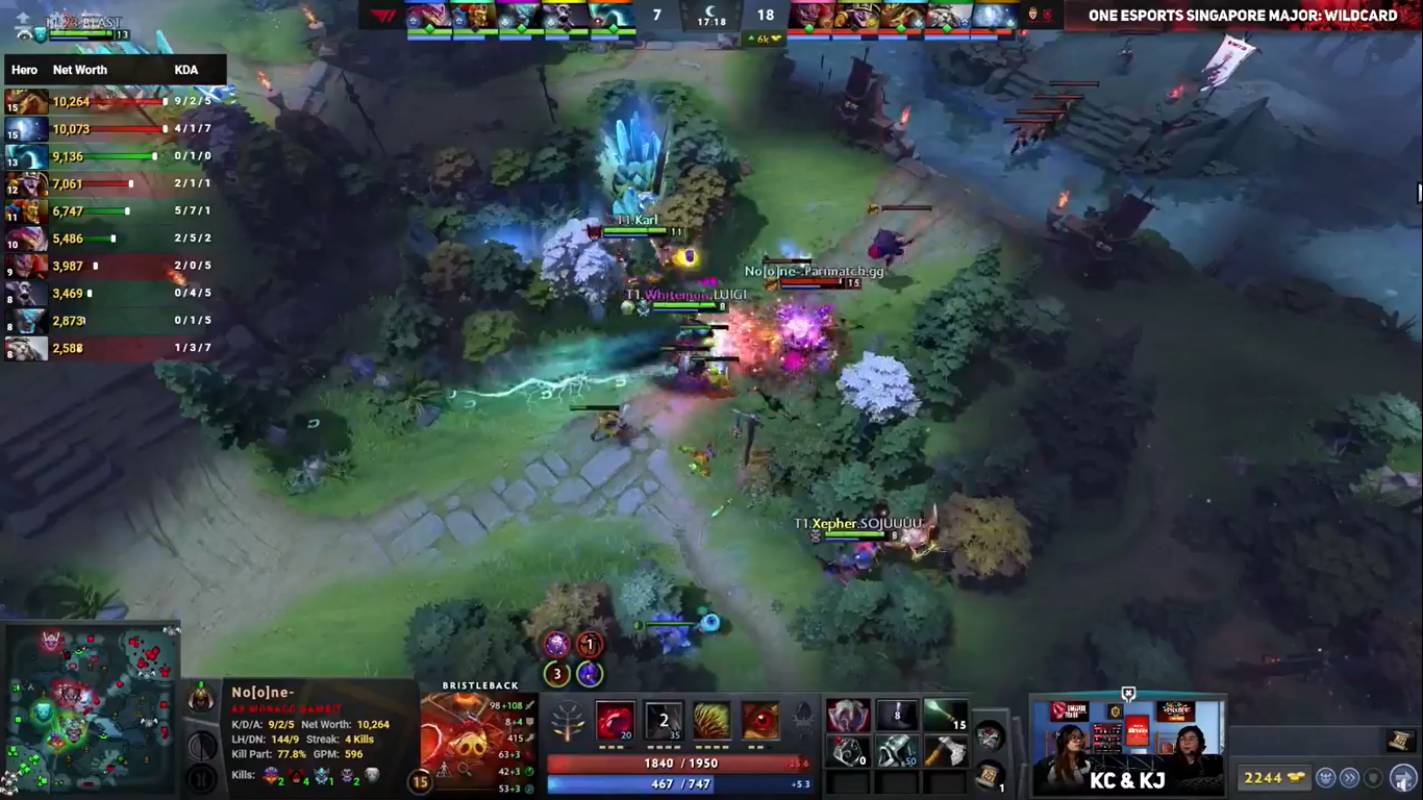 The Carlo “Kuku” Palad-less T1 was manhandled by AS Monaco Gambit on the opening day of the One Esports Singapore Major 2021 wild card phase via a 2-0 sweep, Saturday morning.

The 23-year-old two-time The International veteran then logged a 5-0-11 kill-death-assist tally in the dominant 19-4 Game Two win with his Viper.

Both games did not reach the 30-minute mark.

Monaco Gambit carry Kiyalbek “dream” Tayirov had a phenomenal game as well with 11 kills and 15 assists against one death in Game One playing Io. Team captain Akbar “SoNNeikO” Butaev finished with four kills, two deaths, and 11 assists with Lion while Vasilii “AfterLife” Shishkin’s Timbersaw had four kills, a death, and eight dimes.

Filipino midlaner Karl “Karl” Jayme (Batrider) struggled all throughout the series, putting up five kills, 10 deaths, and three assists in the opener while Lee “Forev” Sang-don (Pangolier), who filled in for Kuku who was out due to ‘health problems’, had two kills, 10 deaths, and five assists.

Nuengnara “23savage” Teeramahanon (Morphling) had three kills, three deaths, and an assist in his first game wearing the T1 jersey.

T1 went for the Alchemist support in Game Two to backstop Karl’s Queen of Pain and 23savage’s Slark, but met the same outcome in the opener as the Viper-Monkey King duo of No[o]ne and dream knocked them down with ease.

#ReadMore  Chris Banchero on career-high: 'I think it was my turn tonight to score'

In this article:2021 ONE Esports: Singapore Majors, AS Monaco Gambit, Karl, Kuku, T1