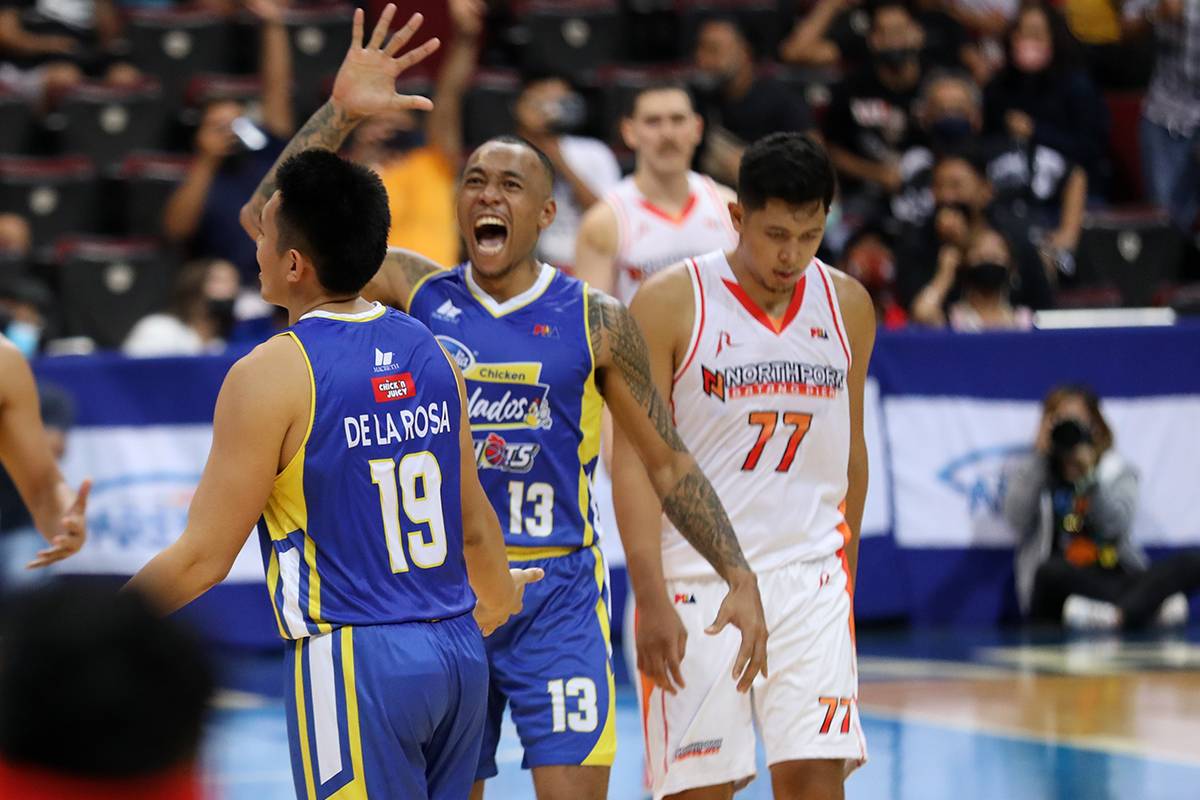 Kevin Ferrer took the blame after NorthPort absorbed its first defeat in the 2022 PBA Philippine Cup at the hands of Magnolia, Wednesday.

The veteran forward had a chance to break the 77-all deadlock after being sent to the foul line with 27.8 seconds left, but failed to do so as he clanked both of his free throws, giving the Hotshots enough time to take the match.

The opposition went on to make them pay dearly as Rome Dela Rosa drilled the go-ahead three with six seconds left. The Batang Pier lost, 77-80.

“Take ko ‘yung blame sa akin talaga,” the 29-year-old said moments after the match at the Mall of Asia Arena.

It was an off-day overall for Ferrer, who only finished with three points on 1-of-5 shooting from the field after being a big factor in their 2-0 start. There, he registered 15 points each against Rain or Shine and Terrafirma.

As tough as it was, his teammates’ confidence in him did not waver. Arwind Santos himself continues to trust Ferrer in endgame situations.

Ferrer couldn’t be thankful enough to have the support of NorthPort despite the missed shots. And so, he’s making it a point to repay such by being better.