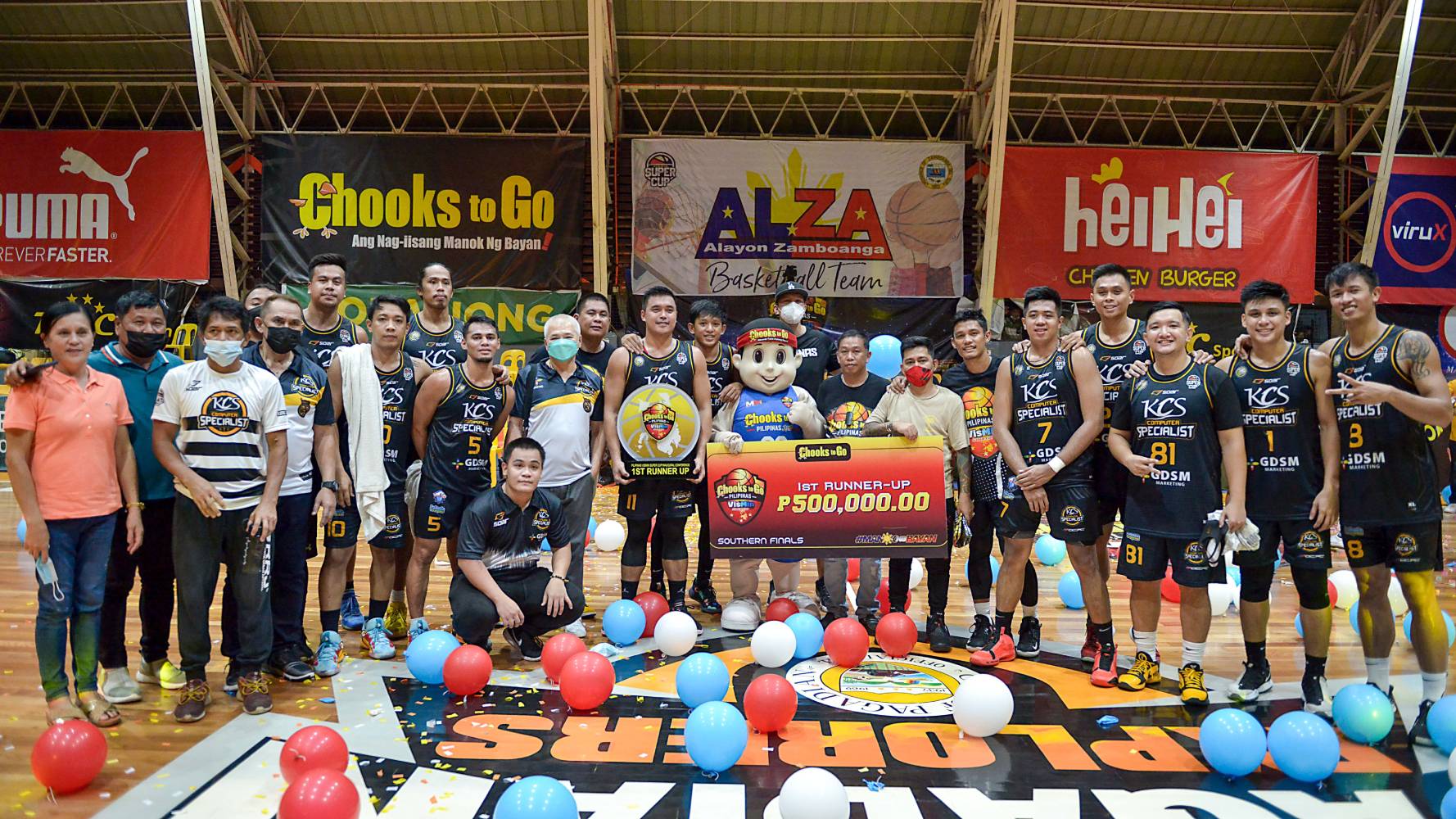 CEBU CITY — KCS Computer Specialist owner Ricky Verdida has placed this franchise of the VisMin Super Cup up for sale.

He made the announcement not long after the team finished as runners-up of the inaugural Chooks-to-Go Pilipinas VisMin Super Cup Southern Finals after getting swept by the powerhouse Jumbo Plastic-Basilan Peace Rides, 3-0, in the best-of-five finals on Friday night at the Pagadian City Gymnasium.

Verdida explained that the financial commitment to running a team has proved to be too much to bear for him and his family.

“Hindi na kaya. Nabaon na sa utang,” explained the affable team owner, who used the P1-million the team got from Chooks-to-Go to cover the team’s operational expenses, with a grin.

“I want to continue but at the same time, I need to take care of my family.”

Verdida added that he is hopeful that someone can adopt the team soon especially with the second season of the VisMin Cup set for October.

“If there’s someone interested, it would be great so that my players can still have work,” shared Verdida who owns and operates Kiboy’s Computer Solutions.

Despite the hardships that come with running a team, Verdida said he has no regrets whatsoever, especially with the triumph that they had during the Visayas leg wherein they stunned the title-favorites, MJAS Zenith-Talisay in the finals.

KCS went on to suffer a sweep in the Southern Finals against Jumbo Plastic-Basilan.

“I feel infinite happiness that we made it this far despite everything that we went through,” said Verdida who believes the Southern Finals would have been a different story had they had the services of Ping Exciminiano, Gryann Mendoza, and Al Francis Tamsi, all of whom were called up by their mother teams.

“Had the Mindanao leg started on schedule, we would have had a complete team.” (JP)