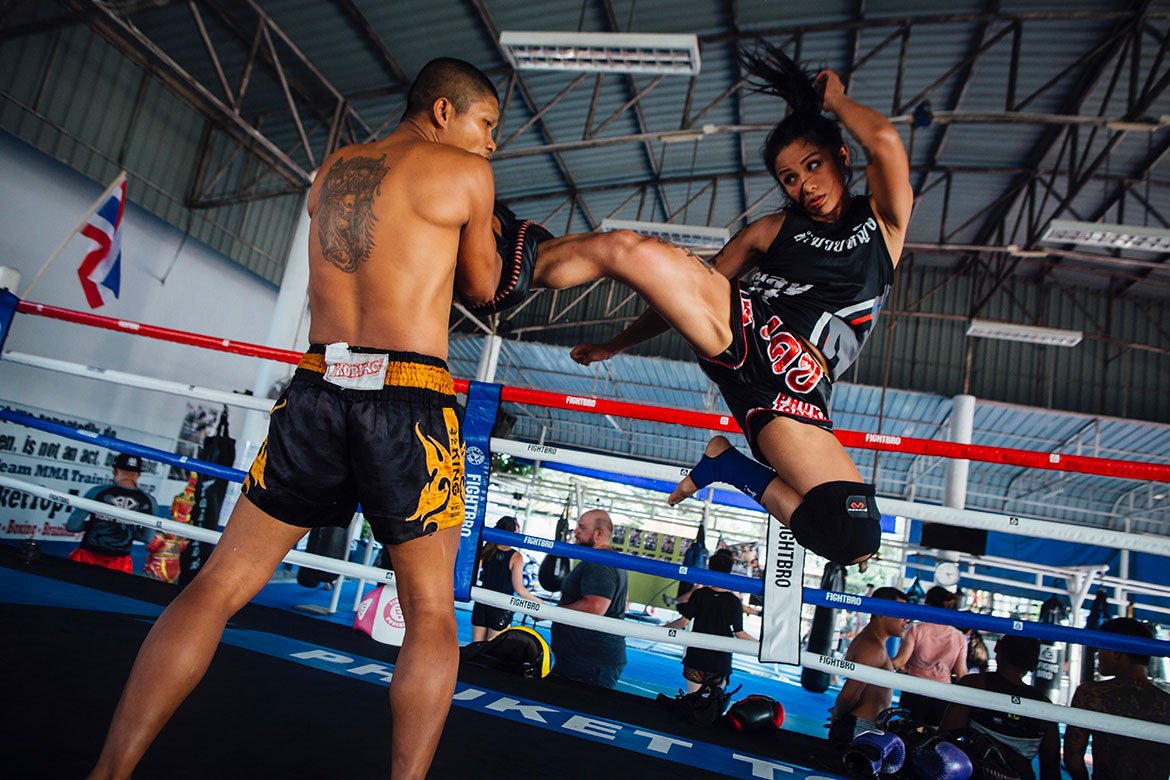 Filipina-American KC “Pinay Fight” Carlos admits that she has yet to attach herself to her Filipino roots after living in Phuket, Thailand, for the longest time.

She does, however, promise to put on a performance that will make her kababayans take notice when she faces Wondergirl Fairtex in a ONE Super Series Muay Thai strawweight clash this Friday, August 28, at ONE: A New Breed in Bangkok.

“From all the hard work put into this fight camp, I will fight my heart out and try to put on a good show,” Carlos said.

“I haven’t really gotten the chance to connect to my Filipino roots, at least not as much as I want to because I’ve been living in Thailand for a very long time. Filipinos have a strong heart and I am bringing my heart into this fight.”

Judging by her past performances, it might not be long before her Filipino fan base grows — especially if she lives up to what people expect of her.

Carlos is currently training at Phuket Top Team and Heritage Muay Thai, where she became the Chalong Boxing Stadium Champion.

“I am a very dedicated and hard-working athlete who does not give up. I’ve been through some very rough times in my life, but I refused to let any of that stop me from what I wanted to achieve. I love what I do, and I believe that passion shows in my training and fighting,” the 33-year-old said.

“I’m a kicker! I’ve been kicking my whole life since my taekwondo days as a kid. I like to be fast, precise with power, and aggressive. Other than kicking, I like to use all other weapons I have, depending on the situation, to make the fight unpredictable and also entertaining.”

With that said, she knows it won’t be any task against Wondergirl, who dominated Brooke Farrell at ONE: No Surrender III. But there’s a reason why she’s called “Pinay Fight” and she promises to stay true to that name this Friday.

“Wondergirl is a tough and skilled fighter. I’m confident I will perform well and give it all I got. It would be amazing to get the win, and I will try my best to achieve that,” Carlos said.

“To all the Filipino fans out there, no matter what the situation is, don’t give up. Believe in yourselves and keep going. We all have a purpose, so we need to show it.”

Catch ONE: A NEW BREED this Friday, August 28, at 8:30 P.M. on One Sports and One Sports+ or by watching it thru the ONE Super App.