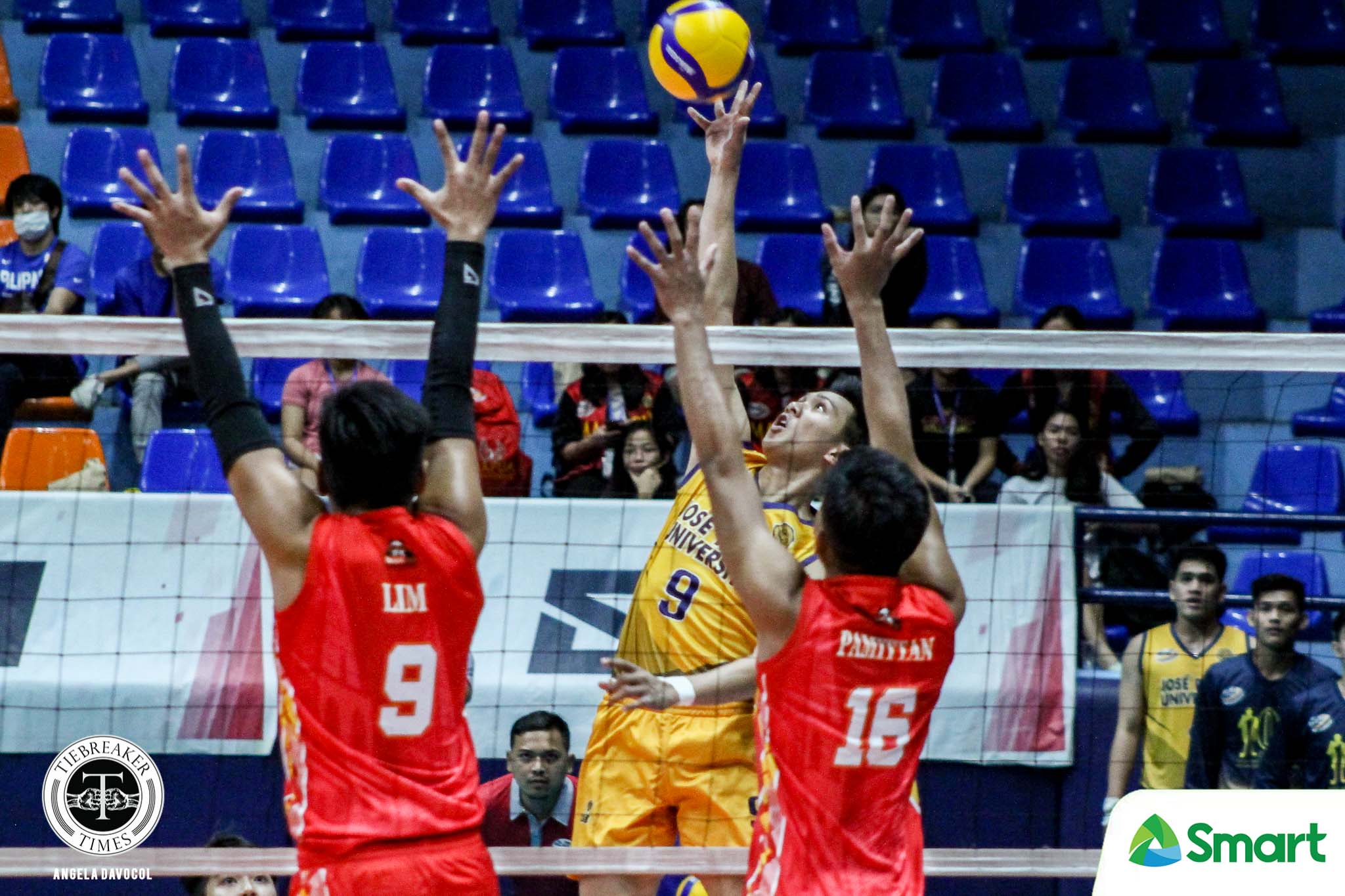 Save for the second frame that went the extra mile, the Heavy Bombers hardly broke a sweat. They pounced on the gaping hole of the Golden Stags, who struggled with their floor reception and were out of sorts on the court after playing without a libero.

Laxina topped the charts with 12 points anchored on 10 attacks. Villaceran and Ausina chipped in 11 and 10 markers, respectively, with the latter notching four of his team’s seven blocks.

Wilber Cebrero tossed 13 excellent sets to generate the offense for the Heavy Bombers, who outgunned the opposition on all fronts.

JRU also held all Golden Stags below double-digit in scoring.

Jose Rizal University looks to sustain momentum when it takes on San Beda. Meanwhile, San Sebastian tries to barge into the win column when it faces Perpetual next. Both matches will be played on Saturday, January 18 at the same venue.