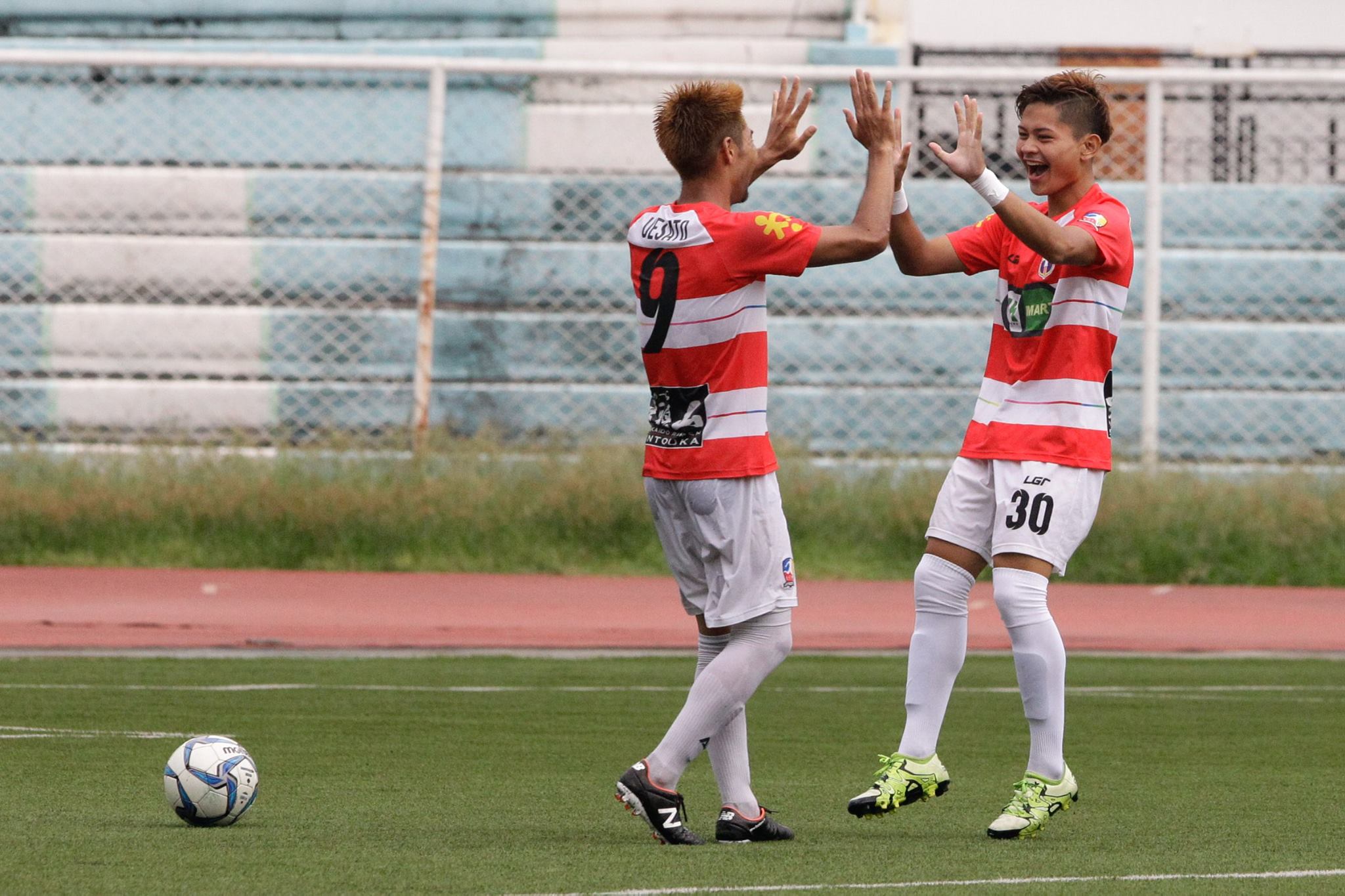 The uprising continues as JP Voltes FC turned back Green Archers United FC, 3-1, to take their second straight win and keep in step with the leaders at the 2016 United Football League, Wednesday at the Rizal Memorial Football Stadium.

The men in stripes, however, started the game on the back foot after conceding an early penalty to GAU.  Allan Auman Jr. fouled De La Salle University standout Gelo Diamante inside the box. William Ebanda the drilled the spot kick right in the middle as JPV keeper Nelson Gasic went to his right. Just as the action intensified, so did the rain.

It was back-and-forth action after the Ebanda goal as both teams searched for the next one, battling each other’s defenses and the heavy downpour. Greggy Yang almost doubled GAU’s lead, but Gasic collected the ball. On the other hand, Yu Hoshide found some space inside the box, only for keeper Henri Bendeken Fong to deny JP Voltes’ playing coach the equalizer.

At the half-hour mark, play was temporarily halted due to lightning and the pitch becoming unplayable.

When the match resumed, it was clear that the home side had had some motivational words in the dugout during the lull. Coach Kyo Nagami shared that he had told the team to change their mentality and believe they could still turn it around. And so they did.

After some enterprising runs into their final third, JP Voltes forward Takumi Uesato collected a pass from the middle and drove toward goal. This forced GAU’s John Gumban to challenge the Japanese striker, only he was called for the foul. Takashi Odawara had to take the penalty twice due to a teammate’s encroachment in his first try. Nonetheless, Odawara converted the game’s second penalty to tie it at 1-all.

In the second period, JP Voltes picked up where they left off at the tail-end of the opening half. John Celiz and Uesato created several chances for the home side, but Green Archers United’s defense held on. However, GAU found it difficult to bring the ball into their final third, giving the opponent the opportunity to control the match.

The inevitable second goal for JP Voltes finally happened in the 70th minute. Uesato this time took it himself and chipped a shot over the defense to put his squad on top, 2-1.

With the game still hanging in the balance, both teams brought on fresh legs on the attack. GAU fielded Juarlito Daga-ang for Jimuel Ariola, while JPV subbed in Allen Angeles for J Baguioro.

JP Voltes, having the upper hand, took full advantage of their substitution. Just seconds after coming on, Angeles put the game out of Archers’ reach. After a scuffle inside the box, the impact sub fired the free ball into the goal from the top of the box.

The white-and-orange-shirts could have added more goals into the tally, only their finishing failed them in the dying minutes. Nonetheless, JP Voltes got their second consecutive victory, stopping their opponent’s own twin wins.

When asked to comment on other team’s assessment that JP Voltes FC are a strong team, Nagami said, “Not yet. We can still improve.” He, however, believes that they can become so. In Nagami’s opinion, “We have the most difficult training among the clubs.”

JP Voltes FC will test their mettle against Kaya FC in a crucial match on Saturday, June 2 at 4pm. Meanwhile, Green Archers United will face undefeated League leaders Global FC after a long break, on the following Sunday, July 10 at 4pm.