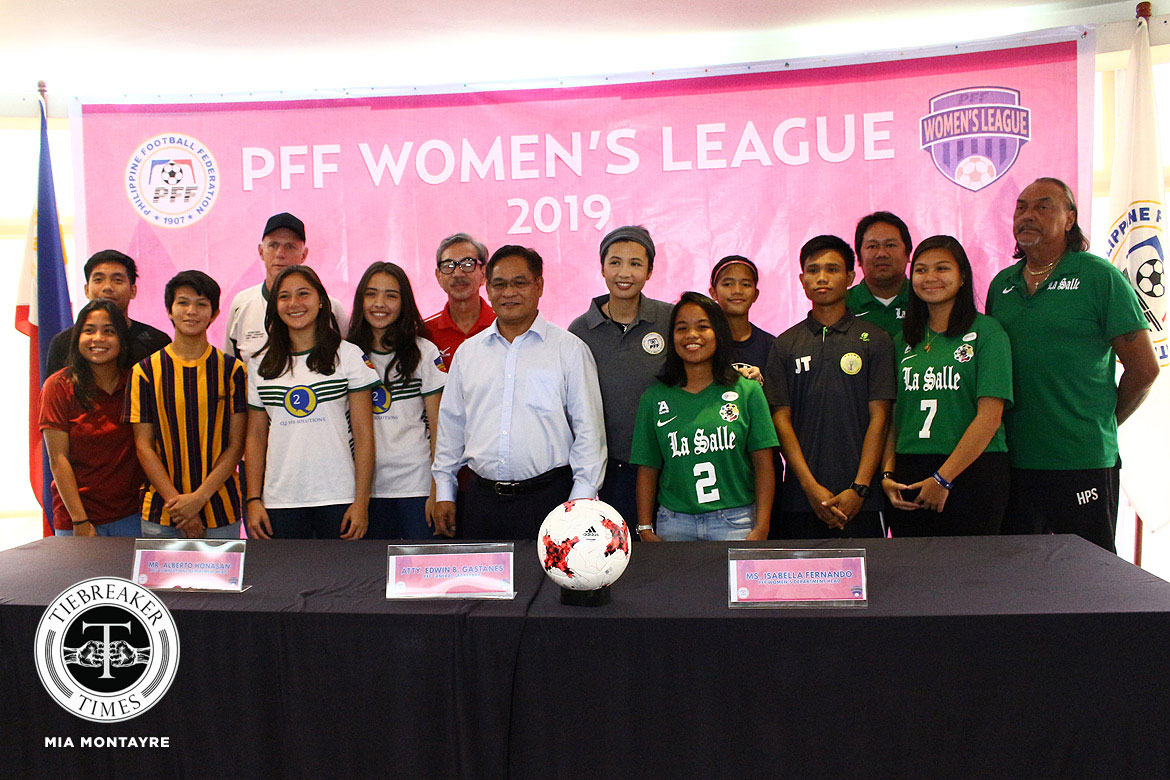 Hot on the heels of the recently concluded FIFA Women’s World Cup, the Philippine Football Federation continues to champion women’s football with the launch of the third edition of the PFF Women’s League starting Saturday, July 27 at the National Training Center grounds in Carmona, Cavite.

Honoring the directive mandated by FIFA through its Forward Programme exalted at the FIFA Women’s Football Convention in France last June, the new season will have 90 matches in total with ten teams playing their opponents twice.

Similar to previous installments, the tournament will continue to be of league-type format where the champion is determined by the accumulated points at the end of the season. The first round is expected to last until mid-October.

Matches will be held mostly during weekends with potential for weekday matches hosted by the collegiate teams at their respective football pitches.

Titleholders De La Salle University Lady Booters will be opening the season at 8:00 AM against Maroons FC and will be followed by UST versus Tigers FC at 10:00 AM. On Sunday, FEU will face GAU FC at 8:00 AM followed by Tuloy FC and UP at 10:00 AM.

The Lady Booters from Taft have been unbeaten for two seasons running but mentor Hans-Peter Smit is keen on downplaying the past accomplishments of the two-time champions.

“We’re practically a new team, we have fifteen rookies. We know the other teams will give us a good run for our money, but we’ll give everyone a run for their money. That’s how it works. Let’s see how far we can go,” he said.