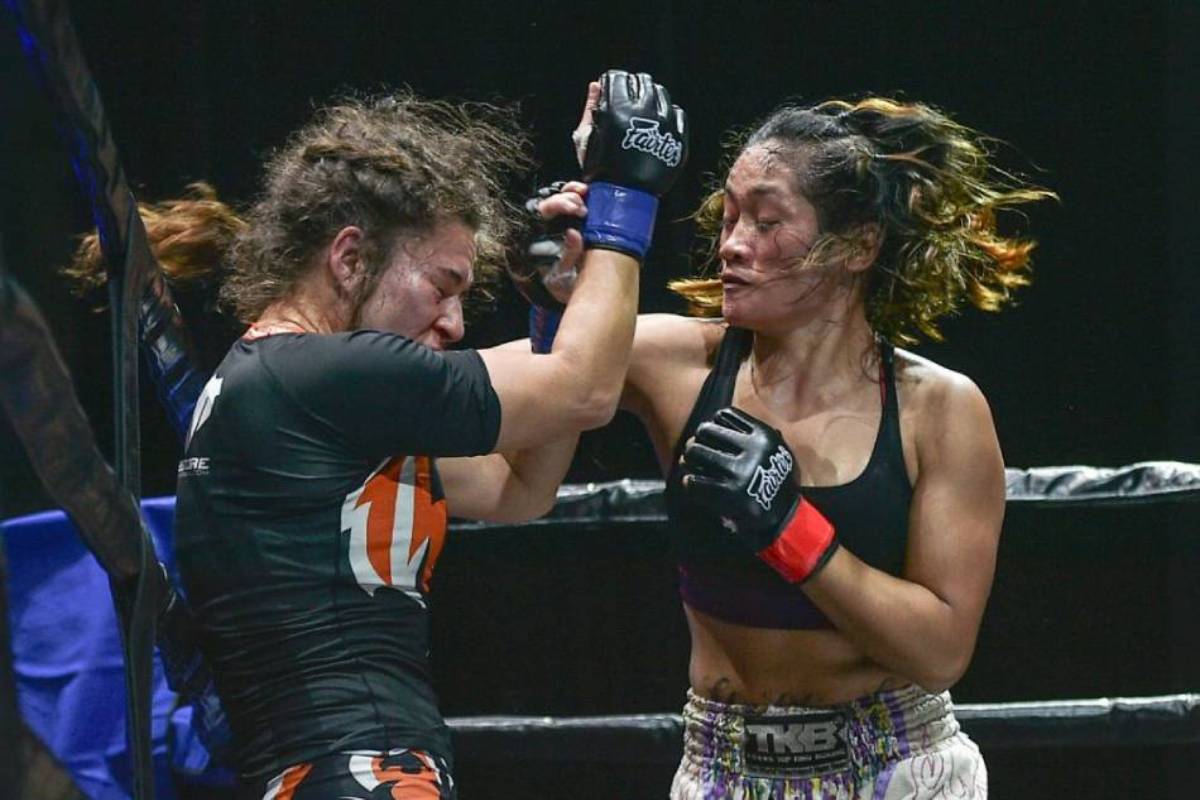 Jenelyn Olsim will complete her transition to mixed martial arts when she steps into ONE Championship next week.

Olsim debuts in The Home Of Martial Arts when she battles Maira Mazar in a three-round women’s strawweight bout at the previously recorded ONE: Fists of Fury III on Friday, March 19, at the Singapore Indoor Stadium.

The 24-year-old has been active in the kickboxing and Muay Thai circuit. After winning the silver medal in the 2019 Southeast Asian Games for Muay Thai, she decided to focus on making it big in the world of mixed martial arts.

That prompted the Filipina to join her brother, Jerry “The Bokodian Warrior” Olsim, on Team Lakay in June 2020 — and now she hopes the move will pay off.

“It has always been my decision to join Team Lakay,” Olsim said.

“I’m very happy, and it feels so good because here I am chasing my dreams, and I’m fully focused on getting what I truly want.”

But things won’t be easy from here on out for Olsim.

Waiting for her in the Circle is a veteran in Mazar, currently ranked fifth in the women’s strawweight division and looking to continue her ascent in the weight class.

The Brazilian is fresh off a dominant TKO win over Choi Jeong Yun late in 2020, and she doesn’t plan to lose steam when she takes on Olsim.

Though she understands that she’s coming in as a heavy underdog against the Evolve MMA representative, Olsim is hopeful that having a talented team behind her — led by coach Mark Sangiao — will be enough for her to pull off the upset.

“She’s a very experienced fighter. She has fought a lot of experienced and tough fighters, too. Based on her last fight, she’s also good at wrestling,” Olsim said.

“We studied her past matches, and we’ve been preparing for this fight since. I’m very excited because this is my first fight on the big stage, ONE Championship, and I just hope I get to showcase all the techniques that I’ve honed in training.”

Watch ONE: FISTS OF FURY III on One Sports and One Sports+ on March 19, 8:30 p.m. It will also be simultaneously aired through the ONE Super App.

Kang Shakes Up Heavyweight Division With Shocking KO Of Aliakbari

Lead Cards Announced For All ‘ONE On TNT’ Events In April

In this article:Jenelyn Olsim, ONE: Fists of Fury, Team Lakay