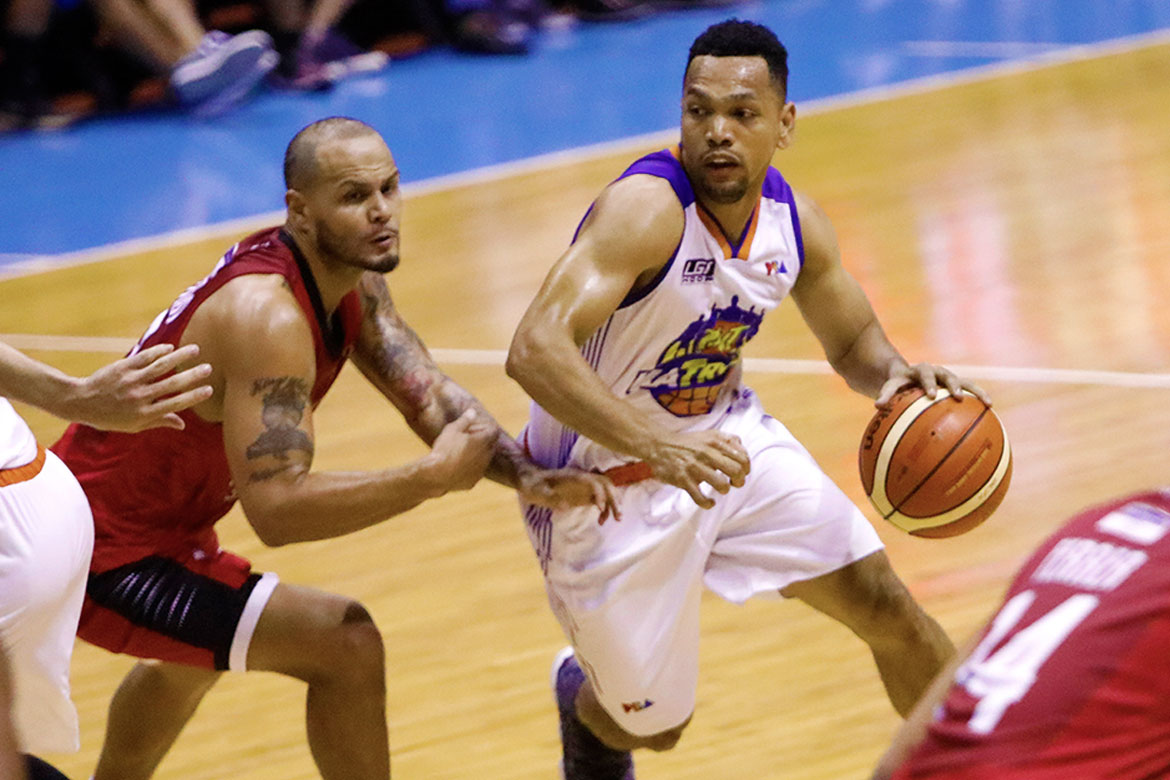 Jayson Castro did not mince his words regarding the TNT Katropa’s lack of consistency this conference in the wake of their 78-93 loss to LA Tenorio and the Barangay Ginebra San Miguel — their second straight defeat — Sunday night at the SMART Araneta Coliseum.

The Katropa’s chances of making the playoffs, after Sunday’s setback, are suddenly foggy. They now sport a 4-5 slate, and slid down to nearly the bottom of the team standings, at eighth.

“Consistency? Wala kaming ganun e,” lamented Castro, who had 17 markers in the loss.

This is clearly an unfamiliar situation for the Texters. For the past decade, they have enjoyed belonging in the upper echelon of the rankings. But now, they look as if they have become a mediocre squad.

And that is why the Katropa, according to Castro, are approaching their Valentine’s Day bout against a heavily-improved GlobalPort Batang Pier as a do-or-die affair, as their playoff aspirations are hanging in the balance.