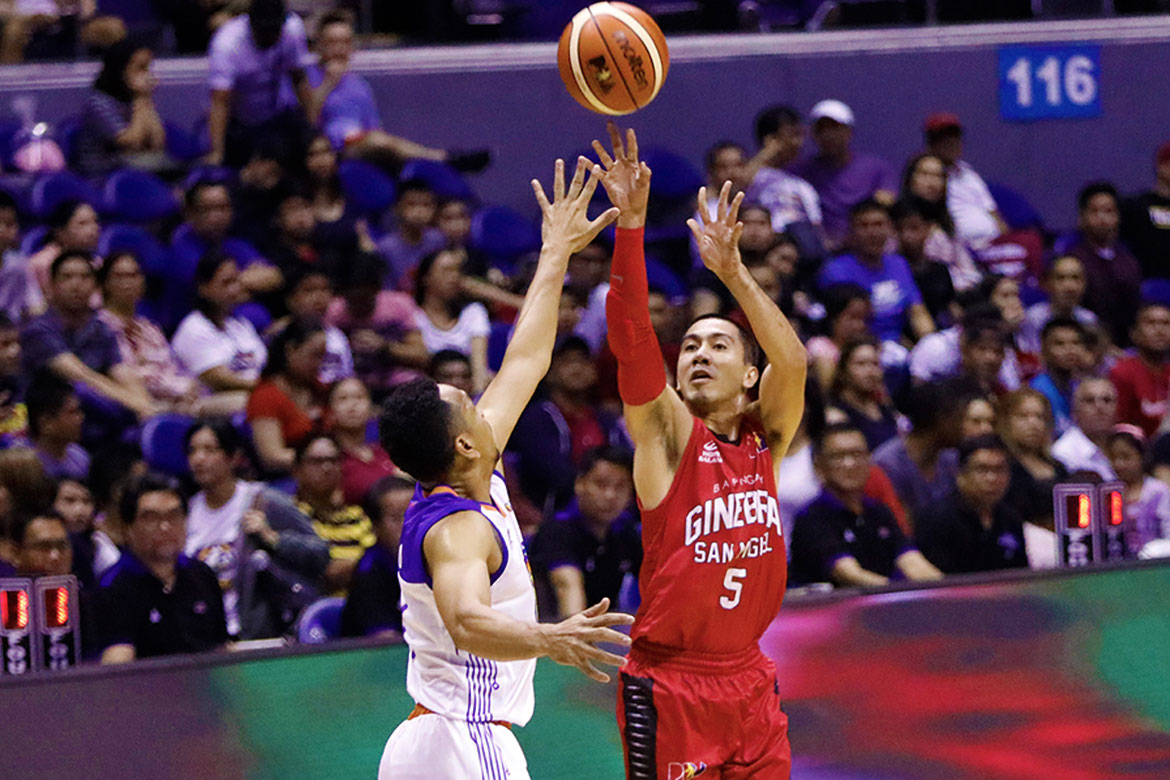 The Barangay Ginebra San Miguel collected their second win in a row thanks to a fourth quarter surge, and stunned the TNT Katropa, 93-78, Sunday evening in front of a pro-Ginebra crowd at the SMART Araneta Coliseum.

Ginebra improved to 5-4 and are tied for fifth place with the NLEX Road Warriors, while the eighth-ranked Katropa absorbed their second straight loss and went down to 4-5.

“We said before the game that it was a huge game so now that we’ve won it, it’s a huge win,” said head coach Tim Cone. “We’re tied in the standings right now. it’s so tight. It’s the time in the conference that everyone’s scrambling for wins.”

“LA was awesome all night long, Japeth was making brilliant passes to Greg and we love seeing those guys play together, passing to each other,” praised Cone of his three stars.

The Gin Kings were down, 65-67, with 9:53 in the final frame, but their eight unanswered points — highlighted by Kevin Ferrer’s two three-pointers — gave them a seven-point, 73-67 separation with 8:20 on the clock.

From there, the Katropa never had the chance to threaten, and the match was all but settled when the Barangay established an 84-73 lead thanks to Tenorio’s lay-up off a hard drive with 3:33 left to play.

“Our guys stepped up today,” added the multi-titled tactician on the win. “We were playing ok in the first half, and we do that, but we knew it wasn’t gonna be enough to win the game so we elevated our play in the second half.”

Scottie Thompson was just a point short of a double-double, as he finished with nine points and 11 rebounds.

Kelly Williams led the Katropa with a double-double of 17 points and 15 rebounds. Jayson Castro made 17 markers as well, while Roger Pogoy had 16 points. Mo Tautuaa supplied 10 points and eight caroms.

TNT played without forward Troy Rosario, who is still recovering from the bad fall he had this past Wednesday against the Phoenix Fuel Masters.

Ginebra will face rivals Meralco Bolts next Sunday, February 18, 7:00 PM at the Philippine Arena in Bulacan,. TNT will look to end their funk versus the GlobalPort Batang Pier on Wednesday, February 14, 7:00 PM still at the Big Dome.