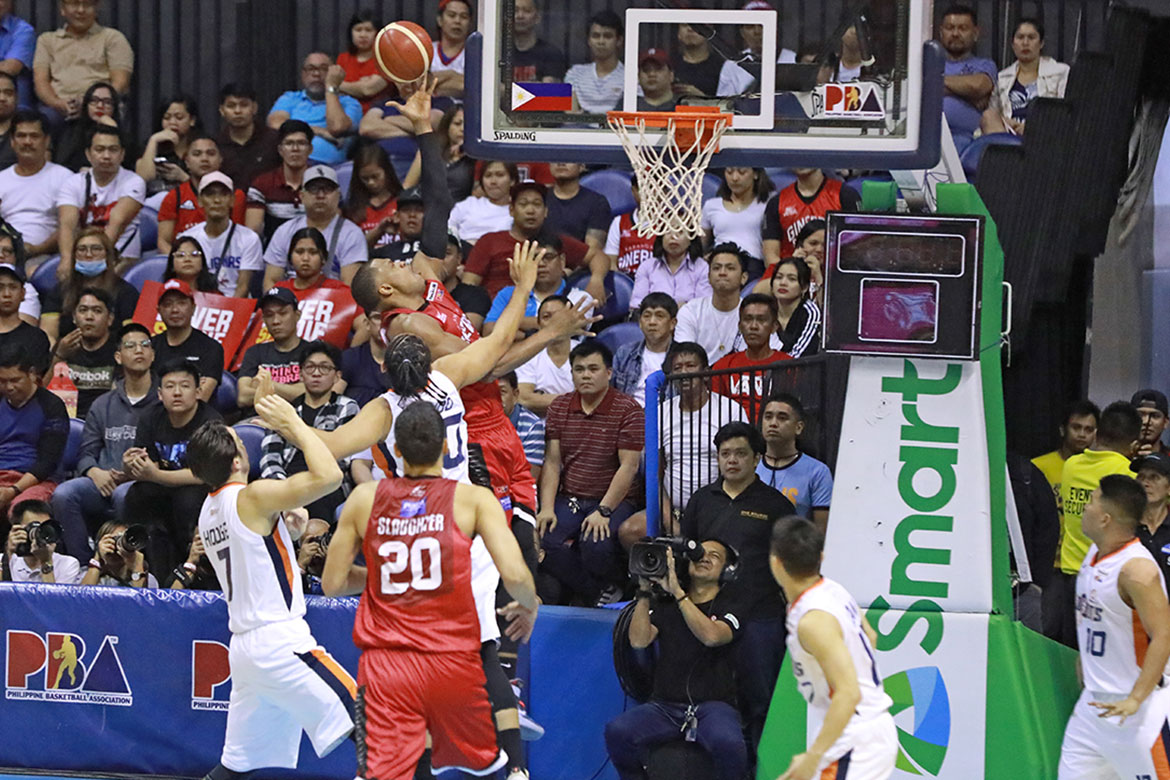 Justin Brownlee powered Barangay Ginebra San Miguel to a 94-74 victory over Meralco to give the Gin Kings a commanding 3-1 lead in the 2019 PBA Governors’ Cup Finals Wednesday night at the SMART Araneta Coliseum.

Beaten in the Best Import race prior to Game Four’s tipoff, the versatile 6-foot-4 forward fired 27 points, including 15 in the second period alone where the crowd darlings started to turn the match into a one-sided affair.

The Barangay will look to clinch the title in Game Five on Friday, January 17, at the SM Mall of Asia Arena.

“I just thought he was attacking the rim a lot more, really getting to the rim and … I just think that he moved better today than he has been in the series,” said coach Tim Cone of Brownlee, who’s helped him win his last three titles.

Stanley Pringle continued his solid play for Ginebra with 21 points and seven rebounds while Scottie Thompson played his best game of the series so far as he produced 16 points, six rebounds, four assists, two steals, and a block.

Thompson, who only had a total of 11 points in the series’ first three games, was the one who sparked a 13-0 blitz that gave the crowd darlings their biggest lead of the ball game at 27, 90-63, with only 3:33 remaining.

“I thought we did a good, methodical job. We were very methodical tonight in breaking them down,” Cone said.

Raymond Almazan bravely played through a lateral meniscal tear in his left knee and made 12 points and nine rebounds in nearly 28 minutes. Chris Newsome was the only other double-digit scorer for Meralco with 12 as well.

Meralco was limited to just 31 points in the first half, which, according to league stats chief Fidel Mangonon III, are the lowest for both teams for a first half in their 17 games versus each other overall in the Governors’ Cup Finals since 2016.

“‬With the effort we displayed tonight, we didn’t deserve to win this game,” said coach Norman Black. “I thought Ginebra outhustled us, outplayed us. I’m a little bit embarrassed about the way the team played and the effort we gave.

“And for me, it’s an embarrassment to the PBA that we came out and didn’t give them a better fight.” 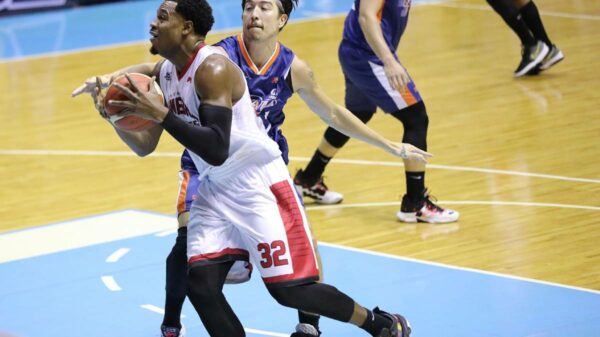