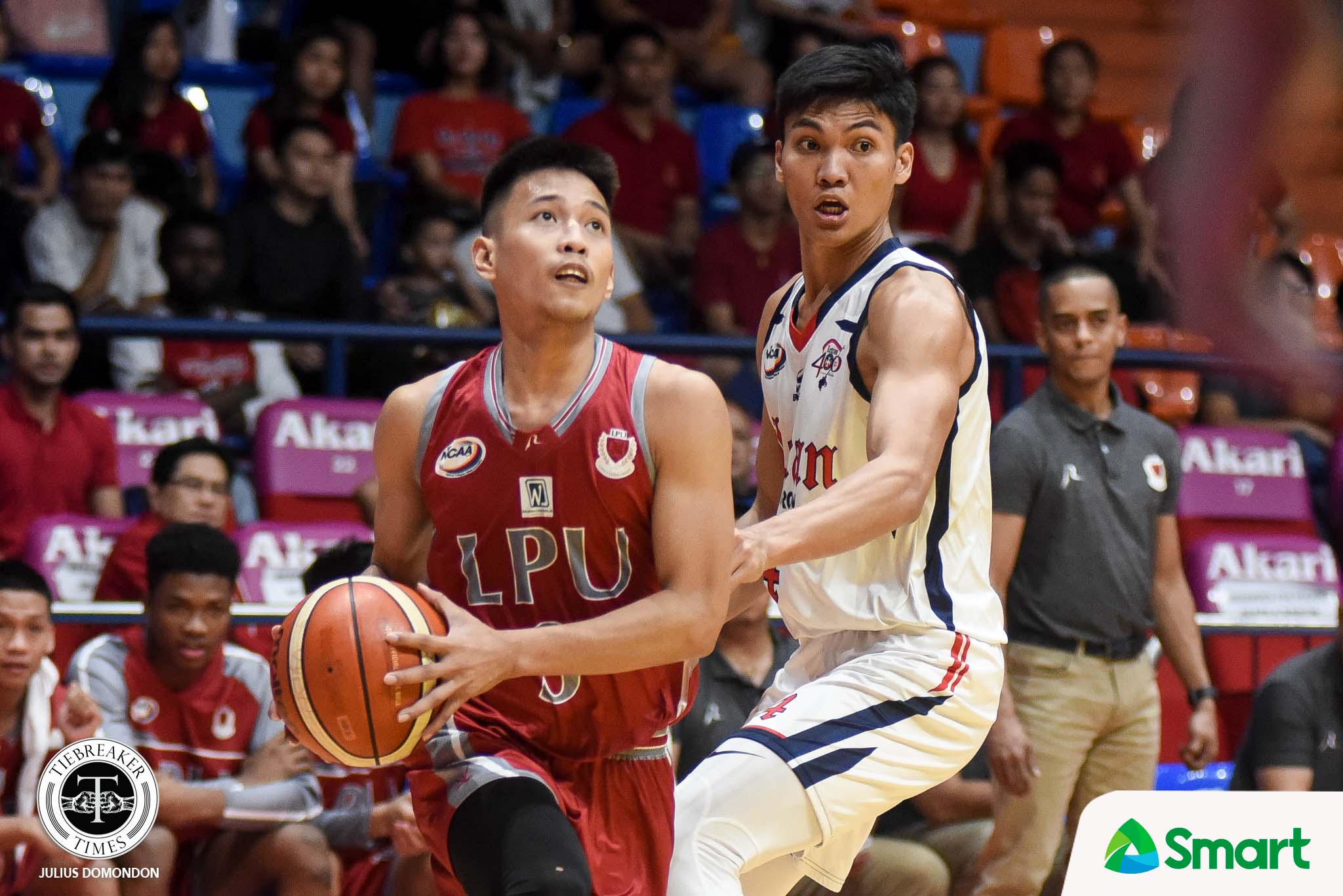 Despite being under the weather, Jaycee Marcelino made sure that Lyceum remained in solo second in the NCAA Season 95 Seniors Basketball Tournament, staving off Letran, 97-90, Friday at the Filoil Flying V Centre.

It was an all-important win for the Pirates, as it extended their lead over the Knights to one-and-a-half games with a 10-3 slate. But for Lyceum head coach Topex Robinson, their performance was more important.

“Again, we always have to be infinite players. It’s not about Letran, but it’s how we play as a team. We don’t look at the standings, we just look at how we can improve. These men played their heart out,” Robinson said.

Jaycee Marcelino and the rest of Lyceum needed to strengthen their resolve in this one.

Knotted at 75-all, Reymar Caduyac sparked a Jaycee Marcelino-fueled run that gave Lyceum an 83-77 lead with 5:07 left.

Larry Muyang and the Knights were then able to cut the lead down to three, 88-85, with 2:29 left. But Caduyac and Jaycee Marcelino knocked down big buckets and freebies to seal the win late.

“We have so much respect for Letran and we have to honor the game,” Robinson said.

Jaycee Marcelino — who had been battling with a flu all week long — had a career-high 25 points. Meanwhile, Caduyac added 20 points, five rebounds, four assists, and two steals.

“It’s always about inspiring others. Sabi ko nga sa kanila that they have to be here now. We are making sure that each day will be memorable for us dahil hindi na namin ito,” Robinson said.

Letran, who fell to 9-5, were led by Kurt Reyson’s career-high of 20 points. He had five triples in the game.

Lyceum looks to continue their run when they face the Mapua Cardinals on Tuesday, October 1 at 4:00 pm. On the other hand, Letran face the San Beda Red Lions on the same day at 2:00 pm.

Back in PBA, Almond Vosotros plans to stay long