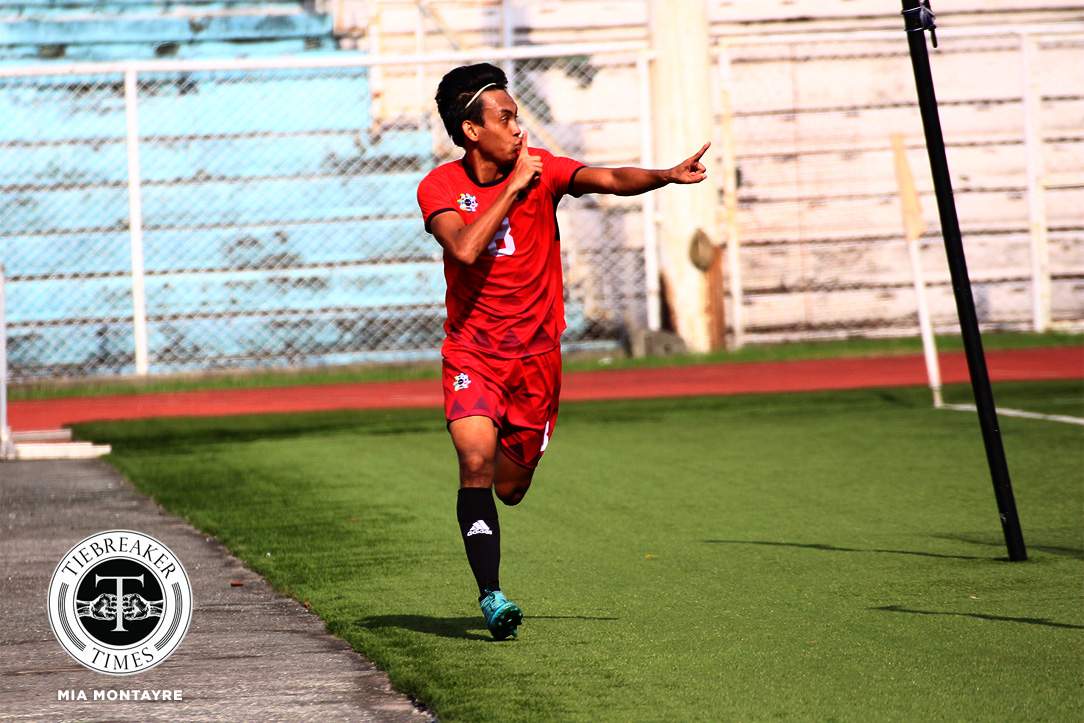 The hunt for a maiden Final Four finish is still on for the University of the East Red Warriors in the UAAP Season 80 Men’s Football Tournament.

From being perennial whipping boys, UE moved level on points with National University and De La Salle University at 4th place with 16 after a 1-0 win over the Adamson University Soaring Falcons Sunday afternoon at the FEU-Diliman field.

Both schools drew blanks in the first half. The Red Warriors dominated the half but Jo Mallen and Mar Diano failed to find the back of the net with their attempts. It was a similar case for the Soaring Falcons as Jusuel Pilarca and Karlheinz Ortinez shot wide in the few times Adamson attacked.

Nevertheless, it was UE that opened the scoring three minutes after the restart. Jasper Absalon found space to attack in the Adamson half and unleashed a strike which went past Soaring Falcons goalkeeper Carl Viray for the opener.

Adamson then tried to respond as soon as it conceded. UE goalkeeper Frank Rieza denied James Ramos’ header and the former made up for a goalkeepeing error afterwards when he parried away Jackson Ramos’ indirect free kick.

The two squads had chances to score that next goal thanks to Pilarca and Mallen. Both players, though, were stopped by routine goalkeeping and wayward shooting. In the end, UE carved out an important win, one that maintains their push for the Final Four while Adamson is yet to get a point this year.

UE shall next play University of Santo Tomas on April 12, 2:00 PM while Adamson ends its season against Far Eastern University on April 19, 2:00 PM. The Rizal Memorial Stadium in Manila will host both games.