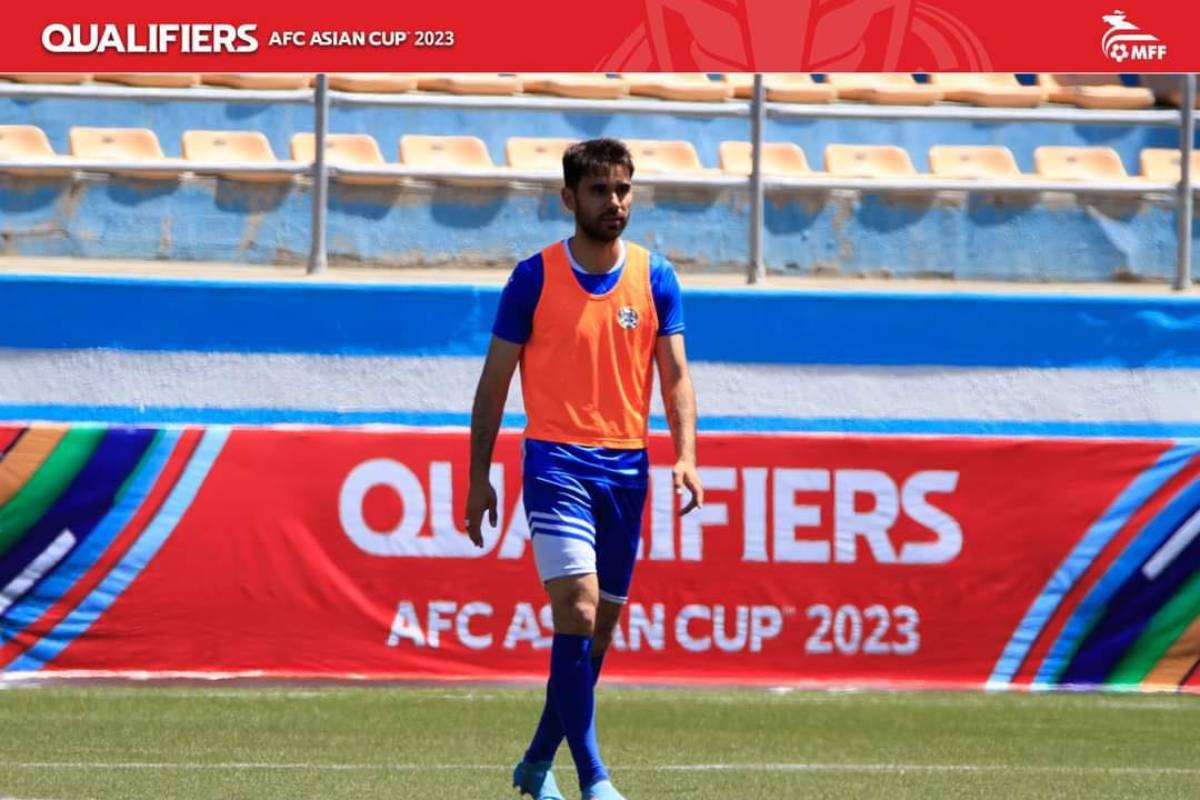 Gerrit Holtmann is finally going to suit up for the Philippine Azkals and he himself is raring to go to help the country qualify for the 2023 AFC Asian Cup.

The 27-year-old VFL Bochum winger participated in a virtual media presser Friday afternoon, where his comments were translated into English by his agent David Webb.

Holtmann is eager to play for coach Thomas Dooley’s side after a long wait and he is hopeful that he can provide crucial contributions in the final third of the pitch.

“He is extremely honored to play for the Philippines now. He took the decision actually six years ago but the problem was that he wasn’t a regular starter in the Bundesliga and he was very young. He, first of all, wanted to become a regular Bundesliga player, regular starter before doing all this traveling,” said Webb.

“Now that he’s become a regular Bundesliga player, he did a lot of talks with his mother who, of course, is very keen on him playing for the national team. So now, everyone together took the decision… They wanted him to start playing for the Philippines,” he continued.

“Actually, he wanted to play already two years ago but with COVID it was impossible.”

The 6-foot-1 German Bundesliga standout is similar to a lot of the Azkals who trace their Filipino lineage to one of their parents. His mother, Rosemarie, is a natural born Filipina and he is excited to play for the Azkals to honor her and his Filipino roots.

Rosemarie, just like any Filipino mother, gave her son tips on how to deal with things while he is away on international duty. True enough, it is something he kept in mind.

“A few days ago, he got married and it was two days before leaving for the first match of the Philippines and there she really, really was happy and told him what to eat and not what to eat because obviously, she is more experienced in Asian countries. She is very excited and I think she will enjoy the match tomorrow.”

It is never easy to settle into a new team. There will always be growing pains not only for the player but also for his teammates.

Thankfully for Holtmann’s sake, the likes of the Ott brothers, Oliver Bias, and Patrick Reichelt are in the team right now and can speak the same language he does.

Time is of the essence and the sooner Holtmann gets to buy into the current Azkals’ culture, the better it will be for the team.

“The integration process was really easy because there are a lot of German speaking players. Unfortunately, there are two missing with Patrick Strauss and Raphael Obermair but most of the others, he said, it is easier to talk English with a teammate instead of the media,” said Webb. “They made it really easy for him. They’re all nice guys. They met at breakfast when he landed. Everything was really nice and easy.

“Of course, he knows what these matches mean for the fans. But he said it is not a one-man show. He needs his teammates and the teammates obviously need him.”

Holtmann admitted that people getting starstruck by his presence is something that is very new to him. It is not every day people can interact with a German Bundesliga player and this is something that he is getting used to.

The lack of preparation time with the rest of the team does not help but it is something he and his teammates are trying to mitigate. The pressure to provide an instant impact is high but he is gonna give everything for the shirt.

“He will try everything to win the two matches of course but he asks the fans to be patient with him because he had just two training sessions now with the team and had a break from the Bundesliga season,” said Webb.

Holtmann is remaining calm while he is on the eve of his international debut. He knows that it is a must-win game and that expectations are high. However, he very much knows what he can do and he plans to do his best.

“As a player, he can put all of his skills and attributes into the game tomorrow. He’s really, really fast. He is good in crossing and good at shooting goals. He will try his best to put all his skills on display tomorrow.”

If the Azkals want to put their Asian Cup dreams back on track, then only a win against Mongolia will do. Everyone is hopeful that Holtmann’s much-awaited arrival will provide a big boost and the player himself is determined to make a difference.