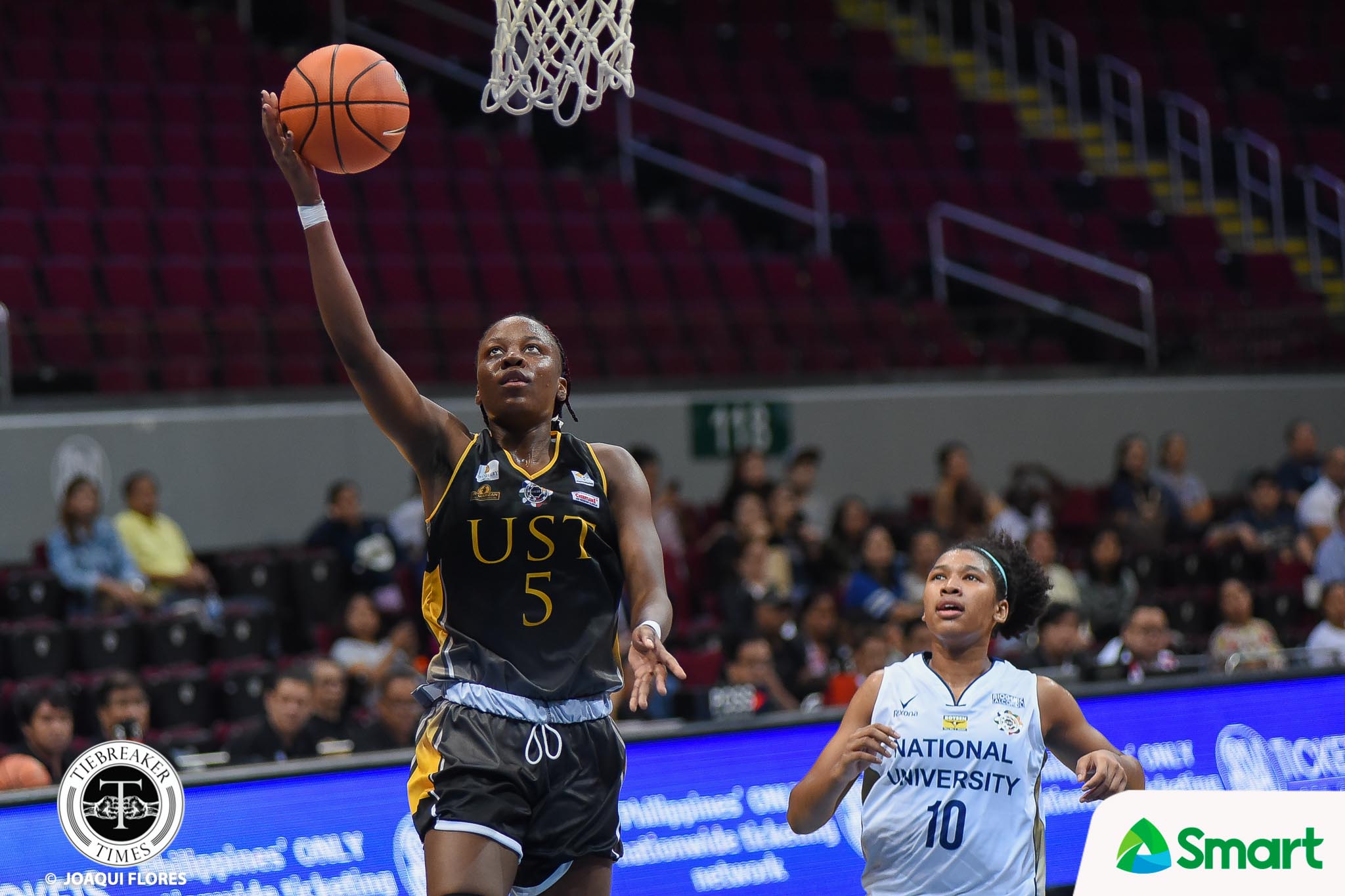 Reigning Most Valuable Player Jack Animam of National University will have to overcome two UST Growling Tigresses for her to retain her throne.

Congolese student-athlete Grace Irebu and Sai Larosa are number one and two respectively in the UAAP Season 81 Women’s Basketball Most Valuable Player race after the first round.

Irebu, who is in her first year with the Tigresses, has a total of 81.86 statistical points coming from her averages of 20.1 points, 13.4 rebounds, and 2.9 blocks per game.

Trailing Irebu is all-around forward Larosa with 75.67 SPs. Larosa, who missed the first game of the season due to a one-game suspension stemming from a scuffle during last year’s semifinals, is averaging 17.3 points, 4.8 assists, and 2.2 steals per game.

However, if the season ended today, Itesi, who is also from Congo, will not make the All-UAAP team as league rules state that only one foreign student-athlete can make it to the Mythical Five.

With this, FEU Lady Tamaraws tower Clare Castro will take her place as she sits in 6th with 65.57 SPs.