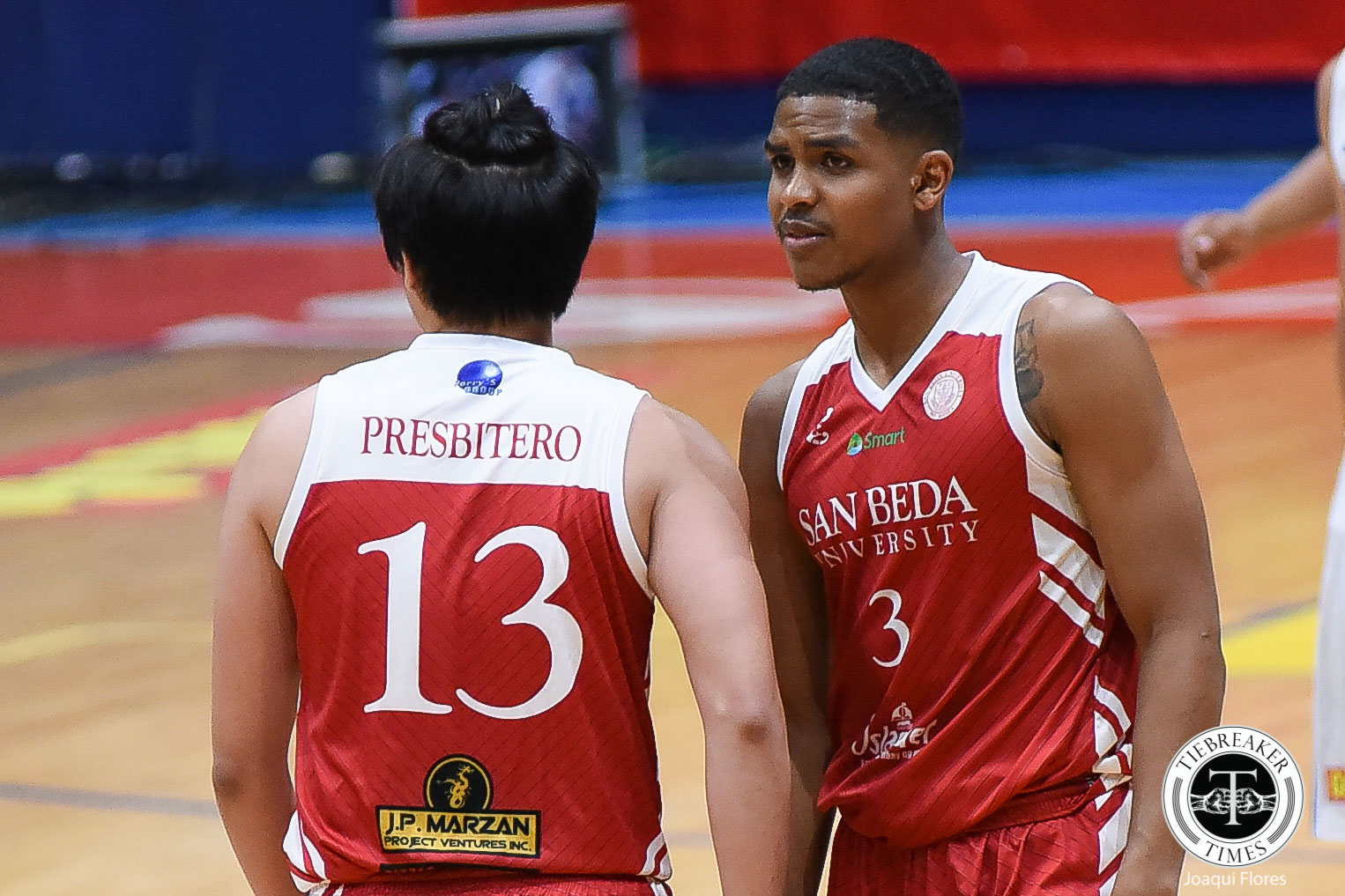 When James Canlas had a bad game during San Beda’s 88-70 win over the Mapua Cardinals last August 4, coach Boyet Fernandez gave him a pass.

“James took so many shots but he missed,” lamented Fernandez.

“He’s just adjusting eh. You know James can shoot the shot. We saw him play in the Filoil. He can make those shots against Gilas,” recalled Fernandez, as Canlas finished that contest with a game-high 16 points.

“I think it’s a matter of James being confident making those shots. He has to really have the conviction na every time he takes that shot, he will make it.”

Still, Fernandez remained patient with the 19-year-old – even calling him the future of San Beda.

Six games in, it seems that the 6-foot-1 gunner is starting to feel right at home with the Red Lions.

Against the San Sebastian Golden Stags on Thursday evening, Canlas erupted in the final frame, scoring 10 of his 14 points during that span to buck the Stags, 65-54.

And helping in his transition is none other than San Beda lifer Javee Mocon, with whom he linked up during that game.

“They mentor me each and everyday, especially Javee.

“He tells me like, do like what an athlete does. Sleeping early, eating healthy, doing extra work, everyday. Just have a good sleep also and just be disciplined. And also Robert Bolick, those two are the leaders of the team. Do give some credit to them,” he pointed out.

But even if San Beda are looking to him as their future, Canlas is willing to take his time.

“That’s a big step moving forward after Robert Bolick leaves. Being the man of the team, and being the leader also,” he admitted.

“We just got to step up each and every game. Help my teammates, help them to get better and be a positive one in games.”

Joshua Pacio gets shots at gold