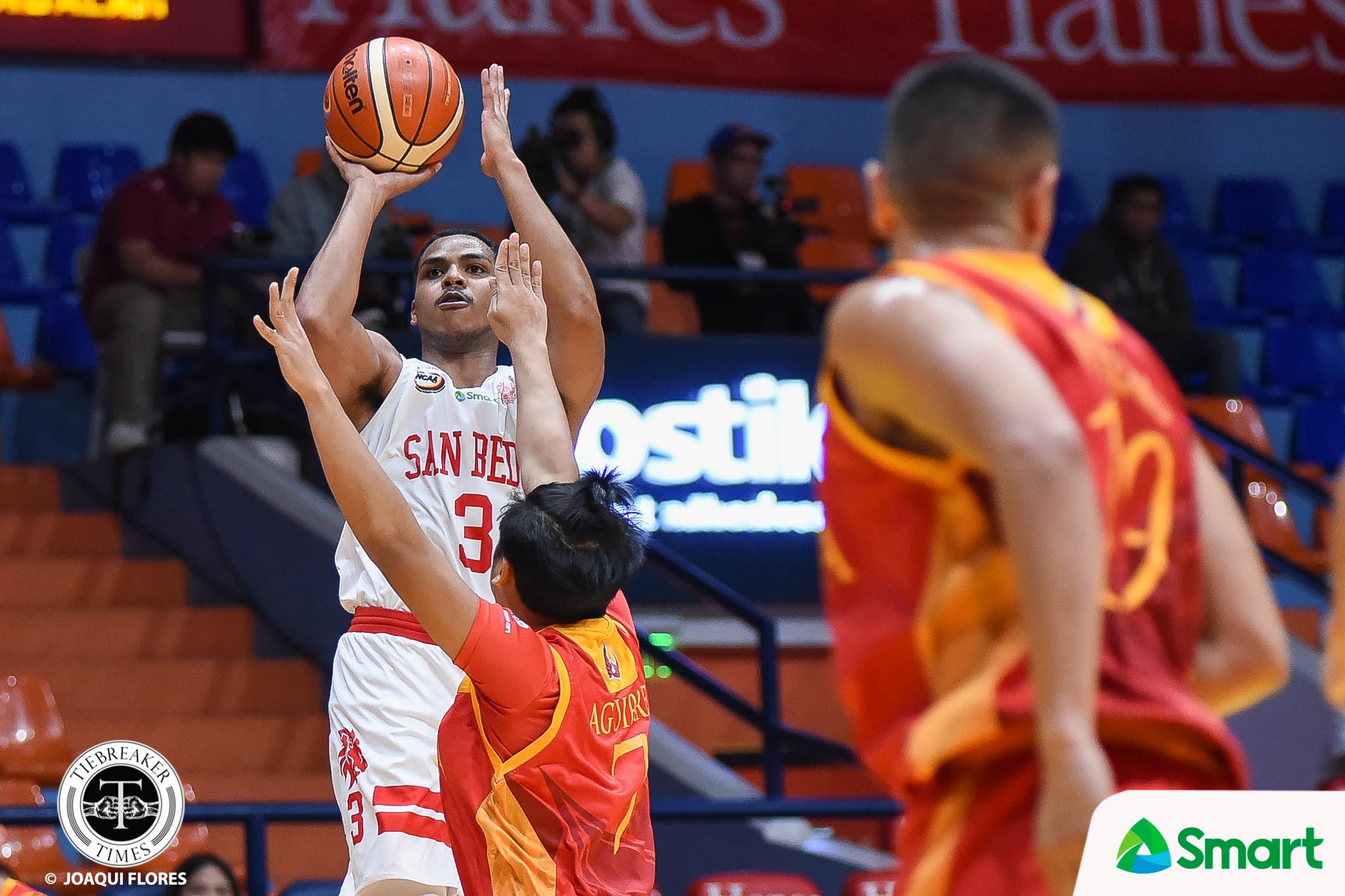 With the win, San Beda maintain a perfect 6-0 record.

“Again, it’s a tough game for us. Coach Egay [Macaraya] really prepared for us. It’s really tough playing San Sebastian on any given day,” said Red Lions head coach Boyet Fernandez. “They are just a strong team even if they are not as big as us. That’s really a credit to the coaching staff of San Sebastian.”

San Sebastian, on the other hand, ended their first round campaign in the NCAA Season 94 Seniors Basketball tournament with a 3-6 record. However, the Golden Stags are in danger of forfeiting their first two wins after RK Ilagan was caught playing in a league without the permission of his school.

The Red Lions figured in a nip-and-tuck affair up until Canlas caught fire in the final frame.

Down by two midway through the final frame, the Filipino-Canadian knocked down a corner triple to spark San Beda. He and Javee Mocon then took turns blasting the Golden Stags with a 14-2 surge to give San Beda a 65-52 lead with 1:12 remaining.

“James really stepped up tonight. Even though Robert [Bolick] was guarded really well by San Sebastian, he was able to make the pass to get Javee and James open,” Fernandez beamed.

Canlas and Mocon combined for all 20 of San Beda’s fourth quarter points. Canlas finished with 12 points, while Mocon added 16 points and 12 rebounds.

“Luckily we were able to make the shots in the fourth quarter after missing a lot in the first three,” said Fernandez.

Donald Tankoua had 12 points and 10 rebounds as well.

Robert Bolick was limited to just six points but still had eight boards and three dimes.

San Beda will next face the Lyceum Pirates in a rematch of the NCAA Season 93 Finals on Tuesday, August 21, at 4:00pm.