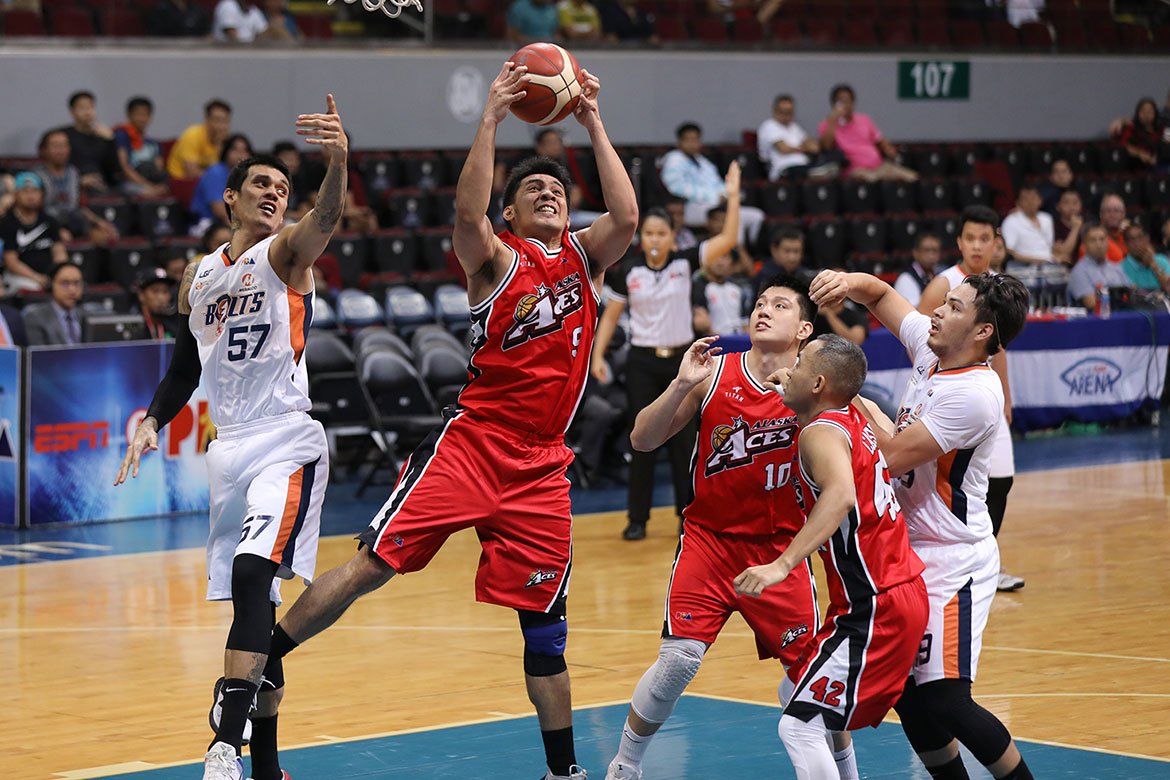 Noy Baclao is set to reunite with Norman Black as the veteran forward has been acquired by the Meralco Bolts.

The development was first reported by Gerry Ramos of Spin.ph Friday afternoon.

Per the report, Baclao’s contract with Alaska has expired, and that paved the way for his negotiation with and eventually his arrival to the MVP Group-owned franchise.

This now ends the Bacolod City-native’s four-year stint in the Aces, where he saw action in four Finals series.

Baclao, a member of the 2011 PBA All-Rookie Team, is still recovering from a ruptured patellar tendon he suffered in the curtain-raiser of last season’s Governors’ Cup.

The 6-foot-4 cager will have more time to recuperate especially now that the enhanced community quarantine (ECQ) has been extended by President Rodrigo Duterte until May 15.

And once the ECQ is over, Baclao will be reuniting with the decorated Black, whom he won back-to-back UAAP gold medals at Ateneo de Manila University from 2008 to 2009.

Baclao was the Finals MVP of that title run in 2008, which was the first in the Blue Eagles’ historic five-peat.

Baclao and Black had actually reunited briefly in 2013-14 with Talk N Text but it didn’t lead to a title.