The Philippine Basketball Association (PBA) is in for a grueling schedule ahead starting Tuesday as five quadruple-headers will be played in the nine remaining game days of the 2020 Philippine Cup elimination round.

A new arrangement of games had to be made following a brief postponement of the season in compliance with the recommendation of the IATF-EID Technical Working Group and the DOH Advisory Group of Experts.

This, after a COVID-19 scare took place inside the bubble in Clark.

The quadruple-header set-up is indeed a first in league history, although such will allow the PBA to finish the eliminations by Nov. 11, still. It also keeps the league on track of finishing the season by the second week of December.

The league plunges back into action on Tuesday, Nov. 3, with reigning, five-time Philippine Cup champions San Miguel Beer raising the curtains at 10:00 a.m. with a clash versus Blackwater.

Phoenix Super LPG and Terrafirma will take the floor at 1:30 p.m., followed by the tiff between TNT and NorthPort at 4:00 p.m. Barangay Ginebra San Miguel and Alaska will cap off the day at 6:45 p.m. 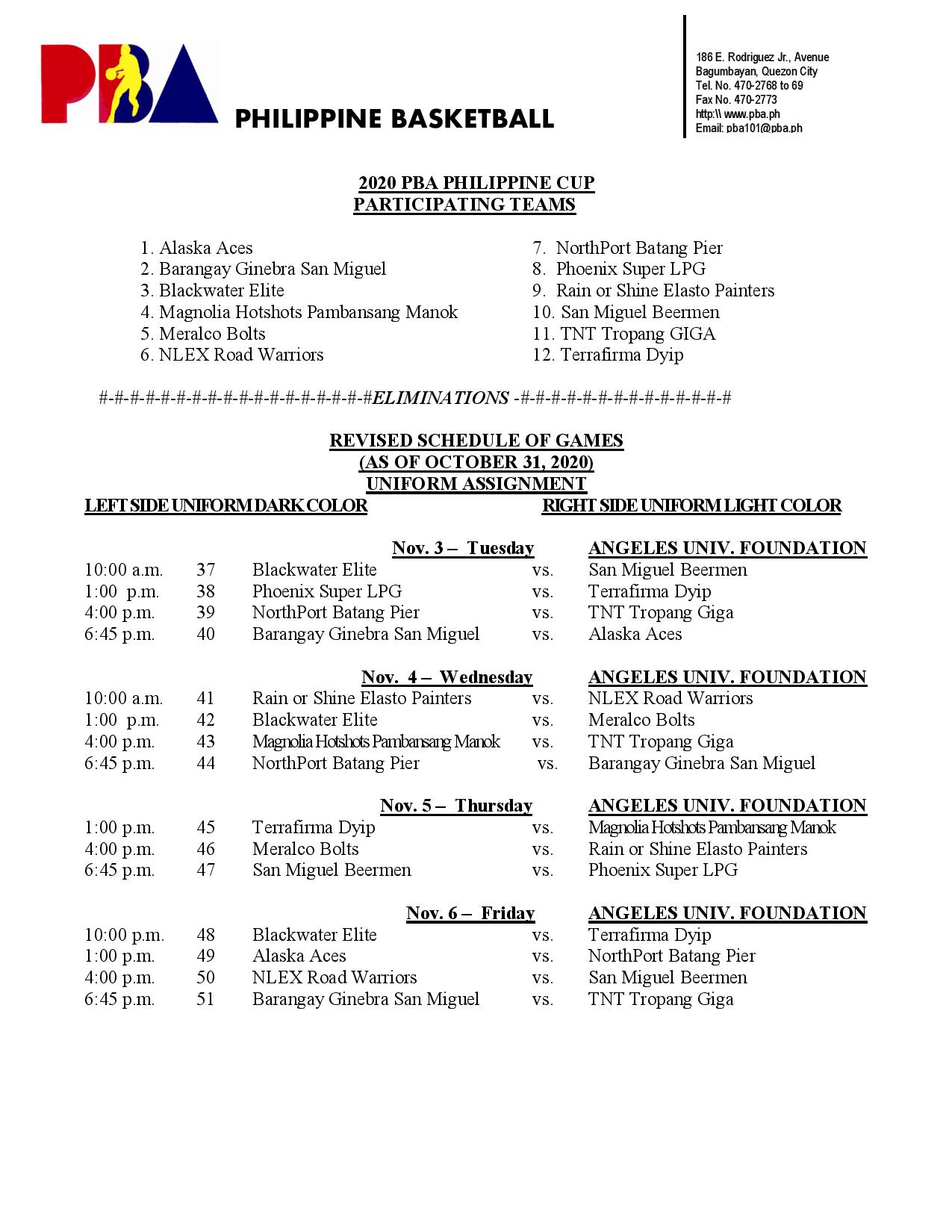 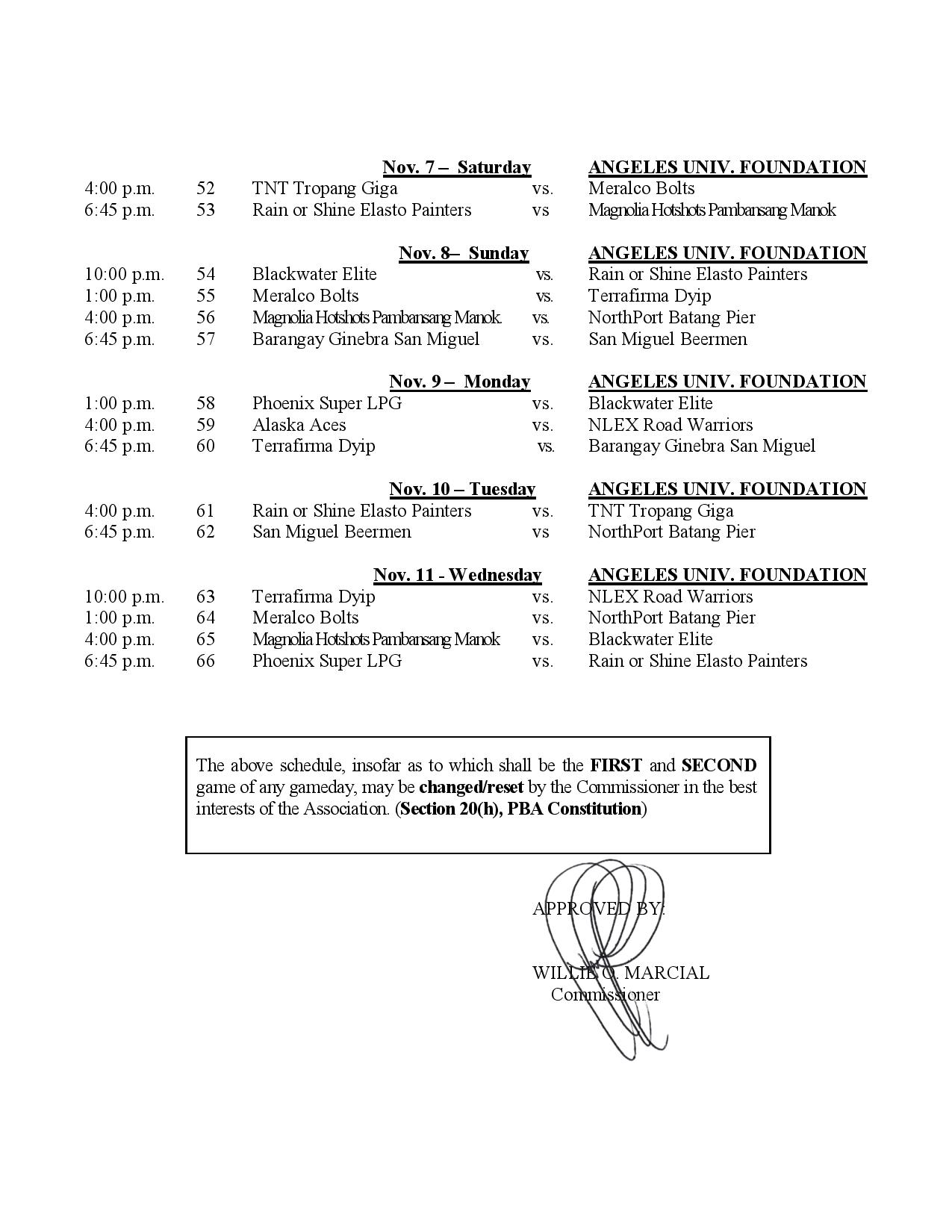