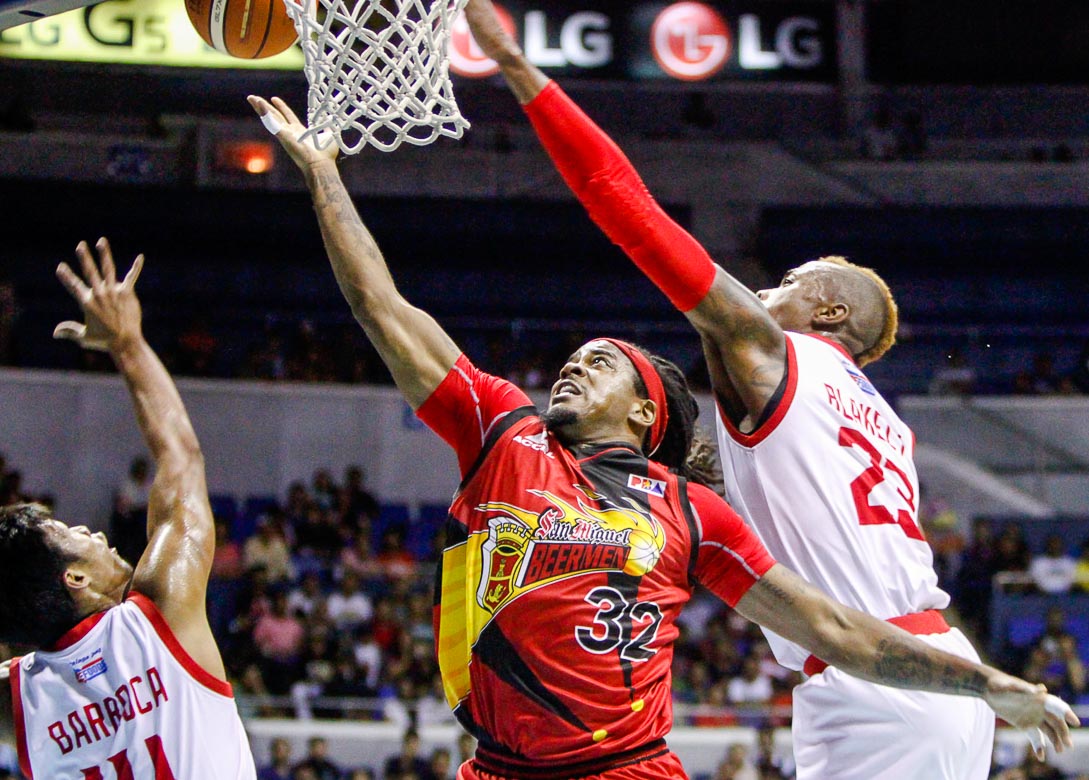 After a late-game collapse in their prior outing, the defending Governor’s Cup champions San Miguel Beermen hung on for a 109-100 win over the Star Hotshots to cap Sunday’s doubleheader at the Smart Araneta Coliseum.

The Beermen’s frontcourt of Arizona Reid and June Mar Fajardo posted monstrous numbers to pace SMB to their third win in four outings. Reid led all scorers with 34 markers, 11 assists, and five steals. Fajardo played his best game of the tournament so far, with 28 points on a 10/12 clip from the freethrow line, to go with 13 rebounds and two blocks in the win.

Two-time league MVP Fajardo came up hug.e as he pointed out how their well-balanced work on both sides of the floor had lifted their team after a setback in their prior outing.

From the get-go, the Beermen took control of the match as they put up a double-digit spread in the first half alone. By the third period, they had led by as much as 17 at 73-56, just before facing Star’s major rally powered by three-pointers by RR Garcia, Justin Melton, and PJ Simon.

Five minutes into the final frame, the Hotshots successfully trimmed the deficit down to five. However, a 14-5 blitz by the Beermen — that came mostly from Fajardo and Reid’s dominance in the interior — propelled them to pull away for good.

Coach Leo Austria mentioned the balance of the team, as they had exploited Star’s defense by scoring from the perimeter and by using their hefty frontcourt for offense.

“(Star) doubled us when we don’t have shooters in the perimeter. So it’s good to have guys like Marcio, kahit seven points lang siya, he’s always a threat and it’s good kasi nakaka-score yung mga big man.”

Although they gave up 100 points to Star, San Miguel’s defense forced Marqus Blakely into tough shots, as the Star reinforcement had only 15 points on 7/12 shooting and hauled 21 boards. In addition, Star committed a whopping 25 turnovers, almost 12 more than in their previous three outings, which led to 24 points on San Miguel’s end.

James Yap led Star in scoring with 20 points and four rebounds. Garcia and Melton both had 14.