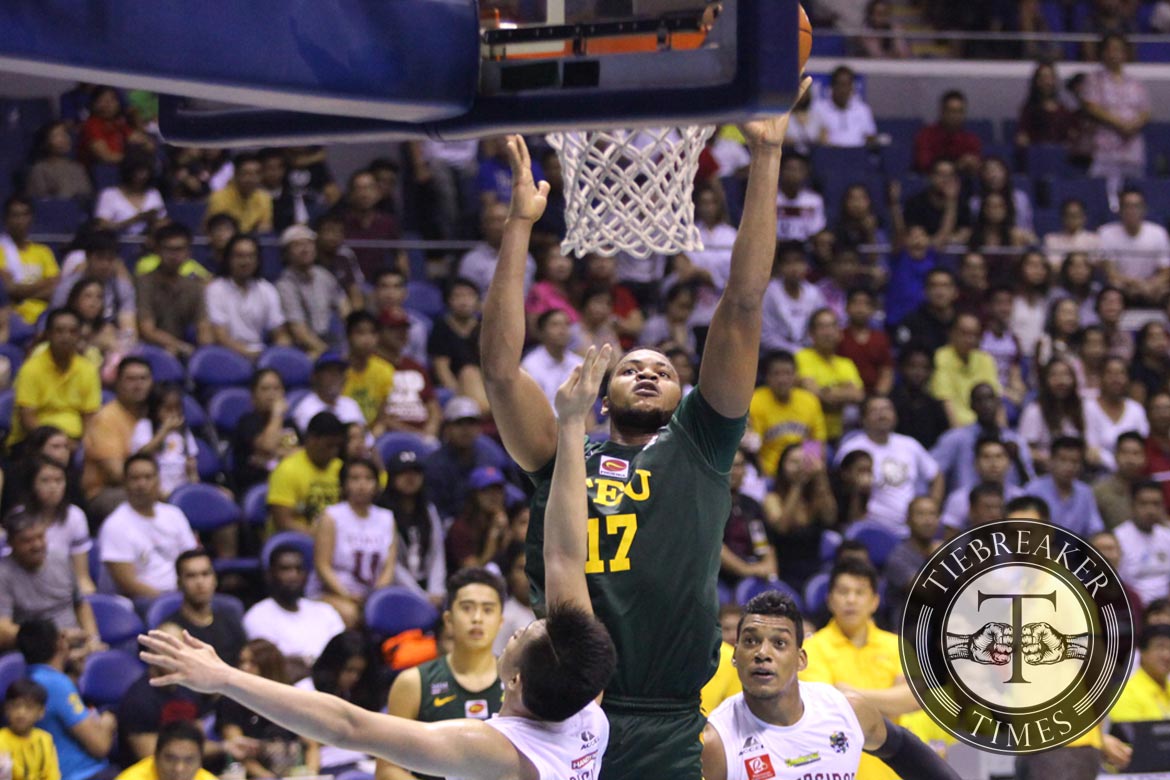 The UP Fighting Maroons tried every trick in the book but to no avail.

The defending champions Far Eastern University Tamaraws turned back the University of the Philippines Fighting Maroons, 50-49, to take its first winning streak of the season Sunday afternoon at the Smart-Araneta Coliseum in Quezon City.

“We knew all along that this game will be difficult,” FEU head coach Nash Racela said. “UP was coming off a win against UE and we are struggling, learning the ropes at this point.”

Monbert Arong was the only Tamaraw in double-digits with 14 points, five coming in the last two minutes of the game.

Besides the offensive heroics of Arong, it was the grit and hustle of Nigerian student-athlete Prince Orizu that saved FEU from probably the biggest upset of the season.

With the game tied at 47-all and with a minute remaining, Jarrell Lim tried to break the deadlock with a go-ahead layup but Orizu ran the length of the court to swat away Lim’s shot.

With FEU up by a solitary point after a split by Arong, Lim tried to get one over FEU’s big man 20 seconds later but again Orizu was on-point to reject the attempt that led to Arong’s turnaround jumper with 14.6 seconds left to put the defending champions up 50-47.

“It’s always something that we talk about, not giving up on any play,” Racela remarked about Orizu’s big play. “We missed an attempt but they never gave up on the play, talagang hinabol niya.”

Rookie Javi Gomez de Llano was able to clean up the mess of a Moralde miss to cut the lead down to a point once again. Jojo Trinidad then split his charities giving UP hope to at least tie the game. However, with no timeouts remaining, Manuel traversed the length of the court and was able to find Moralde. Moralde’s floater though was way short as time expired.

“That’s something that we preach together with resiliency and effort,” the UAAP champion head coach added.

The Maroons though were equally resilient in the game. Down by as 13 points, 32-19, with 3:22 remaining in the first half, Paul Desiderio and Dave Moralde rallied the Fighting Maroons back, eventually cutting the lead to just a solitary points, 45-44, with 3:48 remaining.

Wanting to upset the defending champions, the Fighting Maroons tried to outwit both the officials and the Tamaraws. Desiderio overeacted to a Ron Dennison screen, crumbling to the floor that caused the referee near by to call a disqualifying foul on the Tamaraw. The Maroons were able to take advantage of the call, tying the game after a split by Desiderio and a jumper by Jett Manuel.

“It’s something that the commissioner has to review,” Racela said about the play.

The game was painful to watch in the opening frame as both squads combined for just nine opening quarter points as Moralde scored all five of UP’s points in a 5-4 first quarter. It was the worst scoring quarter in the UAAP since 2003.

Paul Desiderio led the Maroons with 15 points but struggled from the field, shooting just 3-of-14 from the field. Moralde added a double-double with 13 points and 11 rebounds.

The FEU Tamaraws (3-2) look to extend its streak to three games, taking on the UST Growling Tigers in last season’s Finals rematch on Saturday, October 1 at 4:00pm. The UP Fighting Maroons (1-4) take on the NU Bulldogs in the first game of that game day.