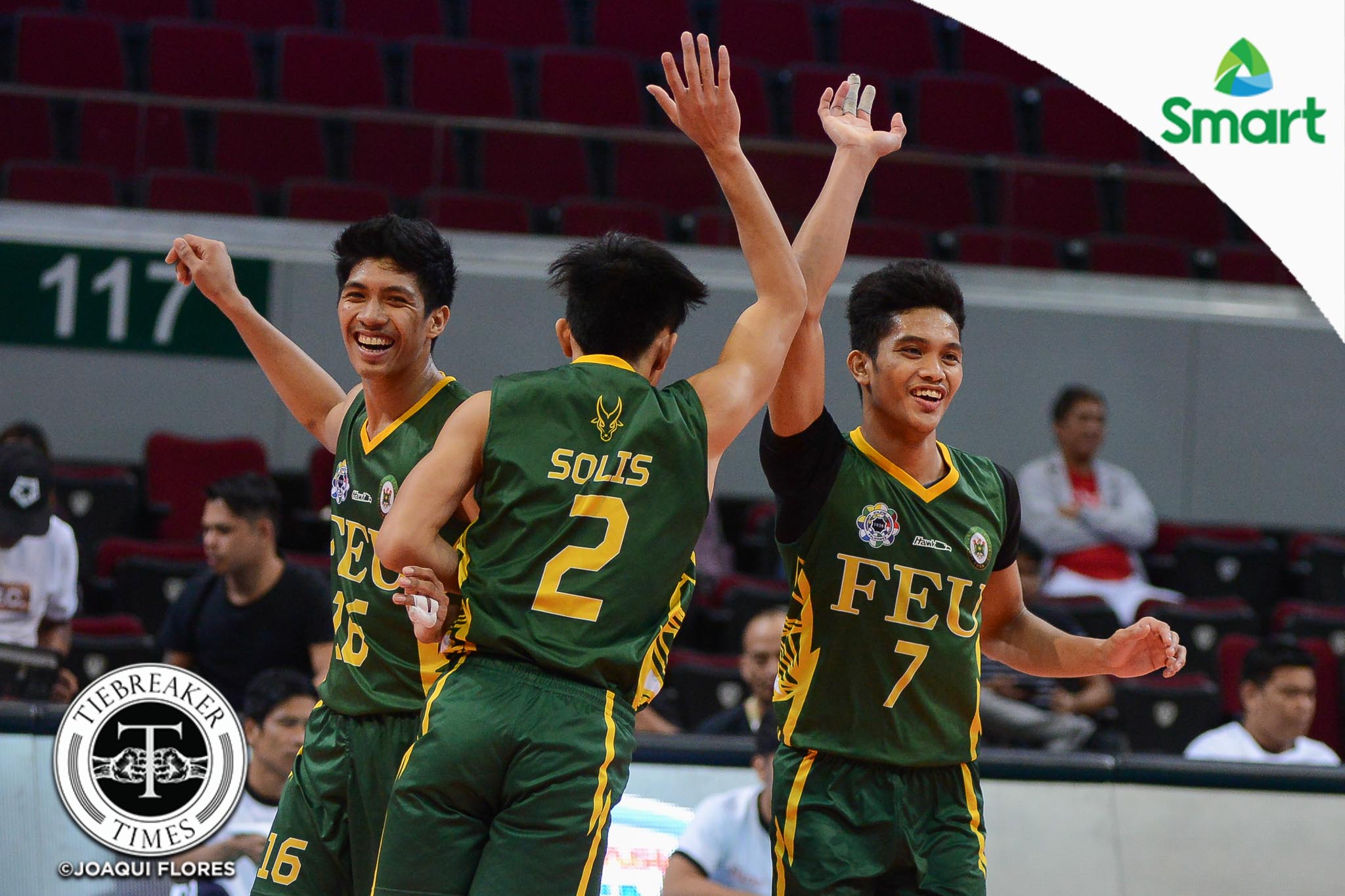 After their fates had been decided by the outcome of a different team’s match last season, the Far Eastern University Tamaraws took matters into their own hands this time around.

For the first time in three seasons, FEU have swept their season series against the University of the Philippines Fighting Maroons with a convincing 25-18, 25-15, 25-16 sweep and charged into the Final Four at the SM Mall of Asia Arena in Pasay City.

The Tamaraws displayed tremendous composure and focus throughout the match, barely wasting any movements. FEU leaped to big leads in each set, as their solid reception and explosive transition attacks stifled UP’s attack.

Fully-healthy sophomore sensation Jude Garcia lit up with 13 off 12-for-19 attacking, while skipper Richard Solis added 10.

With a 7-6 record, FEU enter the Final Four. They are currently seeded third with the University of Santo Tomas nipping at their heels. They face each other on Saturday at the Smart Araneta Coliseum.

UP fall to fifth in the standings with a 5-8 record. They need UST to lose all their remaining matches and to win against the Adamson University on Wednesday at the FilOil Flying V Centre to have a shot at the fourth seed.