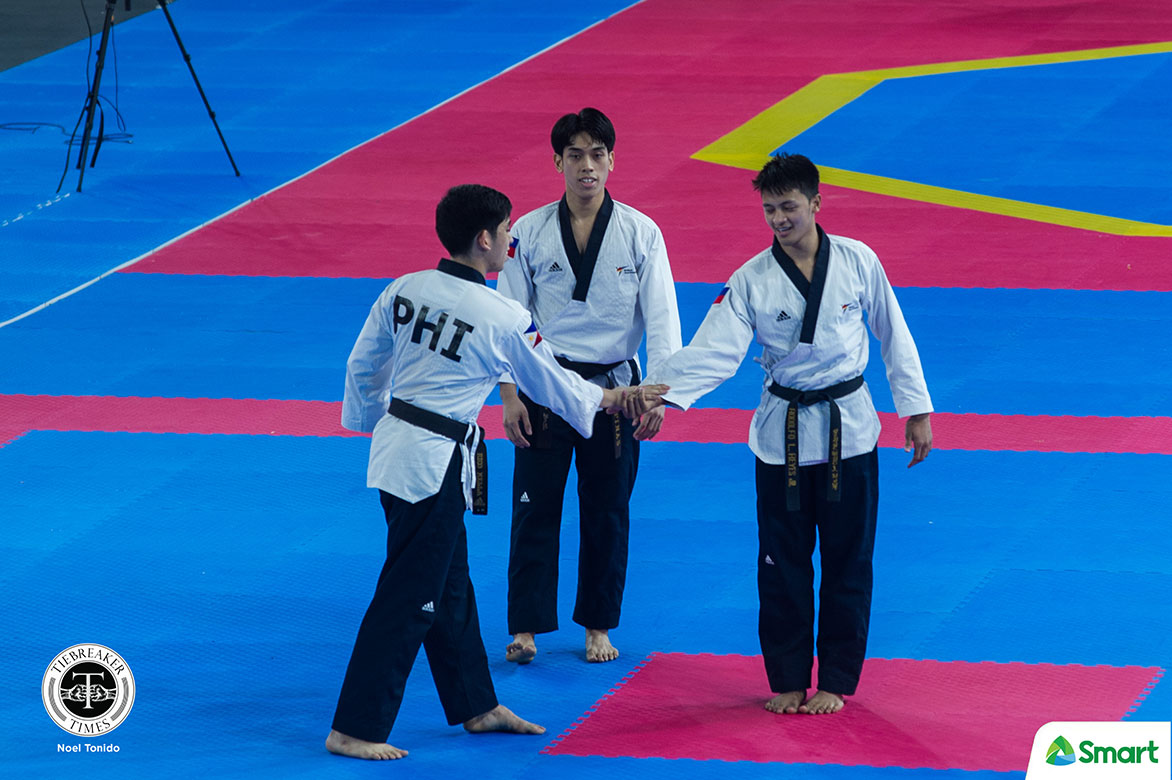 There have been few constants for the Philippines in the Southeast Asian Games.

Dustin Mella has been one of them.

10 years ago, the then-high school student from Claret had aspirations of becoming part of the national team and competing for the flag, as he joined the training pool. However, it was not yet his time.

“I made it a commitment to wake up each morning at five o’ clock [in the morning] to run, stretch, and train while the team was abroad. I swore I’d compete for the Philippines one day,” Mella recalled.

With the dedication he showed, he was finally able to make the cut and compete in his first international competition that same year. But even as he lost in the Korea Open Championships, the poomsae prodigy felt humbled by the defeat and vowed to comeback.

“It was a very humbling, and at the same time difficult, experience for me as I lost to someone who was much newer to the sport and years younger than me. I realized I had to work doubly hard since there were many athletes more talented than me,” he admitted.

Setback after setback made him question if he was still meant for the sport, but as a fighter he soldiered on.

“But I stayed and persevered. All these difficulties prepared me for the fruitful years to come.”

‘Fruitful’ ended up becoming an understatement.

Mella’s 2013 was huge, with his perseverance in the sport paying off. He started out in University of the Philippines as a freshman in Business Economics.

He helped the Fighting Maroons capture the second place trophy with his silvers in individual and team male events. Then he made even a bigger splash later that year with his first gold in the SEA Games — a gold in the team male event along with Marvin Gabriel and his younger brother Rico.

That made the young Dustin realize that he was meant for bigger things, and not just for poomsae. He does live for the sport, though, and made sure he was well-equipped for the battles ahead.

“I made it a point to train six to seven hours a day, six times a week. Our regular training in the National Team was two to three hours, so I added two more sessions in the morning and afternoon, squeezing in time between school and work,” he shared.

A UAAP championship in 2014 followed, alongside several event medals. After his graduation in 2017, he’d made a strong case as the best poomsae jin to ever don the Maroon and Green.

Mella then started coaching National University upon the prodding of its then-gyeorugi head coach Jeffrey Figueroa, as he wanted to share his experiences to the ‘new breed’ of athletes.

However, one of the biggest achievements for the standout is his part in the trio that snared the team male golds again 2015 and 2017, before that dominant run last December 7 made it four in a row.

“It was difficult because it is hard to stay on top. Other athletes, especially in our event, will always try to beat us. Other teams worked extra hard, so we were thankful that we maintained our place,” the four-time SEA Games champion said on that history-making feat.

A week and a day after, the young legend called it a day.

“This 30th SEA Games marks my last game as a National Athlete.

“Eventually, we need to make difficult choices, especially about things dear to us. Thankfully, this choice was not all that difficult, because I know our team has only to look up and forward with the brimming potential it has, and for me, I am looking forward to making my mark in the corporate world, to explore opportunities and go beyond my comfort zone,” the 24-year-old said.

And he is forever grateful to have brought honor to the country.

“The ten years I’ve spent with the National Team have come perfectly full circle, ending here where I started working on my passion, my motherland. For my team, the new breed has come, and I’m incredibly excited for the heights they will achieve.”

Sam Deguara proud to represent PH after being bane to Alab