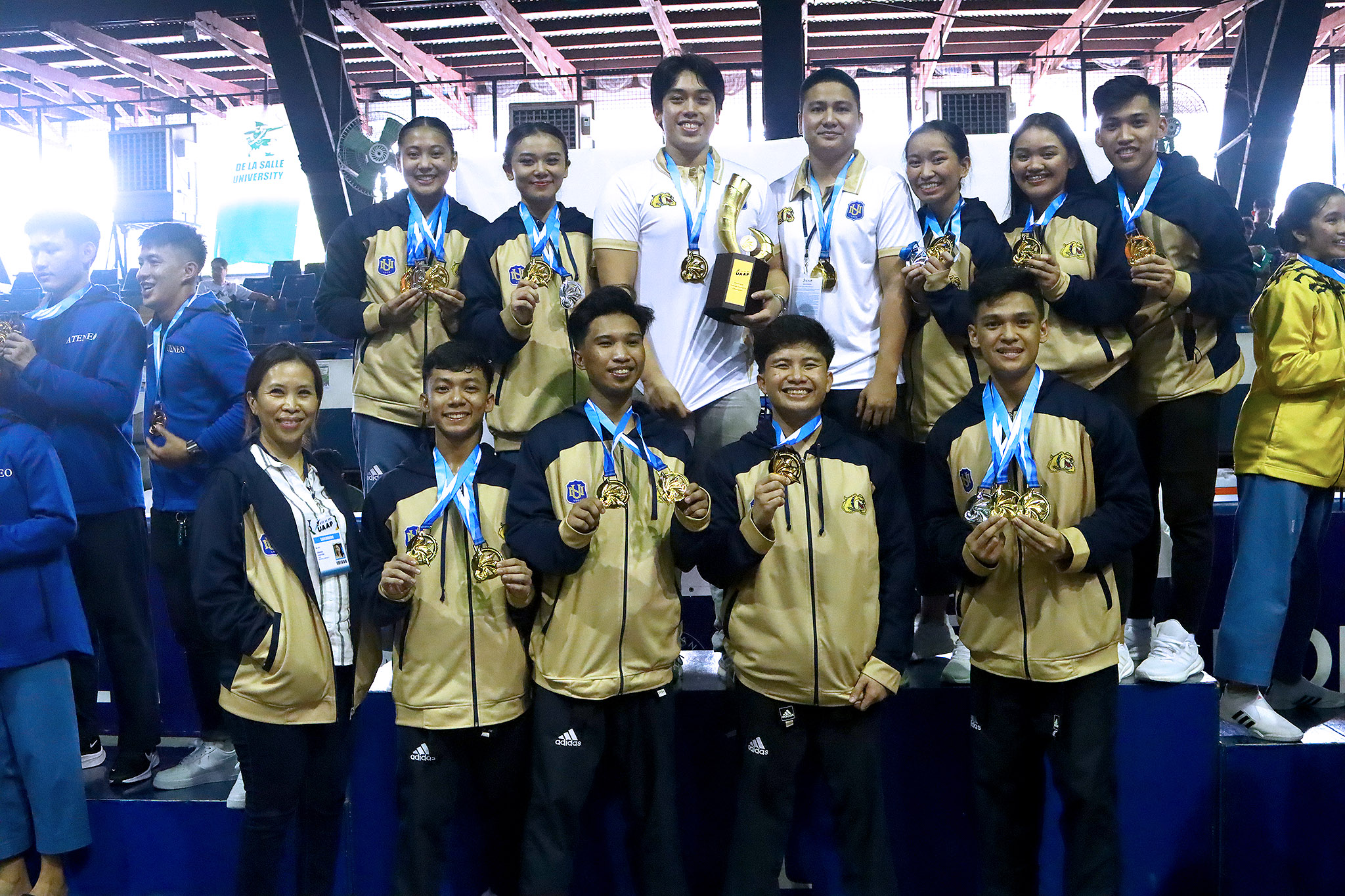 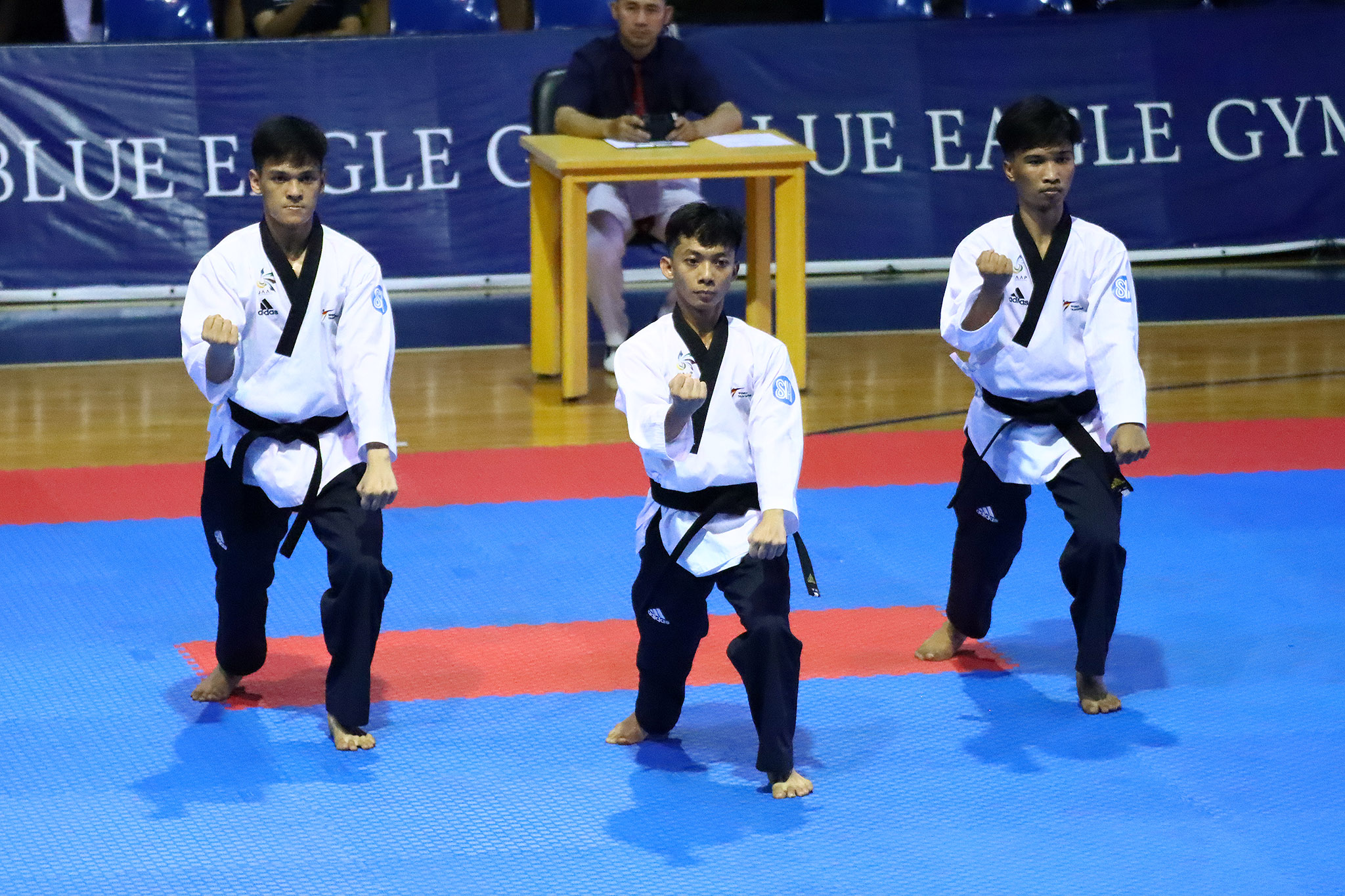 NU’s other gold came from season MVP Laeia Soria, who ruled the women’s individual category with 8.250, besting Aidaine Laxa of University of Santo Tomas, who had 8.135, and Mikee Regala of De La Salle University, who had 7.880. 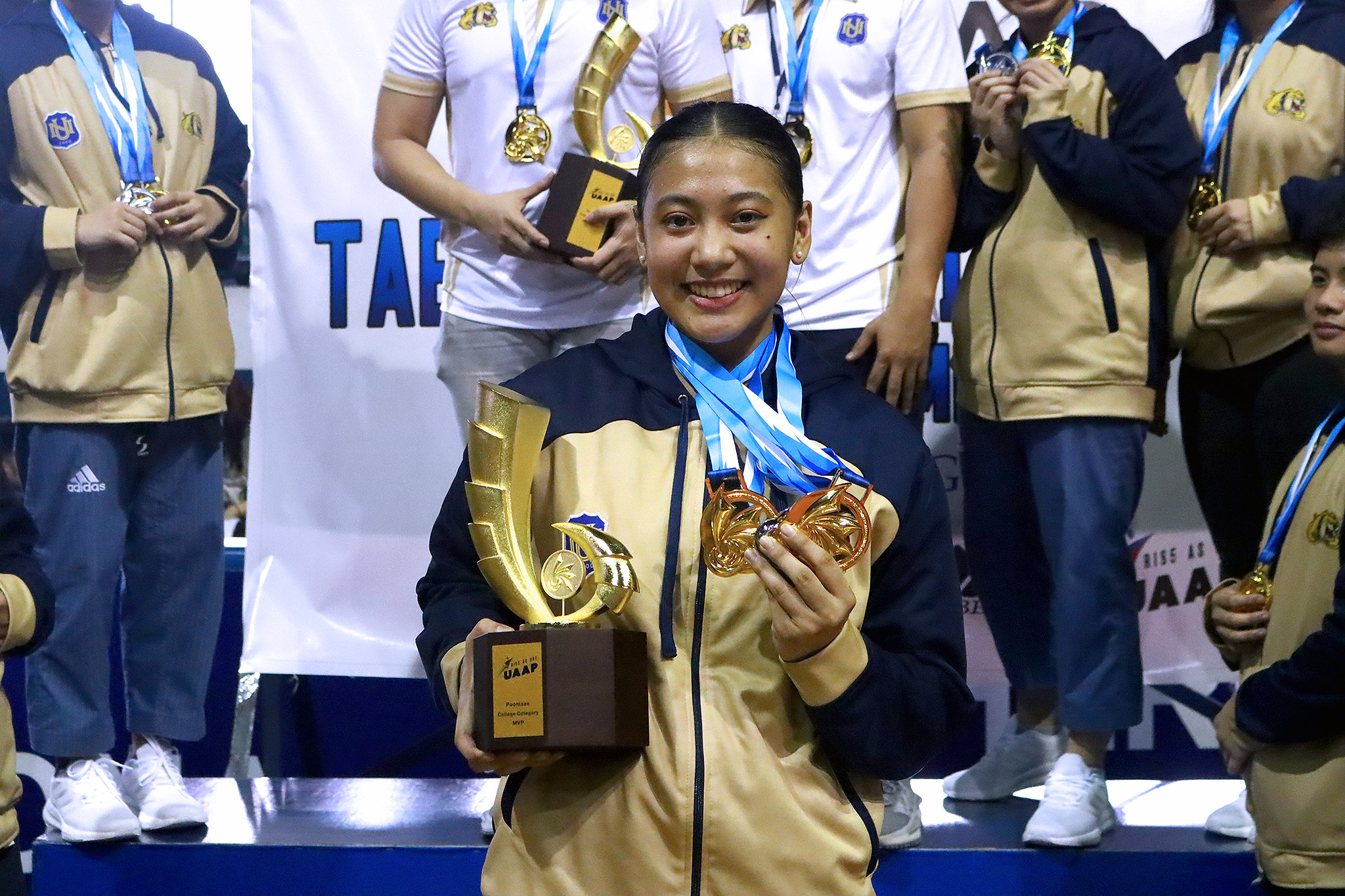 The Tiger Jins, who also won two golds, were hoping to get a favorable result in the men’s team event to claim the back-to-back but breaks were not in their way.

University of the Philippines’ Dominic Navarro, Joshua Cachero, and Datu Rayhan, who need to win the men’s team gold to hand UST the overall title, instead came in a close second with 8.235. Vincent Rodriguez, Kobe Macario, and Darius Venerable of UST finished third with 8.165.

“I’m still processing it, but it’s hard work basically,” NU coach Dustin Mella said. “We had to rethink our own approach to our lineup, to the events we want to emphasize. It was a lot of hard work and there were really so many factors.” 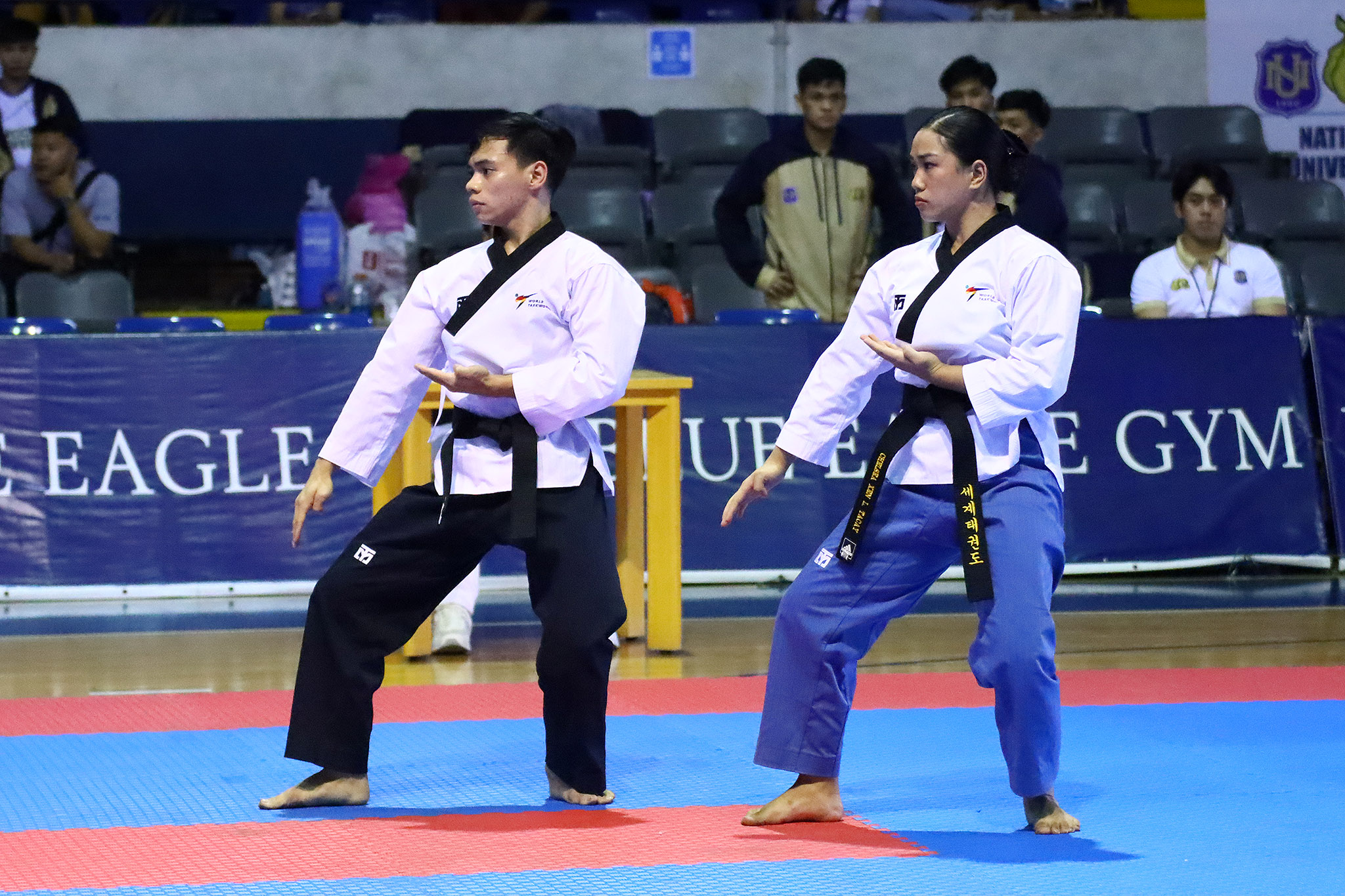 Rodriguez and Chelsea Tacay stunned La Salle’s Patrick Perez and Regala in the finals with a close finish for the pair gold, 8.230-8.215. Joaquin Tuzon and Elaine Borres got the bronze for the Blue Eagles with 7.895. 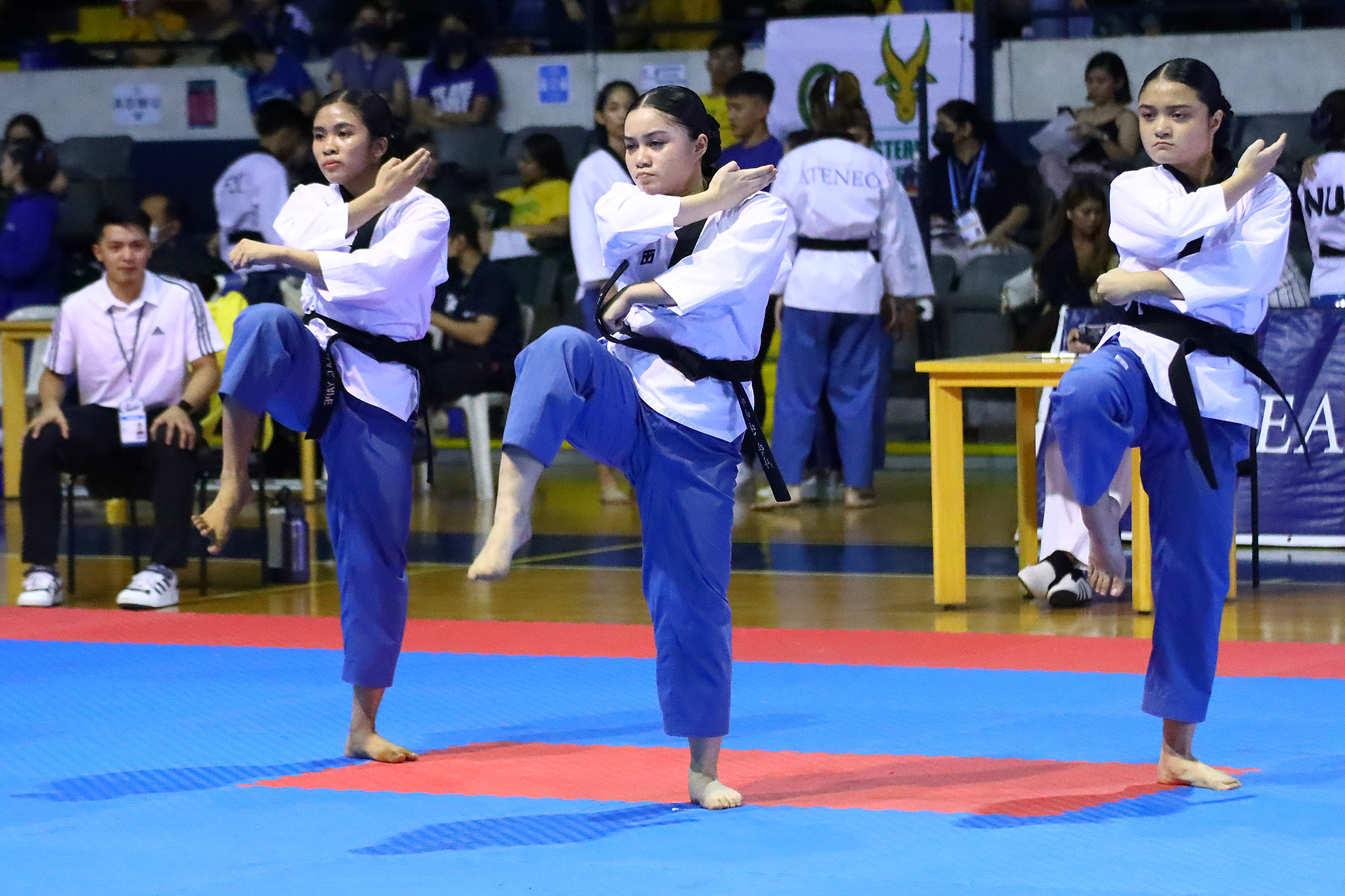 The Blue Eagles achieved their first-ever poomsae podium finish with a 1-0-1 medal tally. 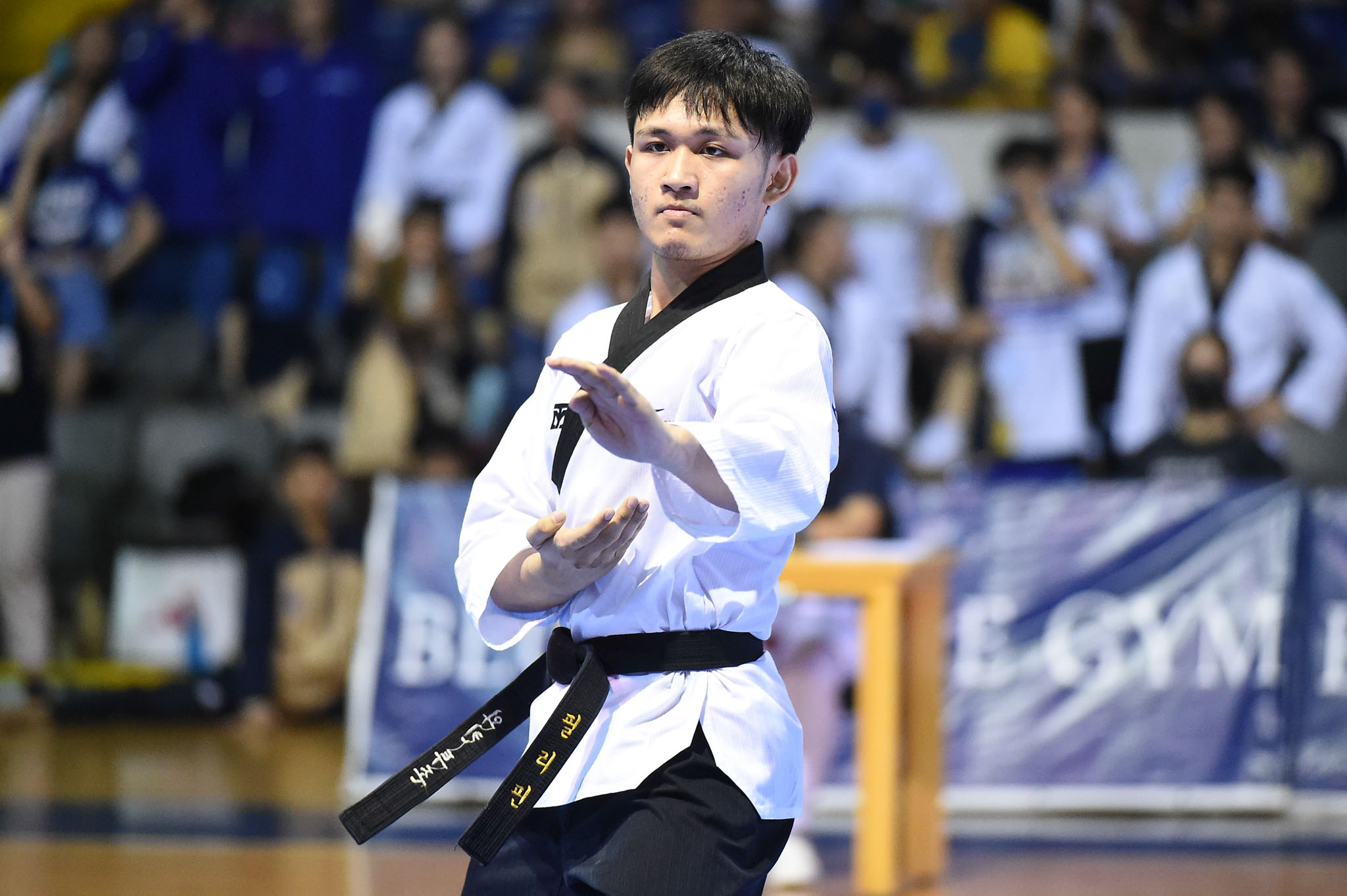 Ateneo’s Joaquin Tuzon claimed the other gold of the day, reigning over the men’s individual event with 8.195, beating heavy Rosquillo (8.170) and Perez (8.115) in the process.