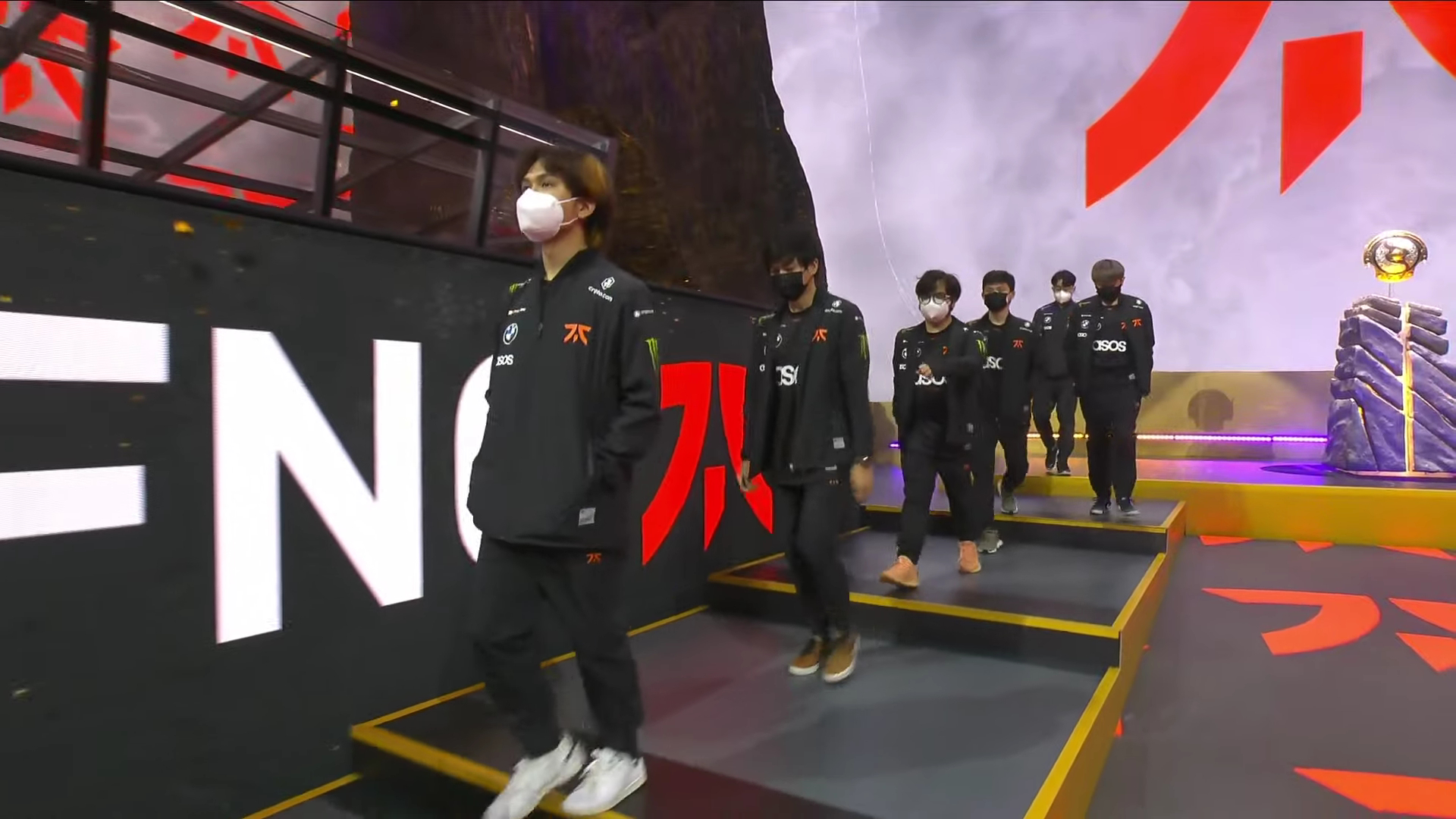 Djardel “DJ” Mampusti delivered on his Clockwerk, towing Fnatic past Team Undying to advance to the second round of The International 10 lower bracket, Tuesday night.

Fnatic ran away with the lead mid-game before Team Undying caught Anucha “Jabz” Jirawong (Nature’s Prophet) and Ng “ChYuan” Kee Chyuan (Void Spirit) during Fnatic’s siege up the top lane – giving them one last shot at a comeback. 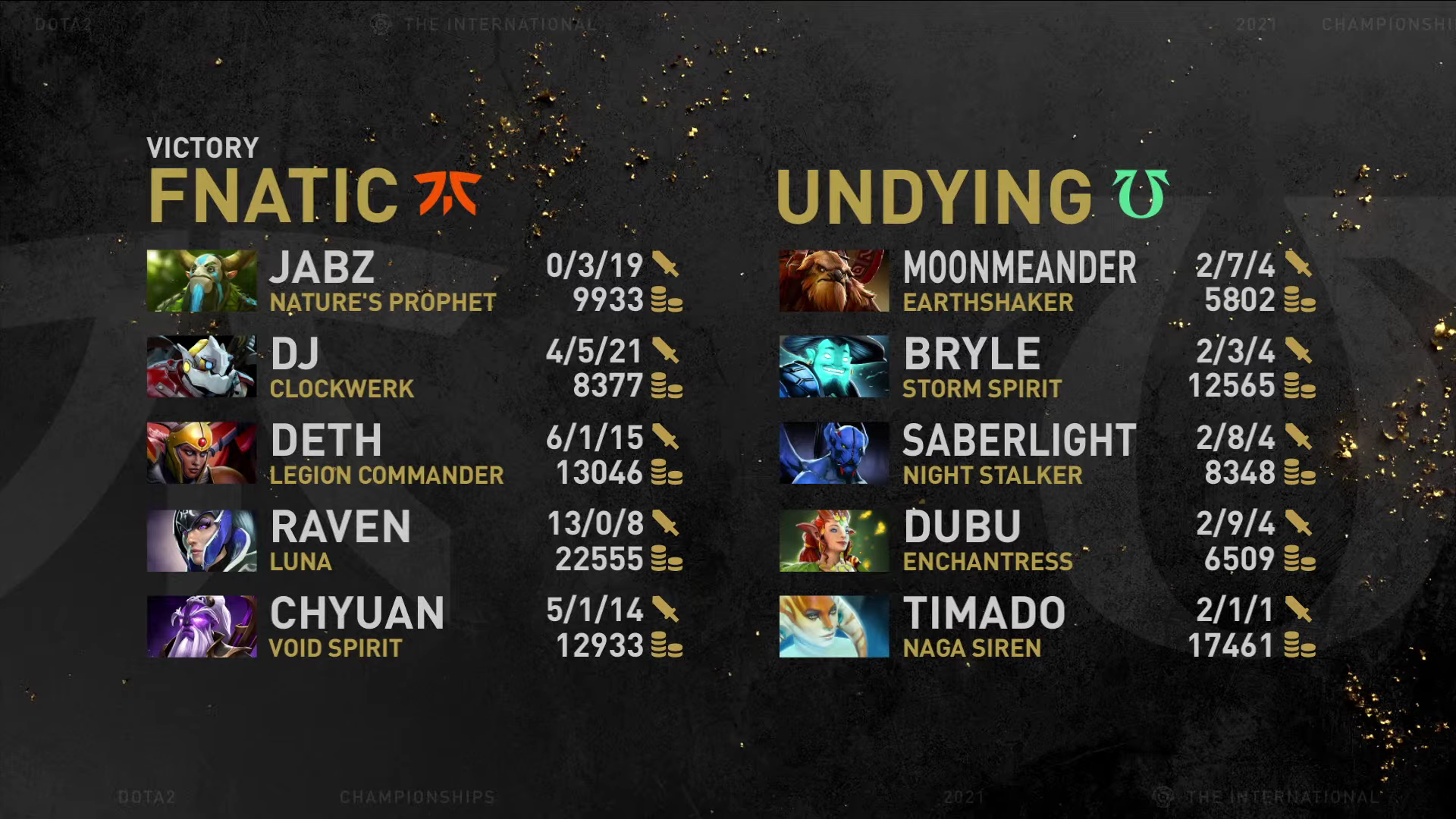 “I think as a team we came in this tournament not as strong, not as good but we’re kind of inconsistent,” said DJ, who was named the MVP of the best-of-one series.

The TI6 fourth placer finished with a game-high 21 assists along with four kills and five deaths in the 28-10 win which only took 28 minutes and 18 seconds to finish.

Also making his mark is Raven with a perfect 13-0-8 KDA line while Yang “Deth” Wu Heng (Legion Commander) ended up with six kills and 15 assists against just one death.

On the other hand, leading the charge for the North American squad is Enzo “Timado” Gianoli’s Naga Siren with two kills, a death, and an assist.

With the victory, Fnatic will advance to the best-of-three lower bracket round two against Team Spirit — who fell from the upper bracket after a 1-2 loss to Invictus Gaming tomorrow, Wednesday night.