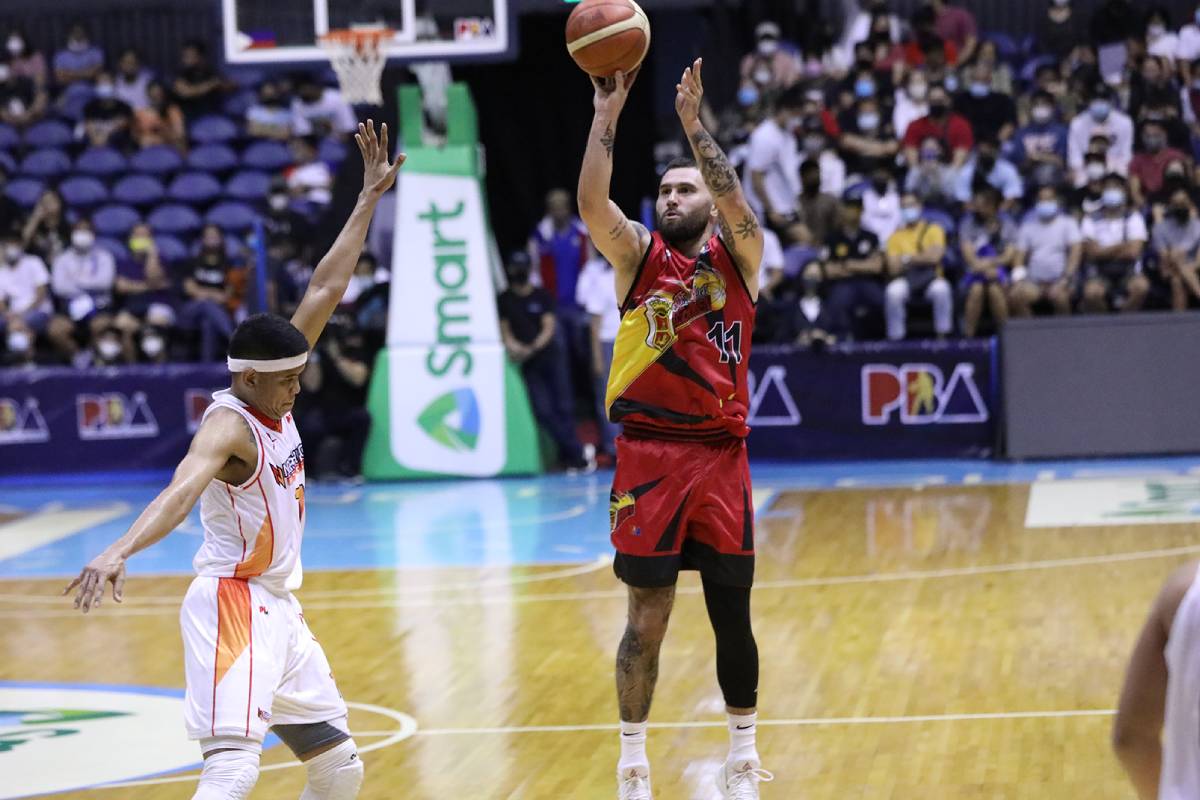 Robbie Herndon knew that it was only a matter of time before he would come up with a breakout performance for San Miguel, never losing confidence in his capabilities even as he rode the bench in his first few games.

It finally came on Saturday.

The Fil-Am winger played his best game yet in a Beermen uniform, tying his career-high 21 points on five three-pointers to lead his side’s late breakaway towards the 122-106 win in the PBA Philippine Cup.

“Obviously, it’s good to have this,” he said. “Other games, I was getting spare minutes, five here, six there. It’s hard to get a rhythm in low minutes like that, but like I said, I just stayed patient and positive.

“I know what kind of player I am. I know what I’m capable of doing, and I’m just blessed to be on a team like this, and I knew eventually I would have a breakout game and find my niche on the team.”

Make no mistake about it, though. Herndon had no qualms whatsoever with his limited playing time prior. It was understandable since he only arrived in SMB via trade from Converge literally a day after the season opener.

“I came to this team a little late,” the 28-year-old said. “I had to fast-track the process of getting accustomed to my teammates and the system. Nothing comes overnight, so I just stayed patient and positive.”

Head coach Leo Austria himself said previously that he would want Herndon to be indoctrinated well with the storied ball club’s scheme of things before using him longer, and the Batang Pier game proved to be the perfect opportunity.

“As he said, it’s a process,” he said. “He was too late coming to the team, one day [after] the opening. Every game, when I wasn’t able to give him ample time, I told him just be patient and your time will come, and tonight was his time.”

The multiple-time Coach of the Year also said before that Herndon would be an asset moving forward. And that’s because he already knew what the former D-League standout can bring to his team ever since.

“I saw his last game with his former team, he was really shooting well,” he said, referring to Alaska’s final game in the PBA during the Season 46 Governors’ Cup just a few months ago before retiring from the league.

“But unfortunately, I think he was sidelined before the end of that game, and that’s what stuck in my mind. When he’s available, there’s no question. ‘Di na ako nag-second thought to ask the management to get him.”

Now, Herndon definitely getting accustomed to San Miguel, and could soon become an important piece to a star-studded crew moving forward into the conference they’re currently leading with a 6-1 record.

“Im’ma keep saying it, I’m just staying patient and positive. It’s really all I’ve done,” he said. “I’ve grown closer to my teammates each day, each week at practice, and they were very welcoming actually.

“It’s nice to have a team full of good players like that, but they’re also very humble, and very welcoming. That helps,” added the former sixth overall pick.

“Like I said, just staying patient and positive, that’s the key.”