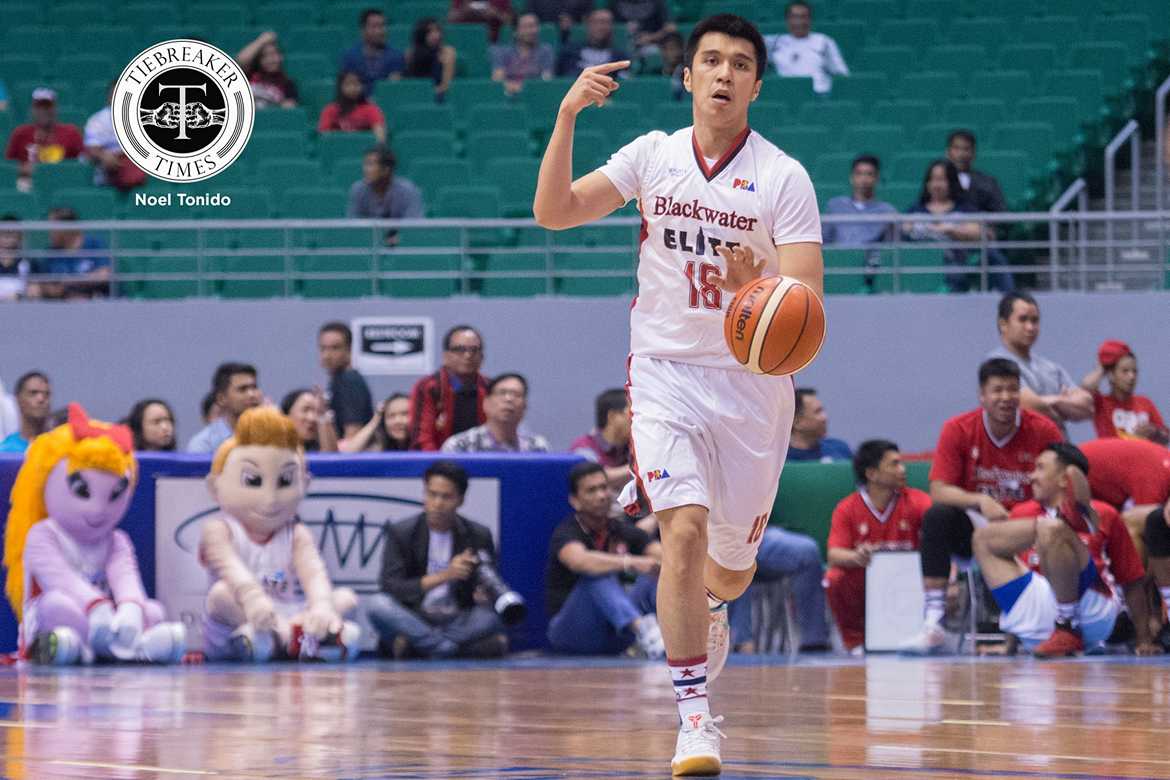 It was tough, but Blackwater needed to let go of Art dela Cruz

For Blackwater Elite owner Dioceldo Sy, the team’s decision to trade away Art Dela Cruz — who was the ninth overall pick in the 2015 Draft — to the Barangay Ginebra San Miguel means more than just a business deal.

“It’s more than a basketball deal,” shared Sy. “People might not understand my decision why I did it, but being a father –and I understand the mind of a father.

“With a heavy heart, we had to trade him. That’s the real score.”

The San Beda great has been off the basketball court for months now due to a ruptured Achilles tendon, which he sustained during a practice session with Gilas Pilipinas last March.

And according to Sy, that issue is what prompted him and the team to deal the 25-year-old forward, as the latter’s father, Art Sr. — who is currently one of Ginebra’s assistant coaches — spoke directly to him to have his son traded to the Barangay.

“So what can you do? The father approached us if we could trade his son. Siyempre he’s the father eh. And me as a father, also, I want my son to have a career after basketball,” said the 59-year-old, a former PBL chairman.

“Being a father sa heart, I had to trade him out because I know if the basketball career doesn’t work, he can still land a job in San Miguel. So that’s what we did.”

Sy knows how tough it is to let go of someone of Dela Cruz’ caliber. But now that the deal has been made, the Ever Bilena Cosmetics owner wishes Dela Cruz nothing but success.

“At that time, letting an Art dela Cruz go is a very difficult decision,” he recalled.

“[But] I wish him all the best. I heard he’s playing. And I hope he plays well. And I hope the injury does not recur. Otherwise it’s a big blow to his career.”

Ray Parks, Jr. ‘privileged’ to have PBA greats around him in Alab