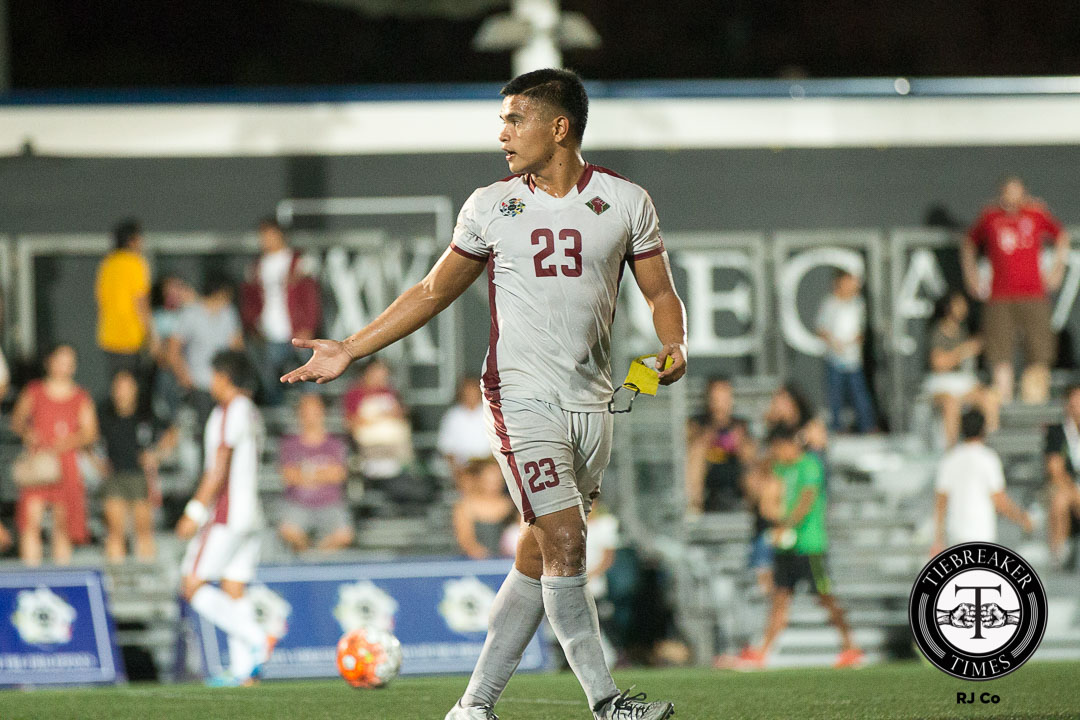 The University of the Philippines Fighting Maroons reached the UAAP Season 78 Men’s Football Tournament Finals after they defeated the University of Santo Tomas Growling Tigers, 3-0, last Thursday (April 28, 2016) at the Rizal Memorial Stadium in Manila. Crucial to that Fighting Maroons win was midfielder and captain Daniel Gadia who provided two assists in the first half to set UP on their way to a first Finals appearance since Season 75.

Gadia explained that UP head coach Anto Gonzales valued performance as much as results and that the Maroons’ coach always reminded his players to play like it was their last game. He appreciated this mindset and felt that Gonzales was still dissatisfied with the Fighting Maroons despite their resounding win over the Growling Tigers.

A date with the Ateneo de Manila University Blue Eagles for the championship this Thursday (May 5, 2016) at the Rizal Memorial is the reward for Gadia and the rest of the Fighting Maroons after their big win. In the end, though, winning the championship itself was far and away from Gadia’s mind.  “Maybe finishing tapos hindi ako satisfied eh sa performance namin ngayon so keep on improving lang. Hindi pa. Kailangan pa namin mag-train para mas makuha yung objective namin.” This attitude bodes well for UP as they look to clinch a first championship since Season 74. If they do indeed win the gold, then in his quest for self-improvement has played a key role in that triumph.

Leaving a legacy a priority for Ateneo midfielder Mabanag

Alaska eliminates Meralco in deciding Game 5; sets up date with Rain or Shine in finale