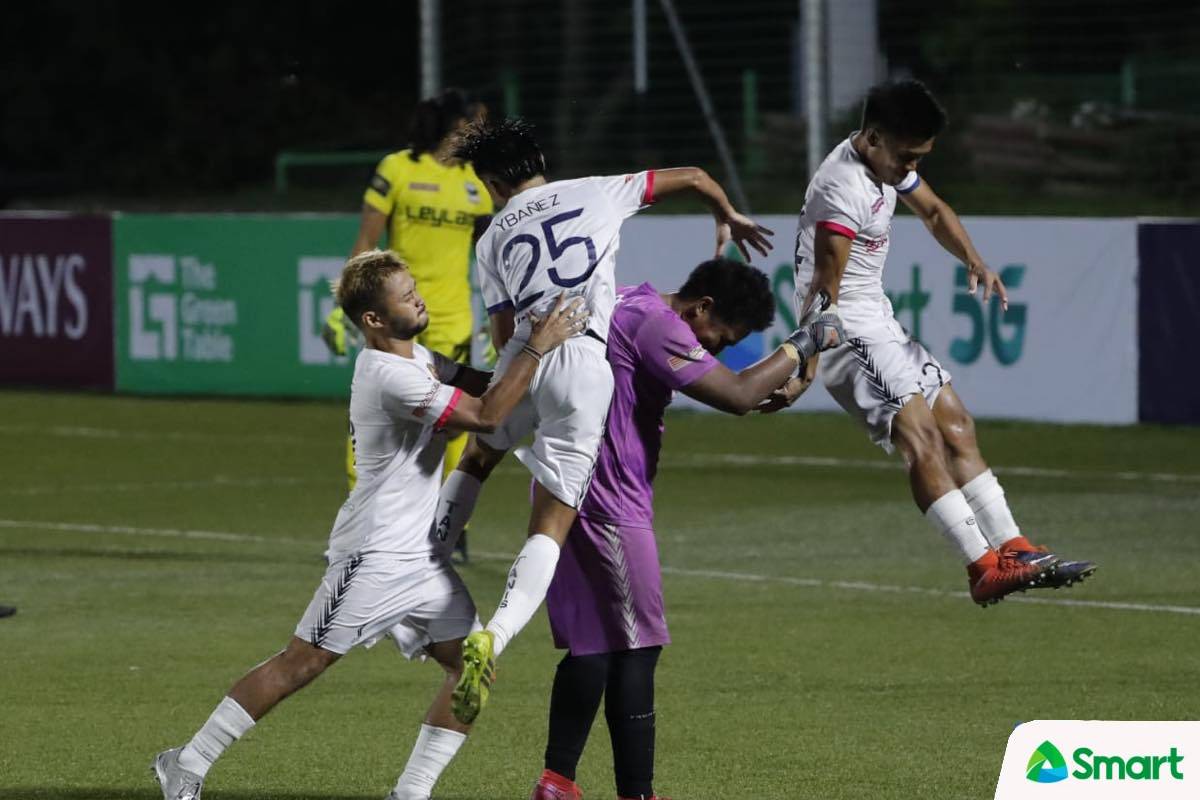 Kenn James managed to hold his nerve, leading Stallion Laguna to victory in a penalty shootout, 5-4, over Dynamic Herb Cebu after a 0-0 scoreline in regulation time. They sealed third place in the 2021 Copa Paulino Alcantara, Friday evening at the PFF National Training Center in Carmona, Cavite.

After a goalless 90 minutes, the likes of Daniel Gadia, Ricardo Sendra, and Charles Ralph Dabao III converted their spot-kicks for Cebu. Then Stallion stopper James was able to guess correctly and parry away Roberto Corsame Jr.’s attempt.

Before James’ save, Gabriel Silva, Abraham Placito, and Kim Sung Min were able to convert their spot-kicks. But it was Jo Warren Bedia who gave Stallion the lead after the heroics of the former Ateneo Blue Eagle goalie.

Cebu defender Joaquin Carlos Canas was still able to keep his team alive. However, Griffin Connor McDaniel converted the decisive penalty soon after to win the contest for Stallion.

“We worked hard for this,” said James. “Coming into this match, we wanted a win. We wanted to end on a high… Starting in this very important match, it just shows how the coaching staff trusts me to stand between the sticks. And then I just had to do what I had to do.”

Gracious in victory was Stallion-Laguna as well, tipping their hat to Cebu for putting up a tough stand against them.

“Congratulations first to Cebu. Being a first-timer in the league, they did really well,” said Stallion coach Ernie Nierras. “Both sides played really hard… The last time I ended up in a penalty shootout, I lost 4-5, so winning 5-4 is a blessing.”

#ReadMore  Besides CJ Perez, Juami Tiongson has been consistent for Terrafirma