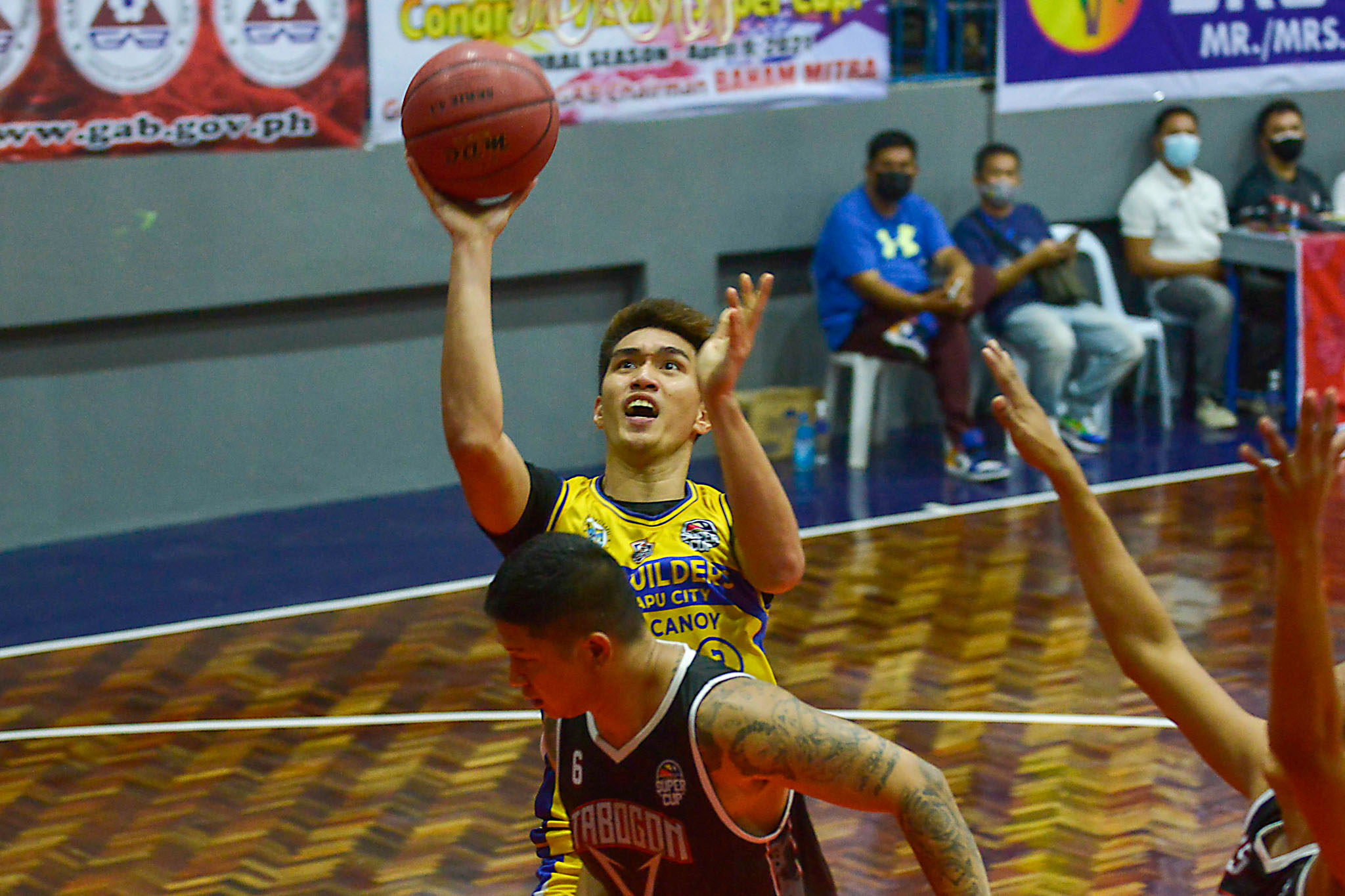 ALCANTARA — ARQ Builders-Lapu-Lapu City announced its title intentions with a huge 75-61 rout of Tabogon in the second day of action in the Visayas leg of the 2021 Chooks-to-Go Pilipinas VisMin Super Cup, Saturday afternoon at the Civic Center here.

ARQ was up by just eight early in the third canto but turned it on late in that stretch, uncorking 11 unanswered points to build a huge 25-point lead, 63-38, heading to the final period.

Wily guard John Abad sank a triple while former Adamson Falcons big man Dawn Ochea tallied eight straight points to give the Heroes a lead that the Voyagers would not come close to.

Ochea and veteran wingman Reed Juntilla led the way for ARQ with 12 points each, the former chipping in seven rebounds and two assists while the latter contributed six assists and three steals.

Ferdinand Lusdoc, formerly of Basilan in the MPBL, added 10 markers even as the ageless Jojo Tangkay came away with eight points, six boards, an assist, and a block to help Lapu-Lapu City capture the easy win.

Jethro Sombero and Peter de Ocampo had nine points each for the Voyagers. Sombero held his own against Lapu-Lapu’s cadre of big men as he grabbed 12 boards and blocked two shots.

Tabogon, though, got just three rebounds and nothing else from former pro, Harold Arboleda, who missed his two shots attempts in just eight minutes of action.

#ReadMore  Why did United City pour it on Maharlika? Schrock's respect for Anton Del Rosario

ARQ-Lapu Lapu will next face Dumaguete on Tuesday at 2:00PM while Tabogon looks to bounce back when it squares off against 0-1 Tubigon Bohol later in the day at 5:00PM.