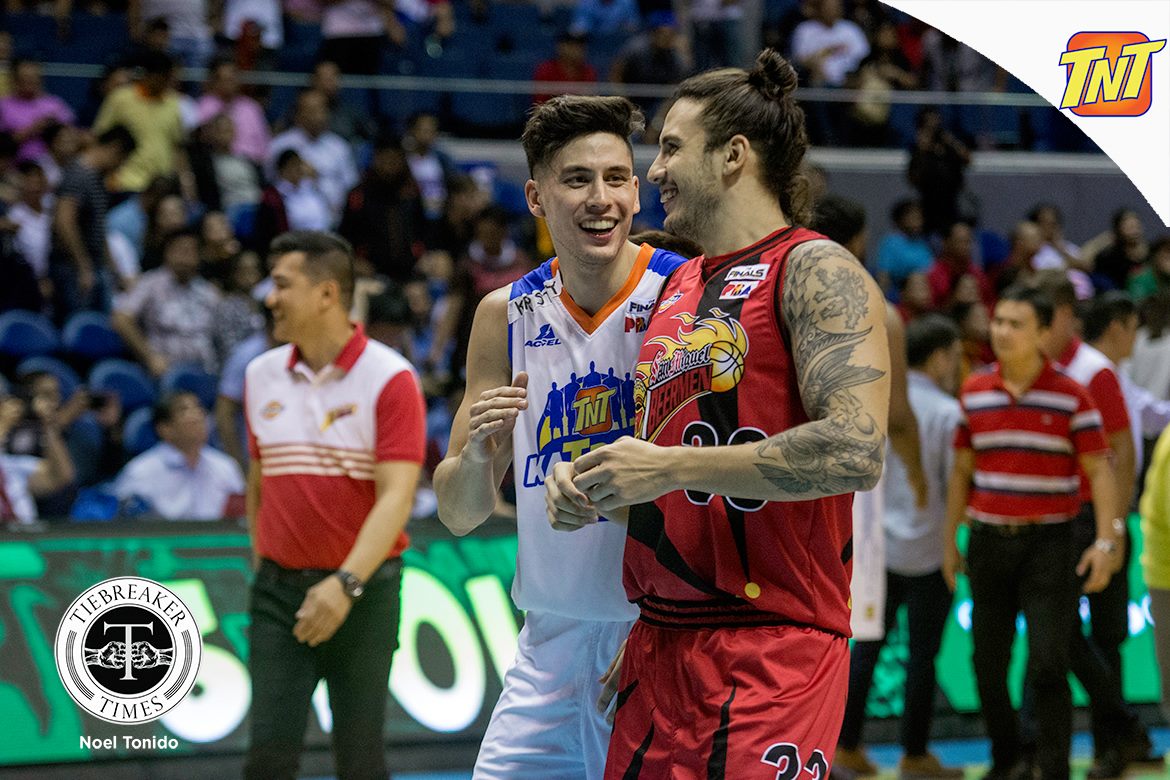 Aside from starting anew with flagship MVP franchise TNT KaTropa, the opportunity to team up once more with his twin brother Anthony makes David Semerad nothing but excited for the upcoming 44th season of the PBA.

The twins got reunited in the Texters camp as David was part of the three-player deal between TNT and the San Miguel Beermen last December 2018, where he and Brian Heruela plus a future pick were dealt for Terrence Romeo.

This will be the first time since 2014 that the Semerad twins will join forces. The last time they did so was in the NCAA Season 90, where they captured their fourth collegiate title with the San Beda Red Lions at the expense of Arellano University.

“I’m happy to be with my brother as well. It’s been a long time since we played together since college,” beamed David after TNT’s practice, Monday afternoon at the Moro Lorenzo Sports Center inside Ateneo De Manila in Katipunan.

“We’re finally back together.”

With Anthony on his side, David said that his assimilation with the KaTropa — which is just his second team in the five years he has been playing in the pro league — and in the system they are running is not that hard.

“Definitely because it’s still being tough, but having Anthony here would mean he can help me with the plays,” said David, SMB’s 10th overall pick in 2014. “When we’re at home we can talk about it as well. So he’s been helping me a lot.”

But more than having his brother, David is confident that he can easily mesh with TNT, who had a forgettable 2017-2018 season as they failed to make it past the quarters in the first two conferences and missed the Governors’ Cup playoffs.

“My role, it’s expected I’m a hustle player, working hard on defense and pick-and-rolls, working with the team. So I fit in well here.”