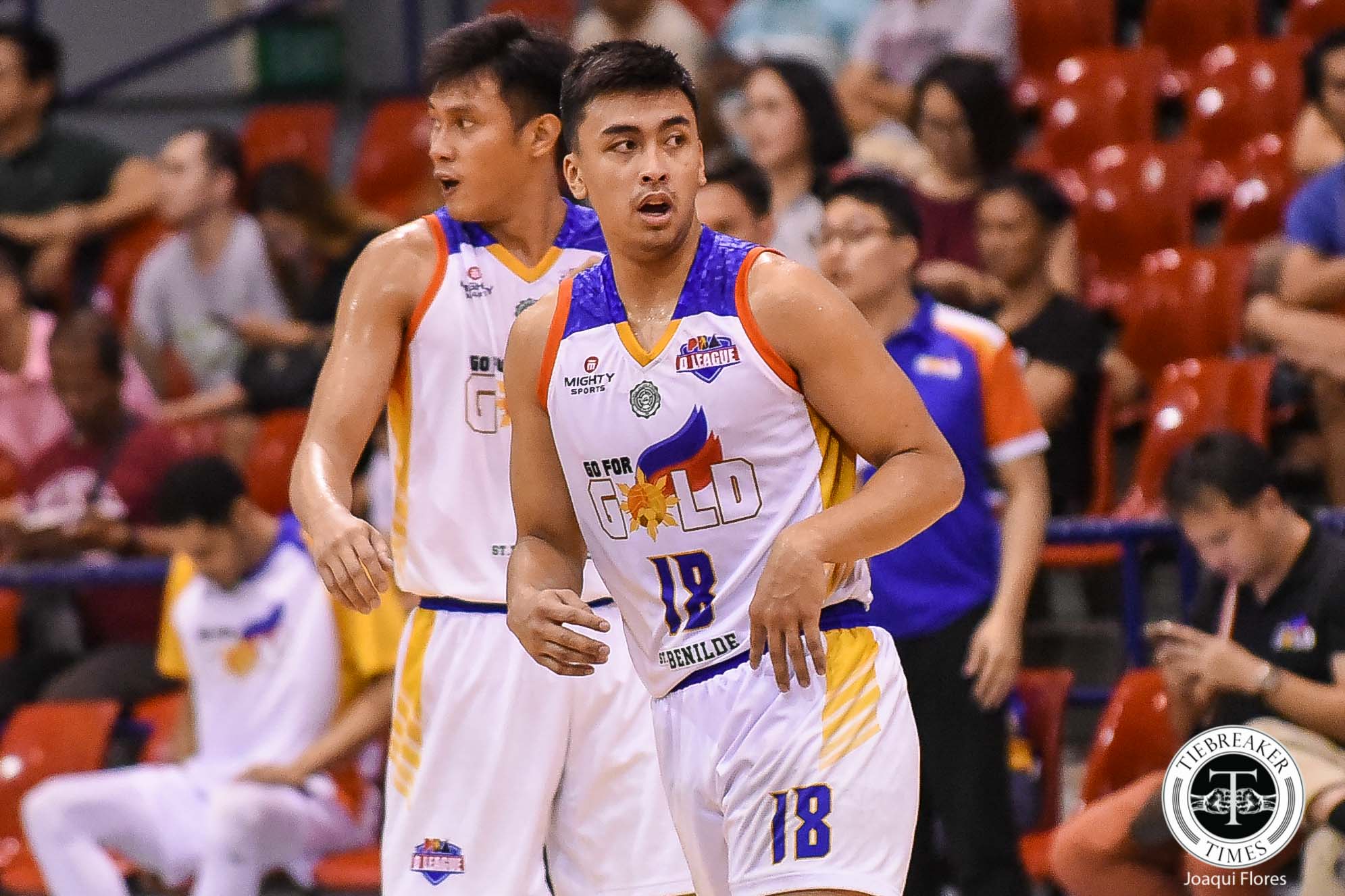 But they, unfortunately, fell short in meeting their goal of reaching the semis for the first time since the early 2000s after a bad run in the eliminations’ second round.

The Blazers are currently competing in the 2019 PBA D-League under the Go for Gold Scratchers banner.

For sophomore Justin Gutang, it is a necessary campaign for them in order to make the leap.

“It will help us for sure bring maturity on to the team. I think right now some of us are scared because they’re not used to this level of play. But it will definitely give experience to the guys especially to the guys coming off the bench,” the product of Burlingame High School said.

“It can develop our toughness and mindset going into the NC.”

The Scratchers though didn’t have an ideal start to the season. They lost big to Cignal-Ateneo in the opener, before bowing to reigning three-time NAASCU champs St. Clare College-Virtual Reality last February 21.

But they had finally broken through on Thursday by way of a 78-69 triumph over FamilyMart-Enderun.

“It was good. It was a good team effort. But we still have some things to work on. All the guys played great,” said Gutang, who led Go for Gold with 23 points, seven rebounds, four assists, and two steals in 28 minutes.

“We all showed effort. What got us the win is our effort.”

The athletic guard, however, warned that Thursday’s win will not guarantee the same result in their next games, and that they should still remain hungry to rack up wins to have that mentality be instilled in the whole team.

“We can’t get too full of ourselves. One win isn’t gonna make us keep on winning. It’s good momentum but we have to have that mindset where we’re always hungry. We can’t take for granted any games,” he reminded.

“Whoever we play, we have to play with more than a hundred percent.”