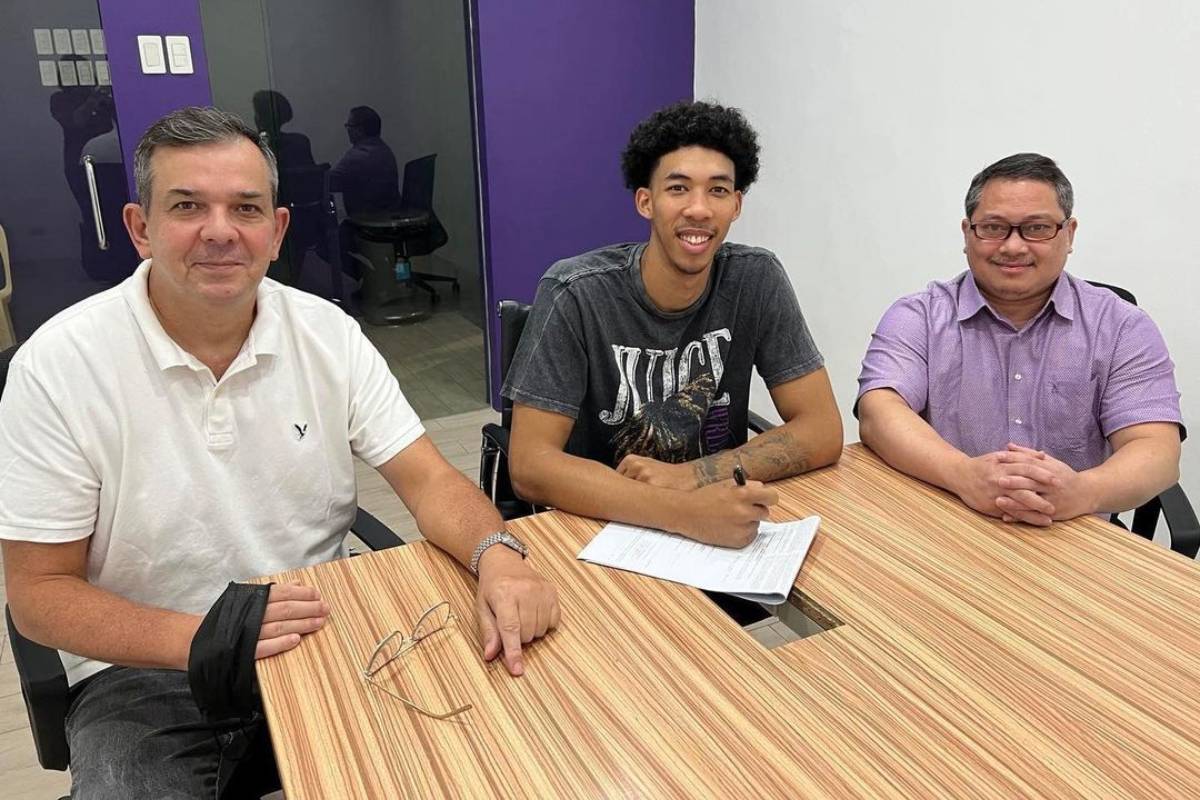 With just three days to go before the 47th season of the Philippine Basketball Association formally opens, Converge was finally able to lock up one of its coveted young guns.

The FiberXers signed rookie Tyrus Hill to a two-year deal on Thursday.

Also with Bachmann during the signing was Converge human resources head Albert Custodio.

Converge is now in the process of submitting Hill’s UPC to the league so that he can be added to their official roster.

The 6-foot-5 big man out of De La Salle University was initially drafted by NLEX as the seventh overall pick in the 2022 PBA Rookie Draft.

On May 17, the Road Warriors shipped their rights to Hill, along with David Murrell, to the FiberXers in exchange for a 2023 first round pick.

The only pick yet to be signed by the FiberXers is 15th overall pick Kam Vales.