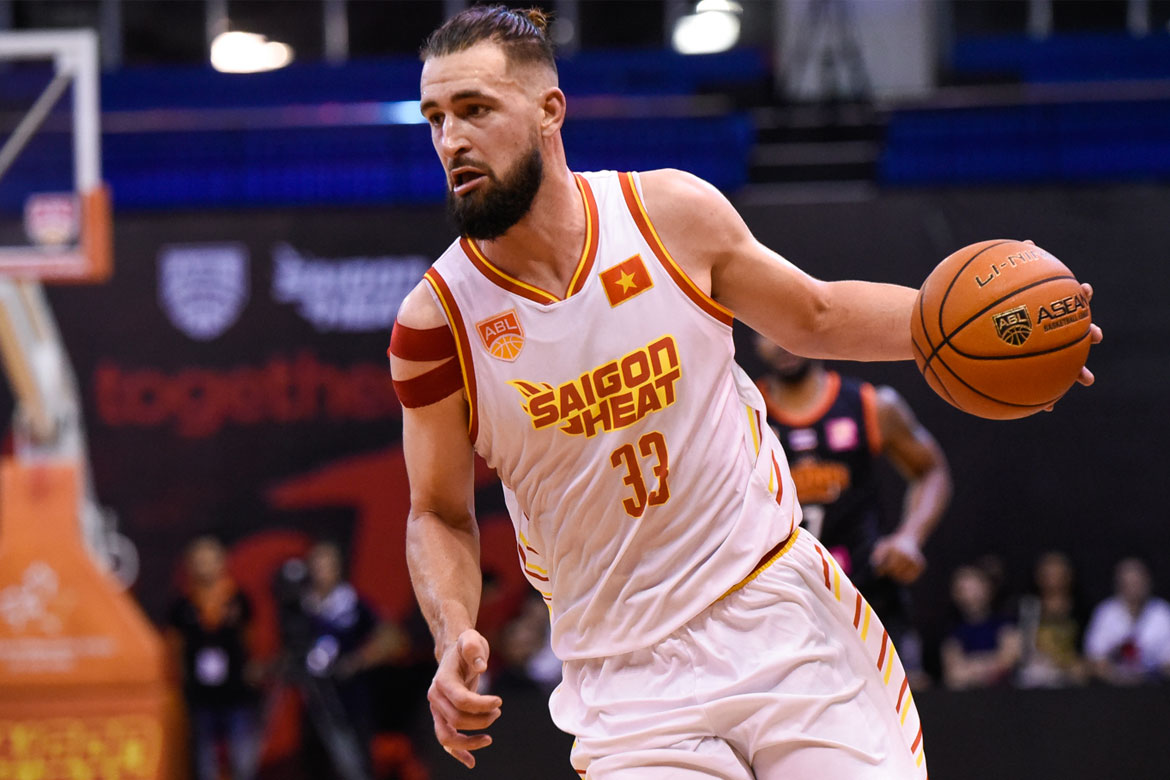 The Columbian Dyip have hired Kyle Barone as their reinforcement for the 2019 PBA Commissioner’s Cup in May.

The 6-foot-8 center out of University of Idaho is coming off a stint with the Saigon Heat in the 2018-2019 ASEAN Basketball League, where he led the Vietnamese club to the quarters.

In his time in the regional pro league, Barone put up commendable averages of 21.1 points on 50-percent shooting from the field along with 13.0 rebounds, 1.7 assists, and 1.3 blocks.

The decorated veteran from Orange County, California has had professional stints in Poland, Hungary, Japan, and Taiwan before bringing his act in the ABL.

The 29-year-old Barone will shore up the frontline of Columbian that is bannered by Russel Escoto, Jon Gabriel, JayR Reyes, and Jackson Corpuz.

Columbian is coming off a 10th place finish in the 2019 Philippine Cup where they ended up 4-7.

Me-Anne Mendrez chooses to see bright side of getting tonsillitis