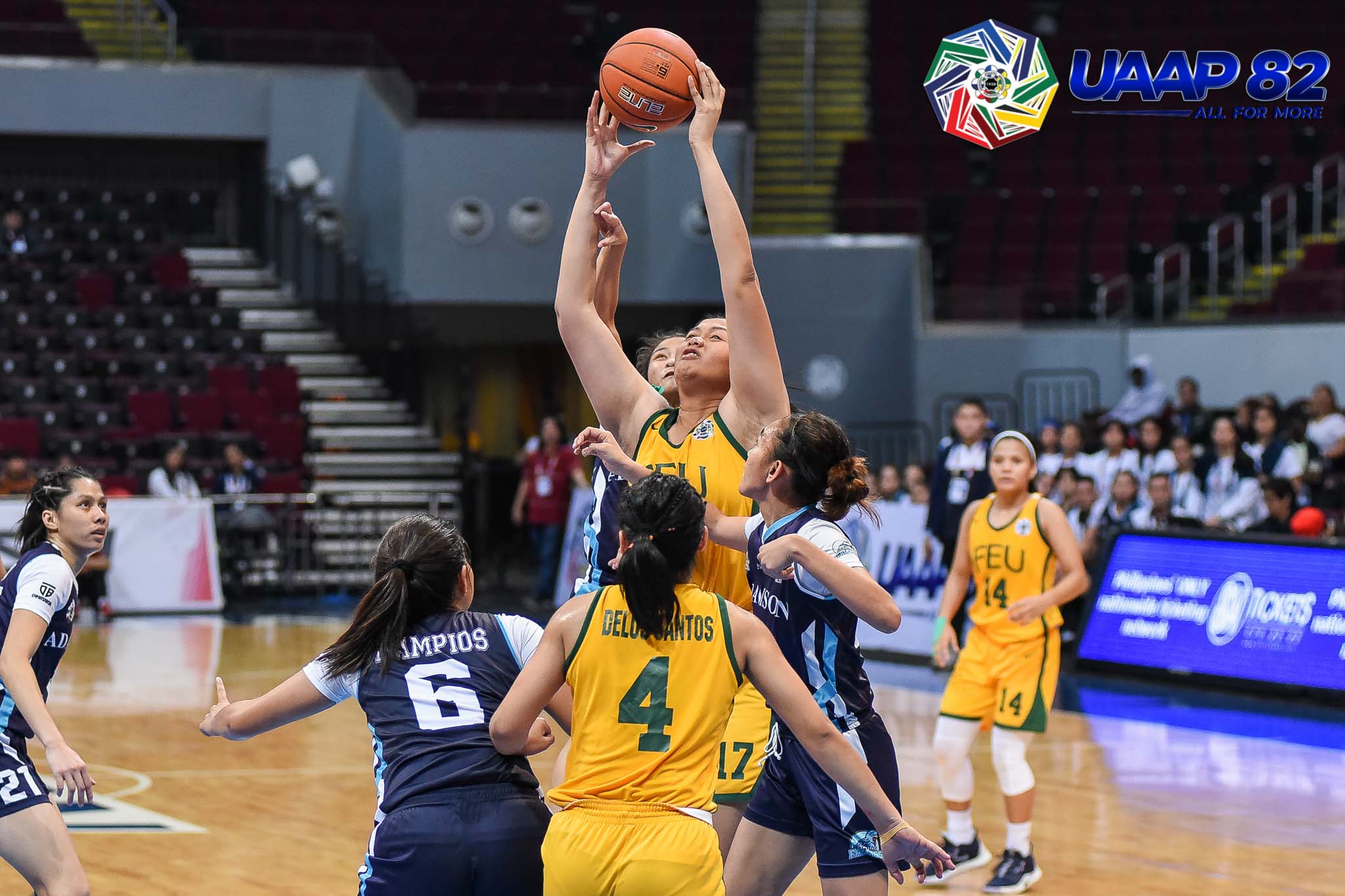 Clare Castro led the Lady Tamaraws with 28 points, 17 rebounds, and five blocks, as they survived a furious third quarter rally from the Lady Falcons. They even fought back from an eight-point deficit, 65-57, with 6:14 left in the game.

Her inside presence allowed FEU to come back and she even tied the game at 67 with a short stab with 1:15 remaining.

From there, the Lady Tamaraws’ experience prevailed. Jay delos Santos scored the go-ahead layup with 16.1 seconds remaining, while the Lady Falcons committed three costly turnovers in the endgame to halt their rally.

Delos Santos added five points, three rebounds, and three assists to make up for the offensive foul called against her with 29.2 ticks left.

The win brings FEU level for the second spot, 5-2, with UST.

Meanwhile, Adamson dropped to 4-3 in the standings after incurring back-to-back defeats to end the first round.

Mar Prado paced the Lady Falcons with 21 points, 15 rebounds, and four steals. Lhyn Bilbao got a double-double of 14 points and 13 boards.