The National University Bulldogs came and went with their leader and undoubted best player Bryan Bagunas in the UAAP Season 81 Men’s Volleyball Tournament.

Last season’s Finals MVP put up career bests all over the board. He also tallied a league-best 285 points in Season 81, 79 points ahead of the second-best scorer, Adamson’s Pao Pablico.

The Bulldogs flourished as Bagunas did, turning a 13-1 record.

After trumping the FEU Tamaraws in Game One of the Finals, NU are now just one game from a second straight championship.

Even if he was miles ahead of anyone else in the league, Bagunas still could not believe he will be named Season MVP in a ceremony set on before Game Two of the Finals on Wednesday.

After all, Bagunas started at the bottom of NU’s bench as a rookie in Season 77. The Batangueño then slowly improved his game, until he turned into a high-flying dynamo last year.

It’s this humble beginning that keeps Bagunas on his toes.

Bagunas becomes the first MVP after Ateneo’s Marck Espejo won it for five consecutive seasons. Bagunas had seemed only a far second to Espejo through those years. 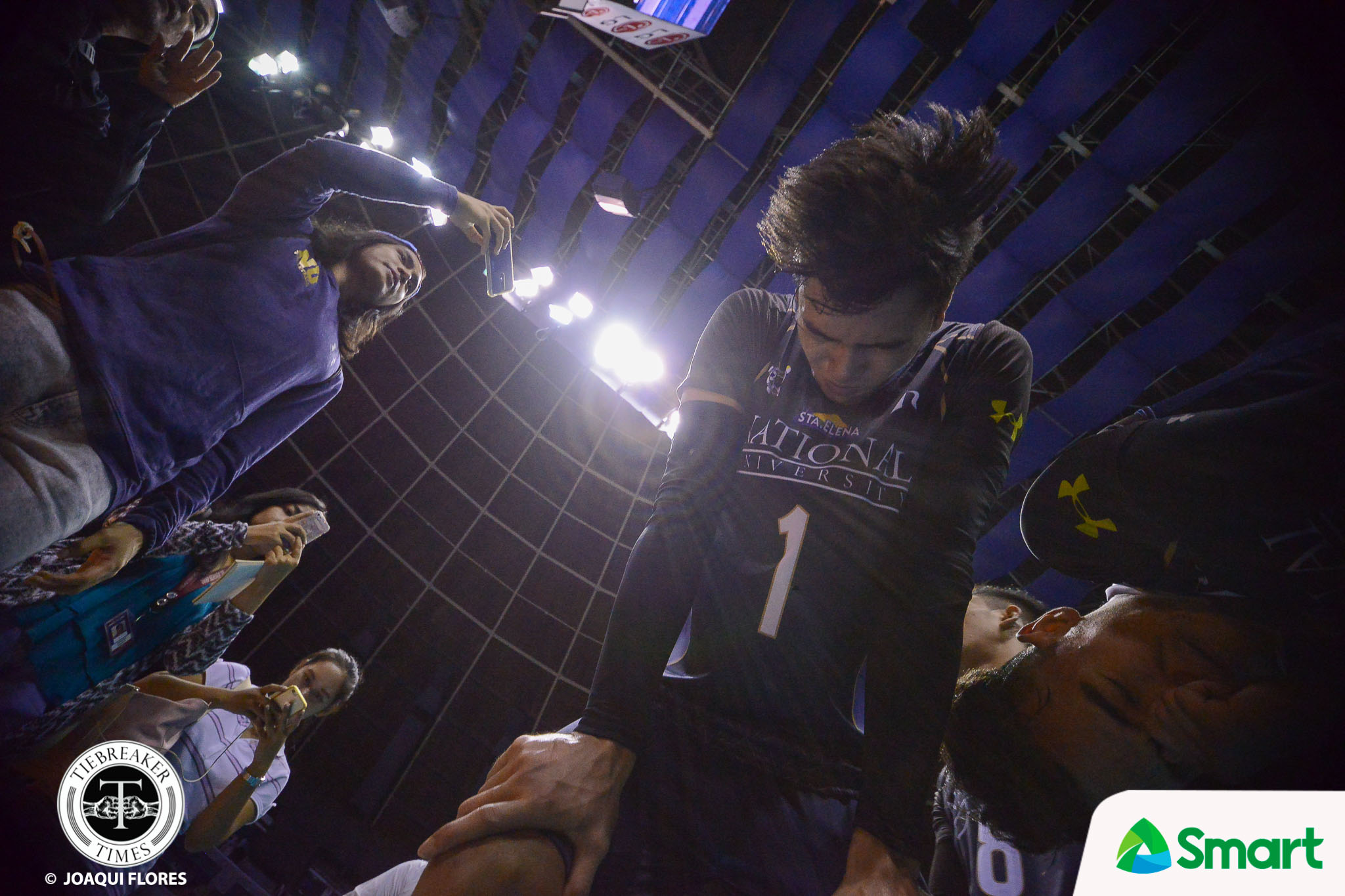 ‘Spiderman’ could stay behind bars for a week