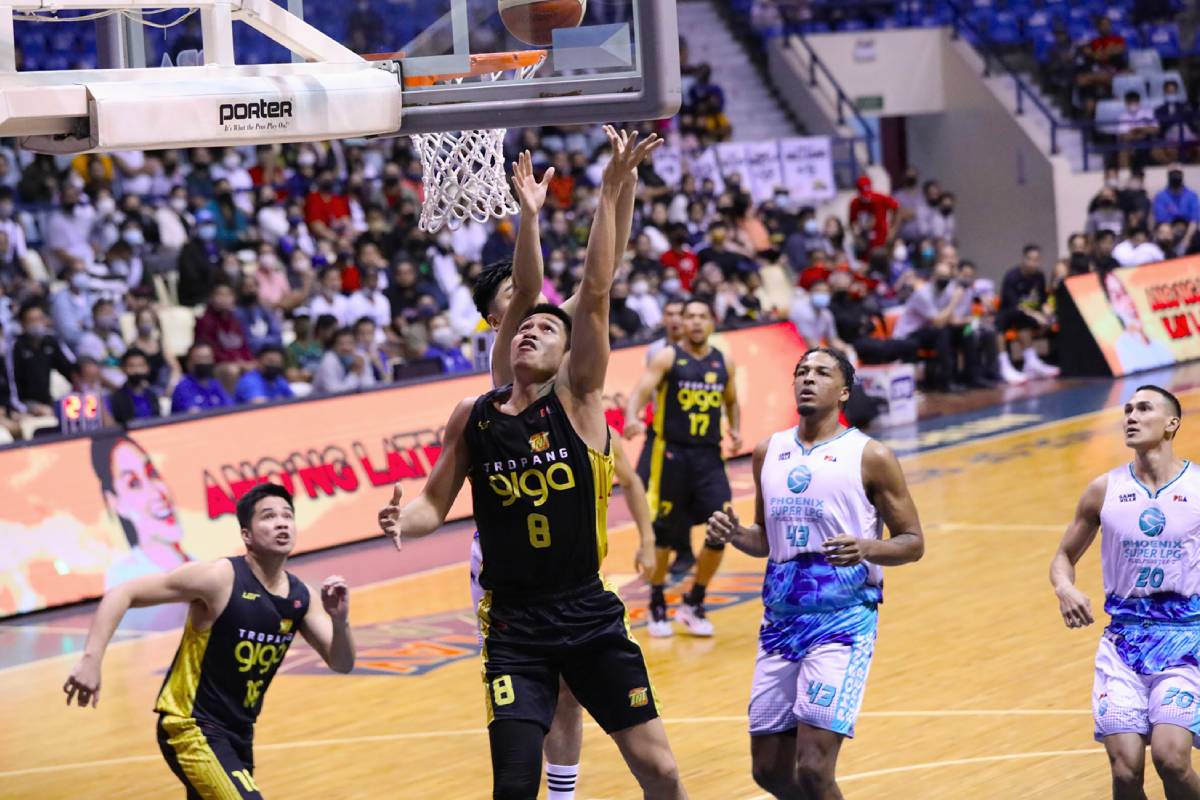 ANTIPOLO – Calvin Oftana is now finding his place within the loaded TNT lineup following a breakout performance for his new team on Sunday night.

The sophomore winger played his best game in a Tropang Giga uniform against Phoenix Super LPG, finishing just seven points shy of his PBA career-high as he fired 27 points on seven three-pointers in 38 minutes as a starter.

He has actually been waiting for this moment, admitted the 26-year-old, after so-so outings that included a pair of four-point performances.

“I’m waiting for this game,” said Oftana after the match at the Ynares Center here.

But it’s quite unfortunate that the former No. 3 overall pick couldn’t celebrate such a fine game. TNT lost, 91-88, absorbing its second loss in a row and fourth overall in seven games in the ongoing Commissioner’s Cup.

Oftana lamented the undermanned Tropa’s bad start against the league’s hottest team, which saw them score just seven points in the opening frame.

“Bad start. Off lahat,” offered the former NCAA MVP out of San Beda, who scored two points in their first-quarter output.

Chot Reyes’ wards did fight back and even took an 88-85 lead approaching the final four minutes, but could not protect as much after committing three turnovers — two of which came from Oftana himself.

“Ako, sa sarili ko, frustrated kasi I committed a couple of turnovers,” lamented the 6-foot-5 cager, who finished with a total of five turnovers.

TNT now finds itself sitting at the eighth spot in the standings and it definitely wants to place better, thus the need Oftana sees to hustle more especially after being outworked by the surging Phoenix in rebounding, 55-44.

The former Gilas Pilipinas stalwart himself was far from the usual on the boards with only two to his name after averaging 6.8 in their first six games.

“A little bit of hustle din,” said Oftana, who arrived at the flagship MVP franchise via trade prior to the conference. “Na-outrebound din kami.”