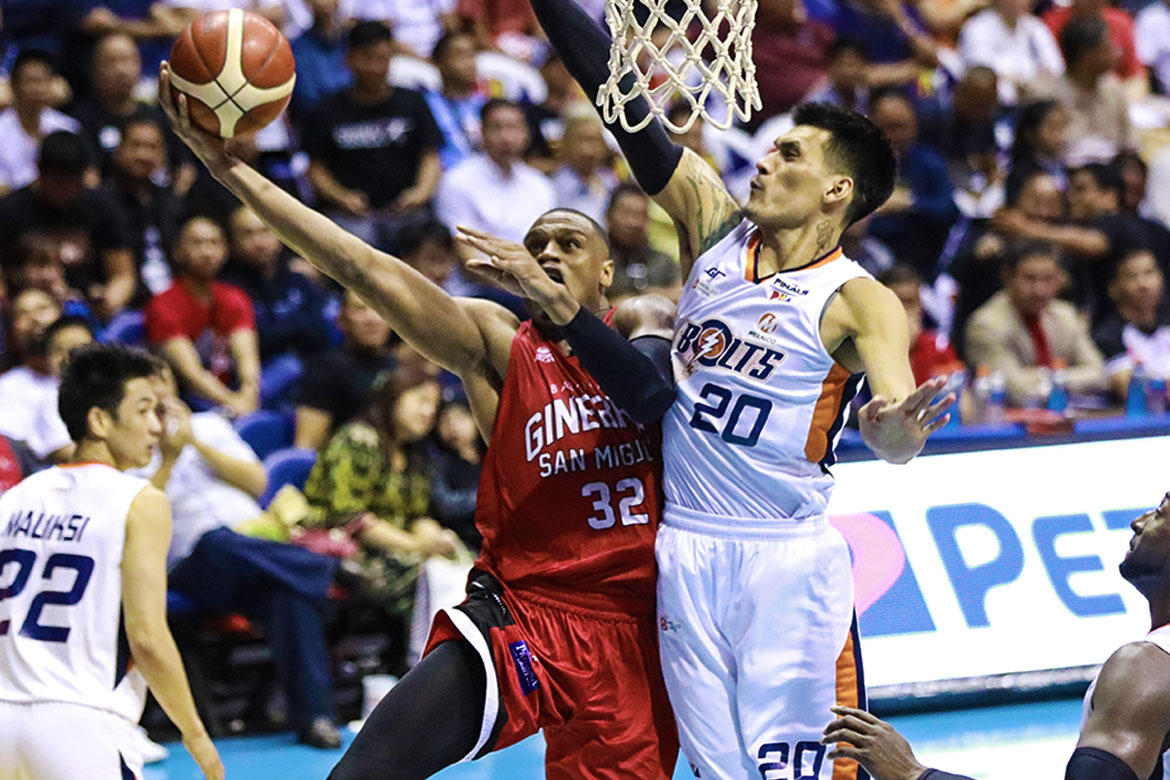 Justin Brownlee has no issues with Allen Durham copping the 2019 PBA Governors’ Cup Best Import award, saying that his counterpart deserves the recognition for his achievements for Meralco.

Brownlee witnessed the coronation of the hulking 6-foot-5 American as the conference’s top foreign reinforcement moments before Game Four of the Finals series between the Bolts and the Gin Kings at the SMART Araneta Coliseum.

“Would have been great to win it but Allen… After everything, he deserved it,” said Brownlee, the smallest to ever win Best Import in the Commissioner’s Cup — he copped one back in 2018, where he also led Ginebra to the title.

“You know, every time he’s here in the Philippines, he elevated his team and have them playing great basketball, I think, playing at the highest level so I think he deserves it. You know, he fought for it and he deserved it.”

But at the end of the night, it was Brownlee who’s more victorious than the newly-minted three-time Best Import.

The versatile forward, who is 31-year-old, poured in 27 points — 15 of which he made in the second period alone. He also collected eight rebounds, eight assists, five steals, and four blocks to power the crowd darlings to a dominant 94-72 victory.

“And even though he didn’t win the Best Import award, he’s still gonna go down as one of the greatest imports, at least in Ginebra history, maybe PBA history.

“So, you know, those things aren’t surprising when Justin does those kinds of things — takes over a quarter or takes over a half — and it’s not surprising at all,” added Cone of Brownlee, who helped him win his last three titles.

The win now gives the Barangay a commanding 3-1 lead in the best-of-seven series. Brownlee admitted that they are “super motivated” to finish things off in Friday and regain the crown they failed to defend last season.

They aren’t looking too far ahead, though. For Brownlee, they still have to brace for a tough challenge from Meralco.

“Super motivated. Ever since last year, we lost in this conference. Now we’re back at exactly where we want to be at right now, but we’re still not satisfied,” said the product of St. John’s University.

‘We understand Meralco is a tough, tough team. If we allow any little room, we know they can come back.”