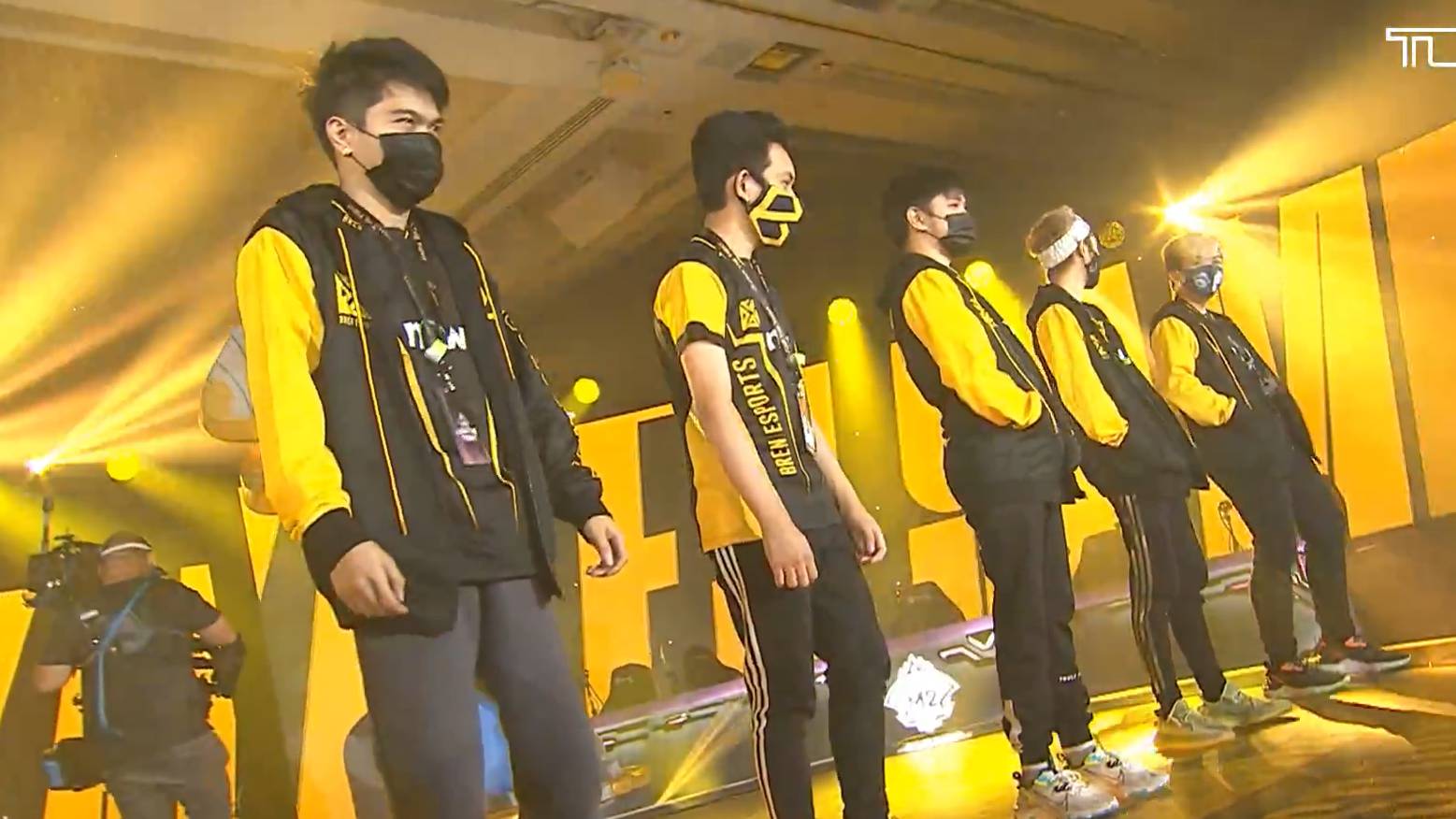 Picked as the early favorites to win the world series, BREN Esports found themselves in an unfamiliar territory facing a motivated Burmese Ghouls side.

The MPL-Philippines titlist got obliterated in the opening match, dropping Game One in just under 13 minutes of game time.

Maybe (Hilda) spearheaded Burmese Ghouls’ annihilation of the Filipinos, giving KarlTzy (Claude) a hard time in the jungle all while providing space for Ace (Yi Sun Shin) and RubyDD (Lunox) to pick up their respective core items.

The four-protect-one strategy of BREN Esports failed to deliver as the Myanmar contingent scored a total of 22 kills while BREN Esports only had five.

Ace led the offense with six kills, zero deaths, and 11 assists while Dee, who constantly picked off KarlTzy during clashes, had eight kills, a death, and seven assists.

Meanwhile, KarlTzy was held to just two kills, four deaths, and two assists while Pheww (Valir) also struggled all throughout the match with a kill, six deaths, and an assist. 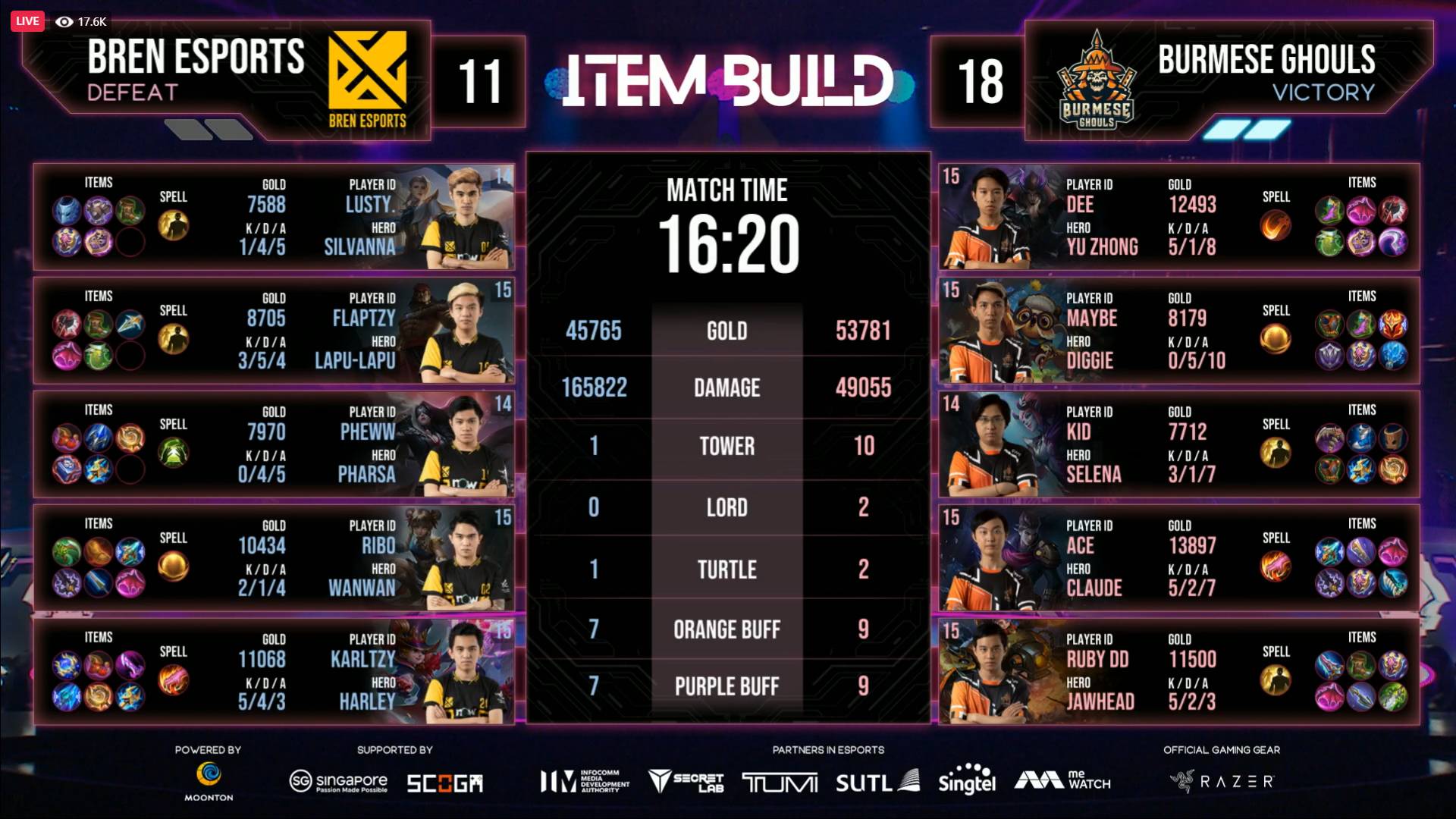 BREN Esports tried to extend the series in Game Two by giving Ribo the Wanwan, but Burmese Ghouls’ Diggie-Selena combo proved to be too much for them to overcome.

KarlTzy, who played the Harley this time around, had five kills, four deaths, and three assists. Ribo, meanwhile, did a pretty good job in trying to stay alive in the early game but was held to just two kills, a death, and four assists.

Pheww (Pharsa) continued his struggles in Game Two with a 0-4-5 kill-death-assist tally while FlapTzy finished with three kills, five deaths, and four assists.

Dee’s Yu Zhong proved to be a problem once more as he had five kills, a death, and eight assists for the side of the Burmese Ghouls.

BREN Esports will go up against MPL-MY/SG champion Todak in the lower bracket on Saturday while the Burmese Ghouls will proceed to the upper bracket finals and face the winner between the RRQ Hoshi-Smart Omega Esports bout.