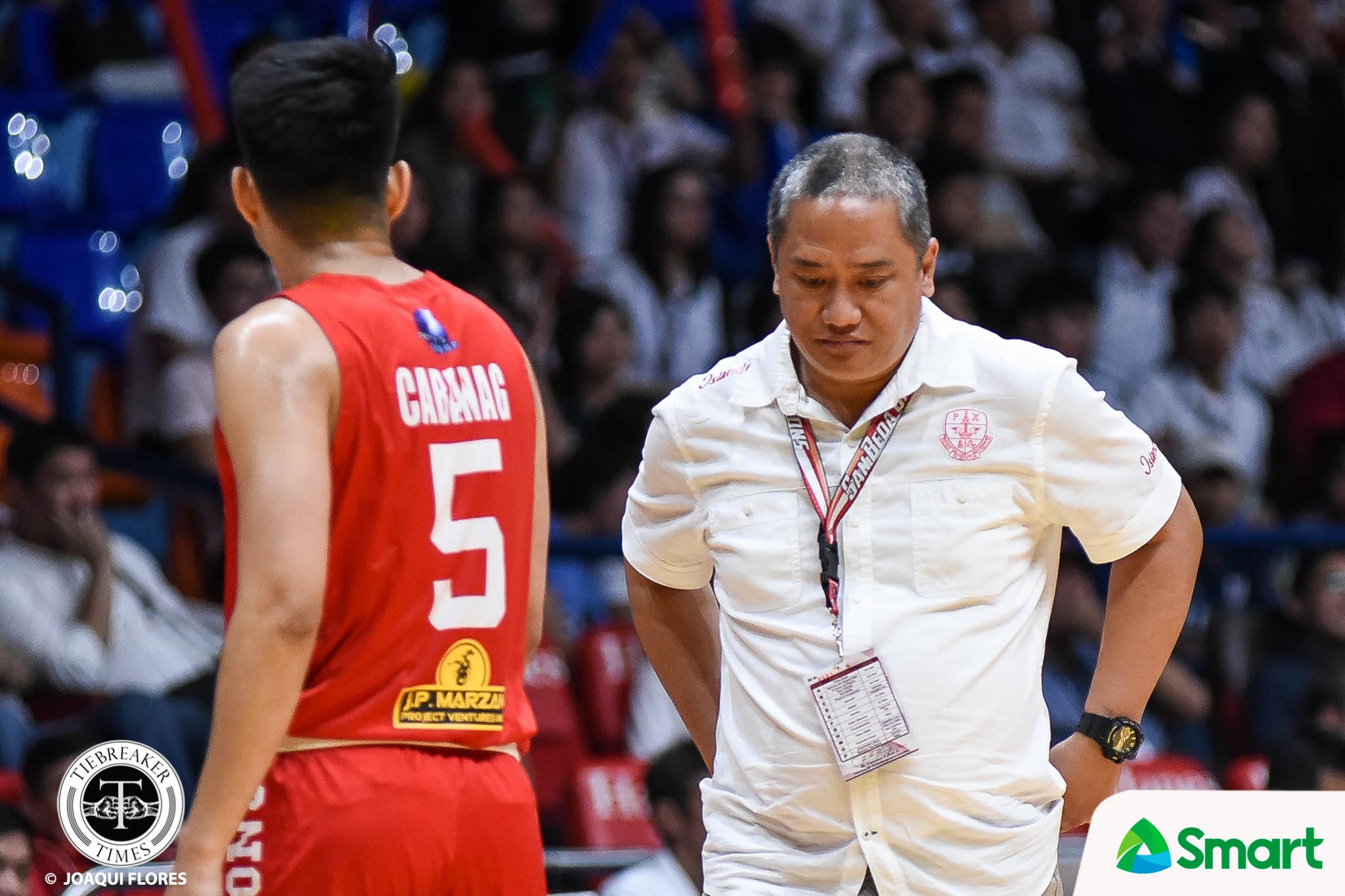 Outside of the scoreline, there was no real winner after the rivalry game between the San Beda Red Lions and the Letran Knights.

If Knights strategist Jeff Napa was frustrated with how his team came out of the dugout after halftime, Red Lions tactician Boyet Fernandez could not believe how his team could squander an imposing 22-point lead late in the game.

And Fernandez took full responsibility for how the game turned out.

“It’s really tough to give up twenty-eight points in the fourth quarter,” recalled Fernandez.

“If we have lost this game, I should probably blame myself for that, because I gave everybody a chance to play and the other guys who came in just simply didn’t want to really step up.”

Behind the efforts of Donald Tankoua and Robert Bolick, San Beda built a 67-45 lead with 6:19 left in the game. With the lead, Fernandez was afforded the luxury of fielding in the second and third stringers of the Red Lions.

The result? A collapse.

The Red Lions on the floor at the time decided for themselves that the game was virtually over. Red Lions like Radge Tongco kept chalking up threes, while the team did not go hard trying to break Letran’s press. On the other hand, Letran went on a 23-2 run to slice the lead to just a solitary point with 16.8 seconds remaining. 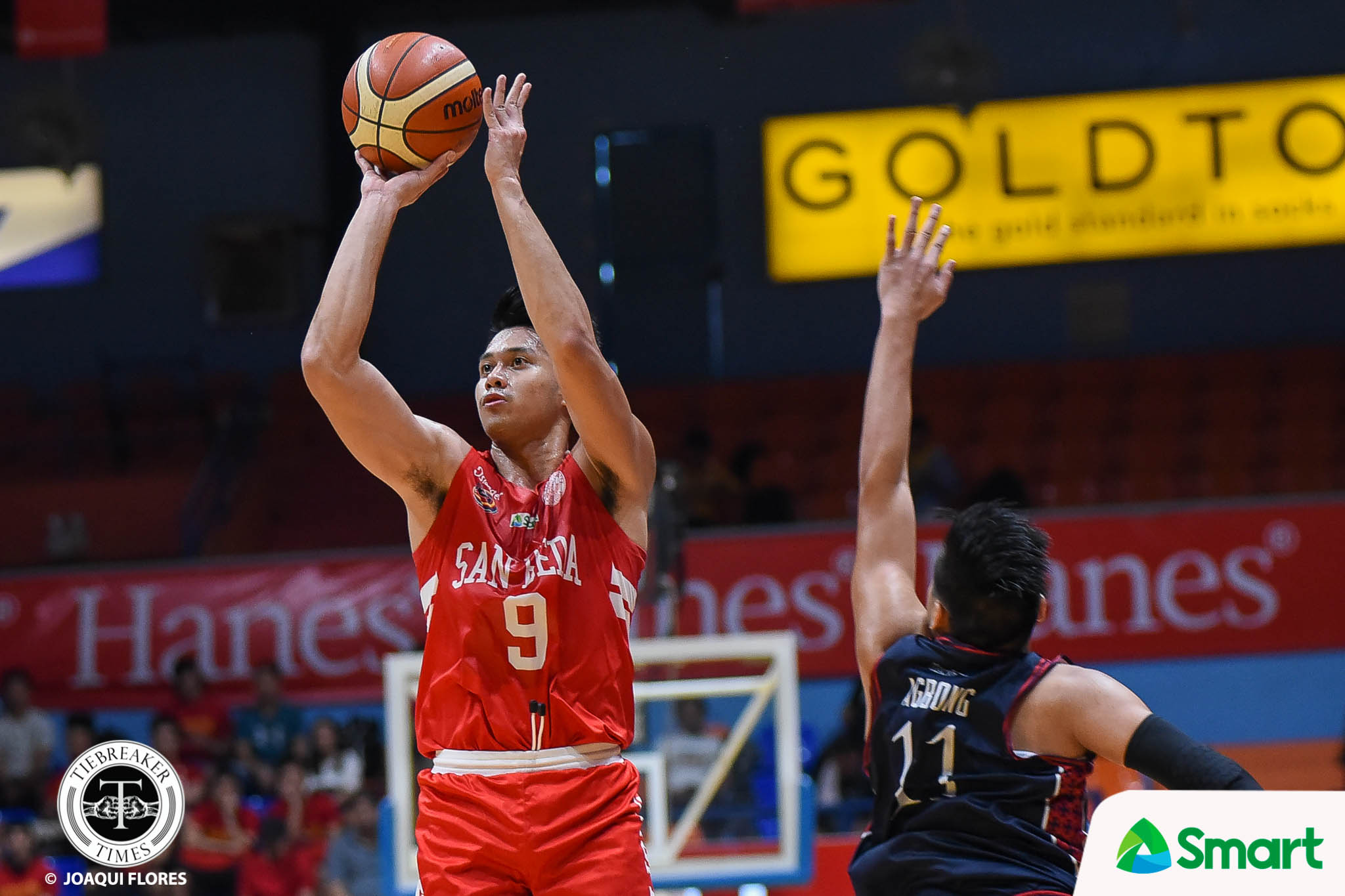 “Actually it’s really the attitude eh. It’s the attitude thinking that you already have 22 points and then they just simply taking all those three-point shots out there,” Fernandez added.

“I just hope… probably they all want to play. Yes, I’m giving them a chance to play but that’s simply not acceptable – the fact that if you haven’t played the whole third quarter and you’re given the chance to play in the fourth quarter, that doesn’t mean you just [shoot] three-points and three-points, and you will not play defense,” he pointed out.

Fortunately for the Red Lions, the closers for the day – namely Donald Tankoua, AC Soberano, Franz Abuda, Joe Presbitero, and Javee Mocon – managed to keep their poise to give San Beda a 74-68 victory.

Besides this, the game also proved that Robert Bolick will be a marked man the rest of the way. The graduating senior was limited to just 13 points in the game and fouled out late.

With the way this game turned out, Fernandez hopes that this serves as a wake-up call for the two-time defending champions. 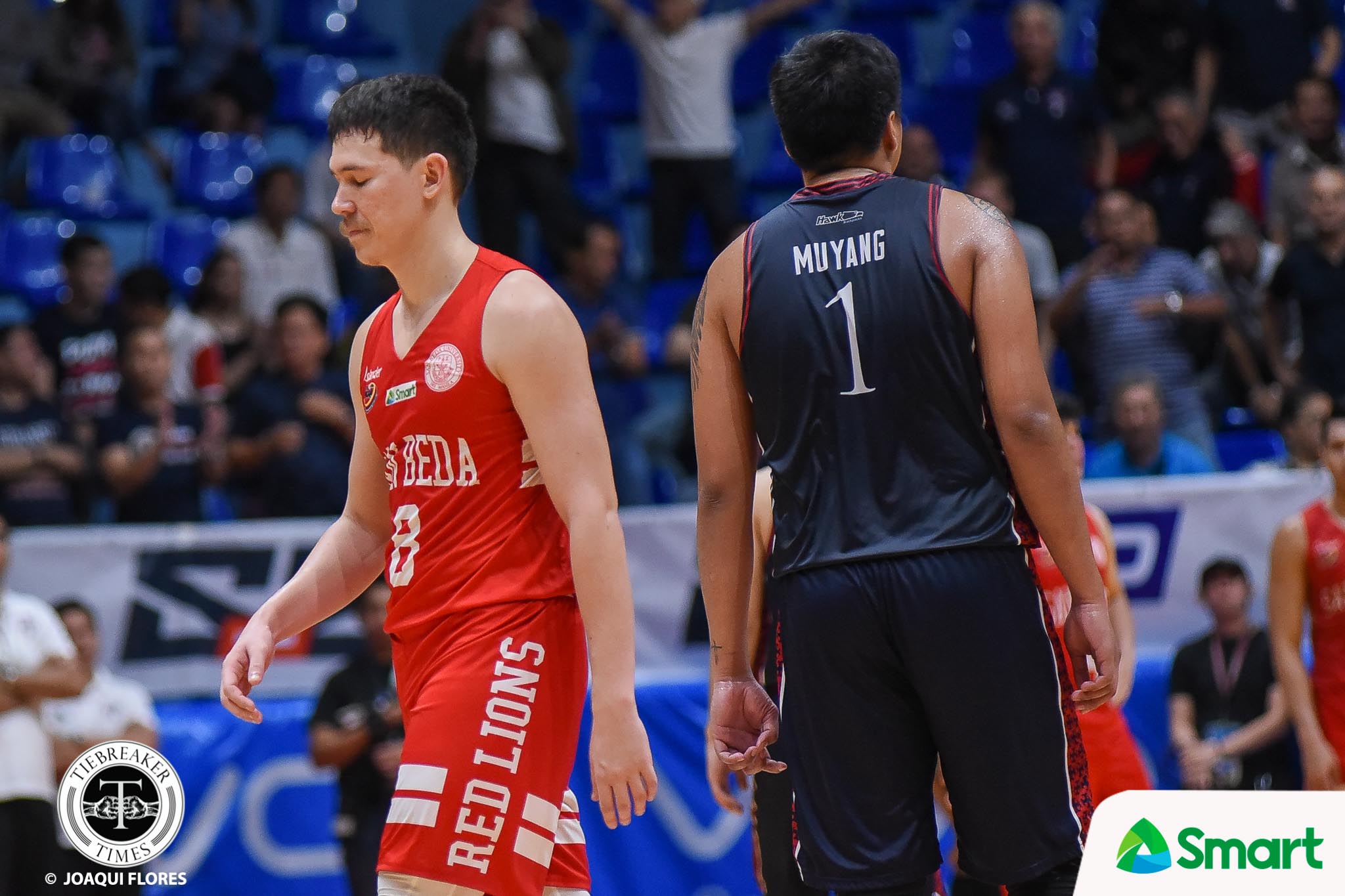 “Robert was not there at the end of the ball game. I’m happy that somebody stepped up but again as what I’ve said wherever Robert goes, we go,” Fernandez stressed.