Babylove Barbon has been called up for the Philippine Women’s National Beach Volleyball Team that will compete in the 2018-20 AVC Continental Cup from June 18-27 in Nakhon Pathom, Thailand.

Barbon, a third-year UST Golden Tigress, will be paired up with Dij Rodriguez for the tournament that has one Olympic slot at stake.

Rodriguez’s original partner from the 30th Southeast Asian Games Dzi Gervacio sustained a knee injury prior to the tournament.

Team A will still be composed of Sisi Rondina and Bernadeth Pons.

The women’s team which is coached by Paul Jan Doloiras will have to finish in the top two in a group that consists of Japan, New Zealand, and Sri Lanka to advance to the Final. Sri Lanka though has reportedly pulled out of the tournament.

Waiting in the final are Australia, China, Indonesia, Kazakhstan, Thailand, and Vanuatu.

Over on the men’s side, Team A will be composed of the tried and tested duo of Jaron Requinton and James Buytrago while Team B will have Jude Garcia and Krung Arbasto.

Tough will be the journey of the men’s side as only one team will advance to the final. The Philippines will have to go through Australia, Japan, Kazakhstan, and Lebanon.

Reserves for the women’s team are Mer Jauculan and Gen Eslapor while Ranran Abdilla and Pemie Bagalay will be ready for the men’s side in case someone does not clear health protocols.

The national team has already broken their Ilocos Norte camp and are set to leave the country on Sunday. 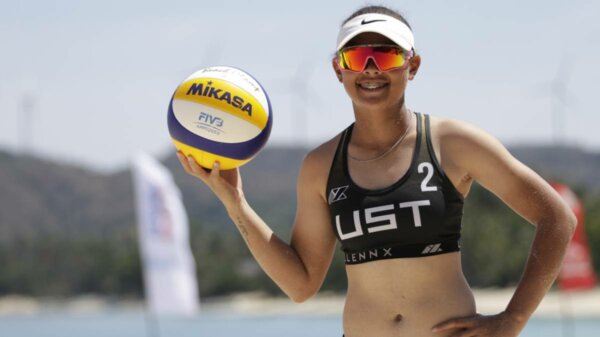