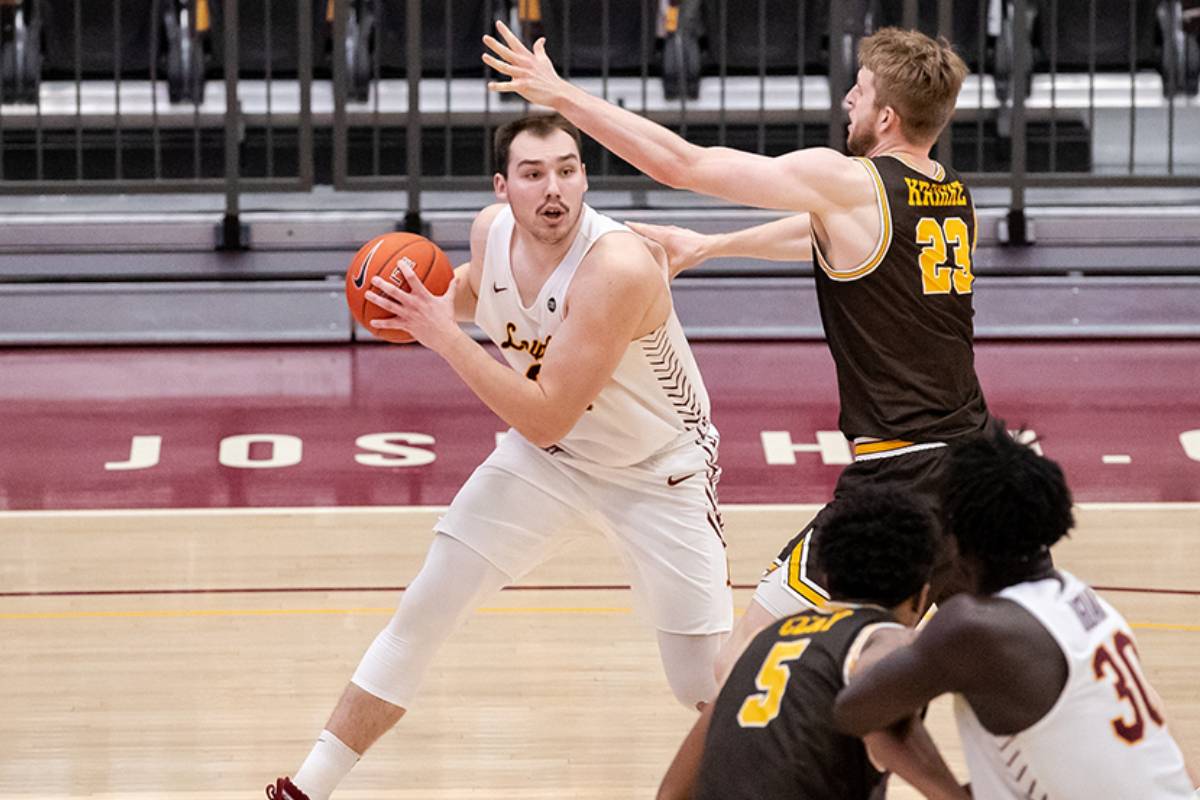 Cameron Krutwig is set to reinforce Blackwater in the 2022 PBA Commissioner’s Cup.

The American cager is scheduled to arrive on August 14, and will undergo the mandatory height measurement in the league’s office the next day.

Listed at 6-foot-9, the 23-year-old is known for helping lead Loyola Chicago to a rare Final Four appearance in the 2018 NCAA tournament.

This will be the Algonquin, Illinois native’s second professional stint after playing for Telenet Giants Antwerp of the BNXT League.

Krutwig averaged 10.0 points on 61-percent shooting from the field and 6.3 rebounds for the Belgian ball club in the recent FIBA Europe Cup.

He is set to anchor a Blackwater side looking to make a mark in the mid-season conference, which is set to raise its curtains on September 21.

Krutwig will make his Bossing debut later this month as the club is partaking in the Elite International Basketball Championship in Dubai.

He and the rest of the team are set to fly to the emirate on the 18th for the tournament scheduled to take place from the 20th to the 27th.

The Dioceldo Sy-owned franchise is keen to become a consistent playoff contender after a quarterfinal finish in the 2022 Philippine Cup.

It was their first playoff appearance in three years, or since reaching the quarters as well in the 2019 Commissioner’s Cup.