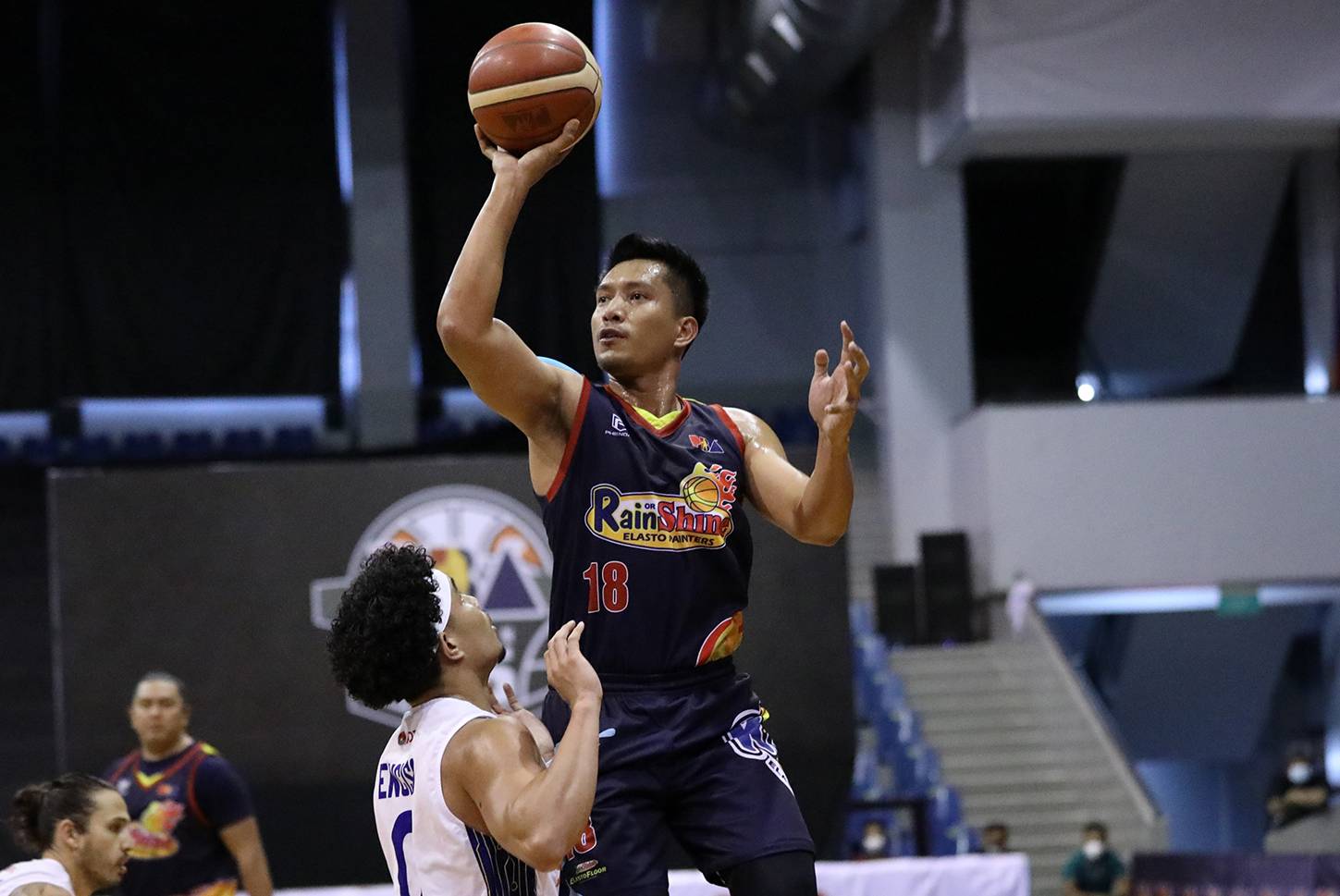 SMART CLARK GIGA CITY — James Yap only made a grand total of four three-pointers out of 26 attempts in his first eight games with Rain or Shine in the 2020 PBA Philippine Cup inside the bubble.

But on Tuesday, he equaled that number just in the first half of the Elasto Painters’ match versus TNT. And he made history in the process, tying PBA great Ronnie Magsanoc at no. 3 in the league’s all-time treys made list.

That, however, was the least of Yap’s concerns.

The 38-year-old met those expectations. He finished with a team-high 16 points — which he poured in the first half alone — to lead his side to gain control of the match. And the Elasto Painters eventually picked up the 80-74 victory.

Yap regaining his form couldn’t have come at a better time. Rain or Shine only needed one win to complete the quarterfinal picture, and it did just that big thanks to the future Hall of Famer whom many call ‘Big Game.’

Head coach Caloy Garcia is all praises for Yap, who has actually been hobbled by minor injuries in the bubble, including the soreness in his left calf that made him sit out their game versus Blackwater last Sunday.

“Ever since we entered the bubble, may nararamdaman siya. We couldn’t maximize him every game. If you noticed, sa mga ibang games he only played 15 minutes kasi ayaw namin ma-injure siya,” Garcia recalled.

“And we were looking at the long run kasi mas kailangan namin sa playoffs talaga si James. Today, he treated it as a playoff game. He came up big,” he added.

“I think he understands the situation.”

Yap just feels relieved to get the much-needed win since it has taken much of the pressure off the Elasto Painters. But he and his crew remain laser-focused, still, for their next match against Phoenix Wednesday.